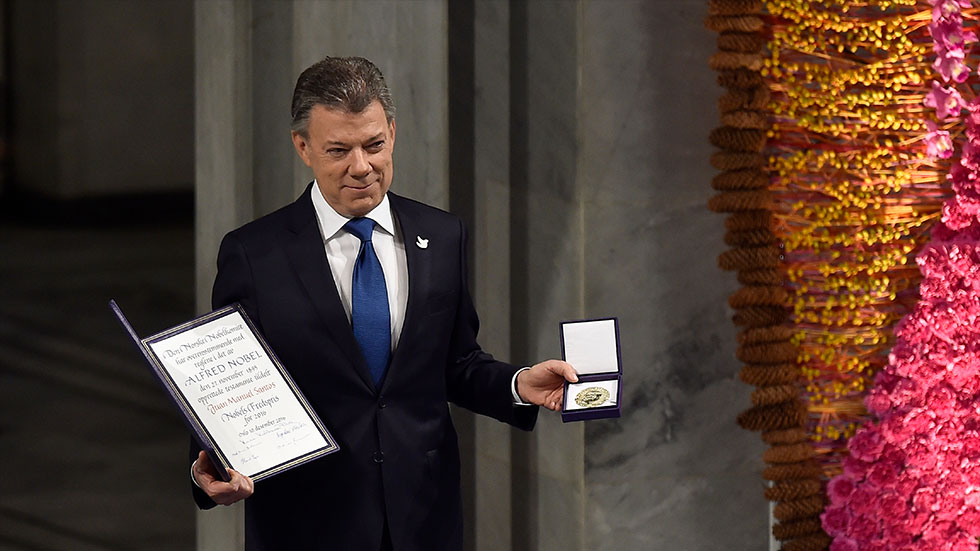 In his acceptance speech, Santos described the award as a “gift from heaven” and dedicated it to all Colombians, particularly the 265,000 killed and 8 million displaced in the longest-running conflict in the Western Hemisphere.

“With this agreement, we can say that the American continent — from Alaska to Patagonia — is a land in peace,” the president said in Oslo’s City Hall.

Santos reached a historic peace deal with rebels from the Revolutionary Armed Forces of Colombia earlier this year. But the initial deal was narrowly rejected by Colombian voters in a shock referendum result just days before the Nobel Peace Prize announcement in October.

“In our view there was no time to lose,” she said in her presentation speech. “The peace process was in danger of collapsing and needed all international support it could get.”

A revised deal was approved by Colombia’s Congress last week.