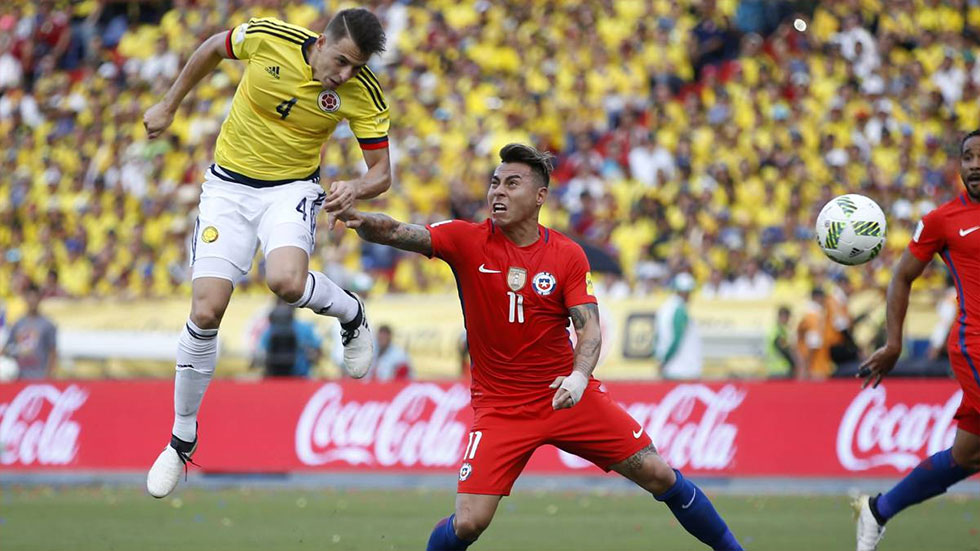 Claudio Bravo was Chile’s hero as the country ground out a hard-fought 0-0 draw in their 2018 World Cup qualifier with Colombia on Thursday before departing with a leg injury.

Manchester City goalkeeper and Chile captain Bravo pulled off two superb first half saves as the Copa America champions dug in for a vital point in sweltering conditions in Barranquilla.

But Bravo’s display was soured by what looked like a pulled muscle in the second-half, forcing the veteran Chile keeper to be replaced by Johnny Herrera in the 65th minute.

The result left Colombia with 18 points from 11 games in South America’s qualifying race, with Chile on 17 points.

Four other matches, including Brazil’s clash with Argentina, were taking place later Thursday.

A cagey opening period saw both sides set out cautiously, Chile having the first shot on goal when Arturo Vidal’s first-time volley from the edge of the area went just wide with Arsenal’s David Ospina beaten.

Colombia gradually got on top of the visitors however, dominating possession for long periods and forcing Chile into a series of niggly fouls.

Charles Aranguiz became the first to earn a caution from referee Wilton Sampaio for a petulant kick on Colombia’s Edwin Cardona.

From the ensuing free-kick, James Rodriguez picked out central defender Oscar Murillo whose firm header was parried over the bar with fine reflex save from Bravo after 37 minutes.

Enzo Roco became the second Chilean to earn a booking in the 42nd minute, taking out Cardona with a cynical lunge as the Mexico-based attacking midfielder burst clear down the left flank.

In the closing minutes of the first half, Colombia were denied by Bravo again. Rodriguez’s free-kick was flicked on by Abel Aguilar and Miguel Borja’s close-range effort was turned around the post.

Colombia brought on veteran striker Radamel Falcao at the start of the second half but the Monaco forward was unable to break the deadlock.

The hosts’ best chance came to Rodriguez in the 90th minute, but the Real Madrid star’s dipping shot was well saved by Herrera.