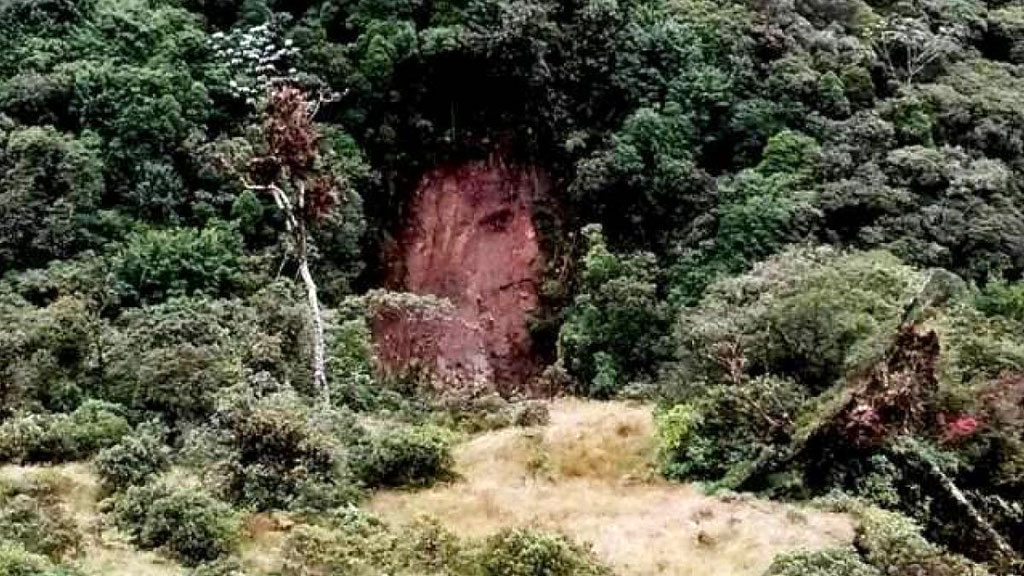 Worshippers from southern Colombia have been flocking to a mountain where they believe a landslide revealed the face of Jesus Christ.

The landslide took place in San Francisco, a jungle municipality in the southern Putumayo state.

The discovery was made Saturday and has since attracted hundreds of visitors wishing to see the apparition.

Local landowners quickly saw an opportunity to make a small profit off of the natural event, charging pilgrims a small fee to view the figure.

Police also increased their presence in an effort to maintain order amid the rapid influx of people.

Ximena Rosero Arango, one of the many who flocked to the site to photograph the image, told El Tiempo newspaper that “If you believe in Jesus, you will see his face.”

This appearance of Jesus’ face adds to a long list of supposed prior appearances, with people claiming to have seen the holy figure on tree trunks, clouds, walls, and even bird excrement.