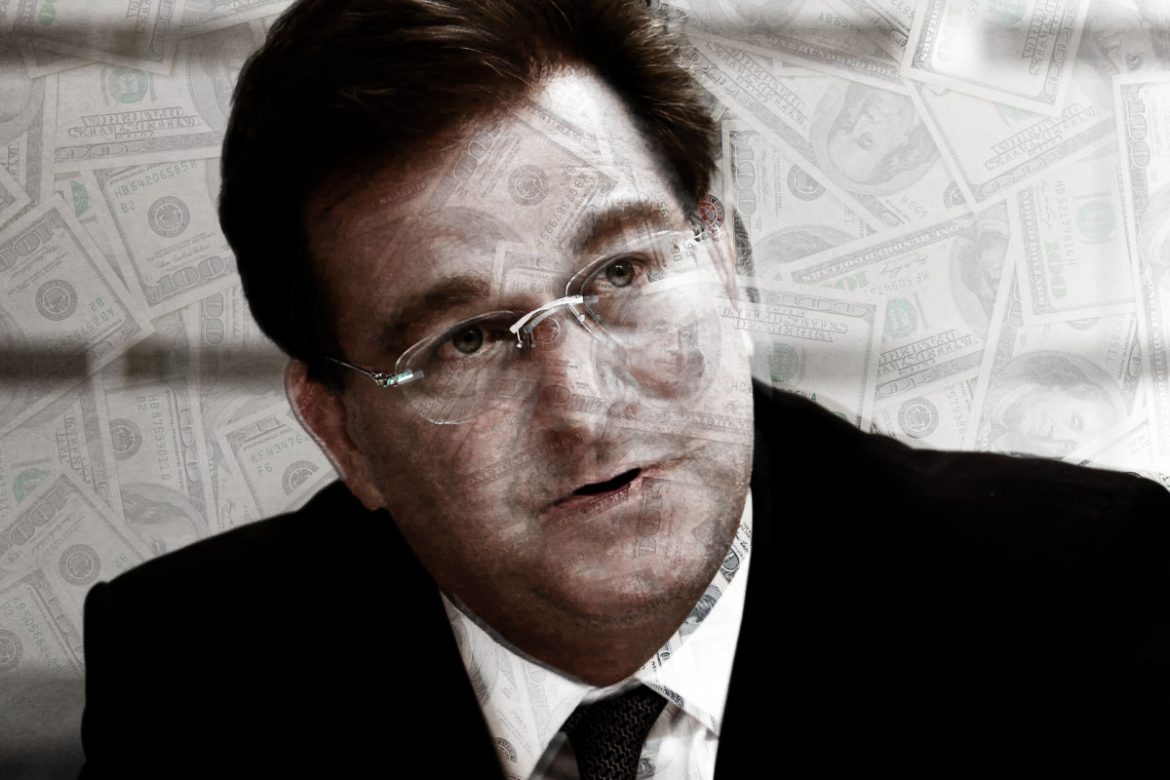 Colombia’s second richest man, Jaime Gilinski, likes to avoid attention as the legitimacy of the country’s “nouveau riche” is questionable.

The banking mogul and his family over the past decades constructed an intricate network of more than 100 banks and trust funds, many of which were carefully hidden from tax authorities in Colombia, the United States and Europe.

Gilinski learned to lay low the hard way after the main office of his first bank, the Banco Andino, was reportedly caught moving money to corrupt politicians for the Cali Cartel in 1994.

The creation of Bancolombia with the Antioquia Syndicate business cartel turned into a major legal battle with the Gilinski family who abandoned their share in 2010, after which stocks went up and the bank became Colombia’s largest.

Meanwhile, Gilinski’s GNB Sudameris bank was sanctioned by Colombia’s financial watchdog 15 times on all kinds of charges between 2001 and 2013.

Gilinski had branched out to the United States with the Eagle National Bank of Miami, which received a cease and desist order by the Federal reserve in 2005 over the Colombian banker’s alleged “parallel banking” practices.

The key money laundering concern regarding parallel banking organizations is that the U.S. bank may be exposed to greater risk through transactions with the foreign parallel financial institution. Transactions may be facilitated and risks heightened because of the lack of arm’s-length dealing or reduced controls on transactions between banks that are linked or closely associated. For example, officers or directors may be common to both entities or may be different but nonetheless work together.

Gilinski was able to sell the bank in 2009, ending his American dream, at least up north.

In South America, the banker bought HSBC banks in Colombia, Peru, Paraguay and sought to set foot in Uruguay in 2012.

“We shall continue to serve each client in each of the four countries with the same level of quality, profitability and efficiency that has been our trademark in the Colombian market,” said Gilinski.

The risk of going above ground 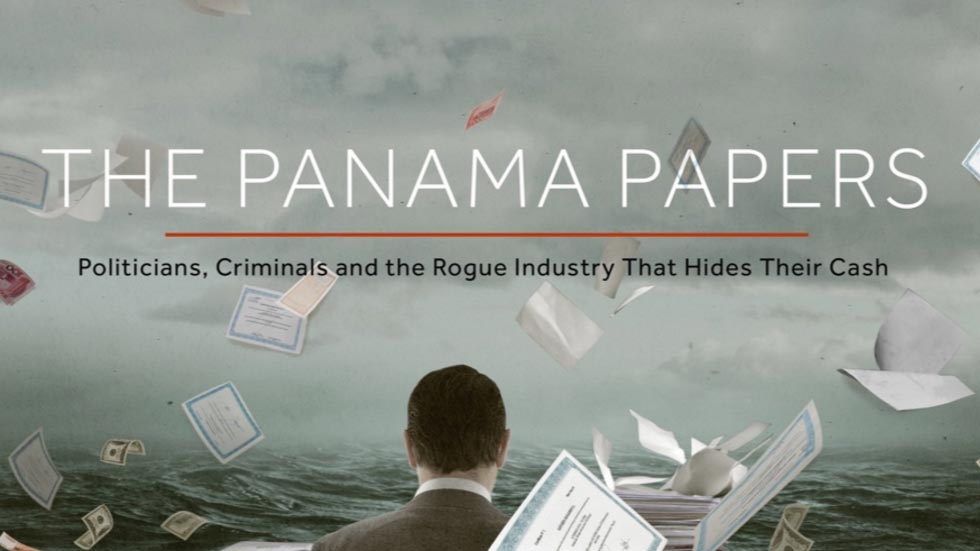 Gilinski’s net worth had swollen to $3.5 billion by 2017, according to Forbes. His problems, however, had too.

More than 27 years after the registration of Gilex Holding BV in the Netherlands, the parent company of GNB Sudameris moved to Luxembourg, the country with some of the strictest bank secrecy laws in Europe.

On that same day, Spain’s central bank announced to tighten regulations on Banco de Sabadell, which found itself in serious trouble over the April 2016 Panama Papers leak.

One week later, Gilinski bragged to Forbes about the $1.4 billion he had made with “Panama Pacific,” which was dubbed “the most audacious real estate project in the world” by the financial publication.

Until last year, Panama Pacific was nothing but an industrial complex in one of the Colombian banker’s favorite tax havens. 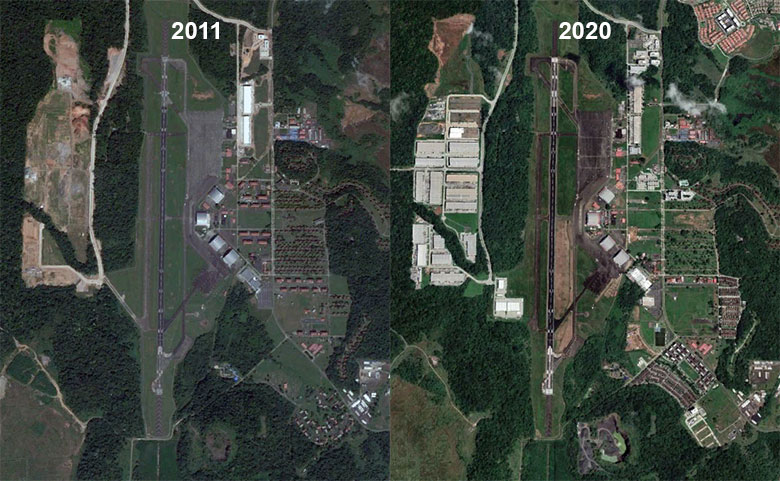 Sabadell reported to Spain’s financial watchdog that Gilinski sold 3% of the bank’s stocks under market value in November 2016, enough for the banker to avoid his assets being audited by the central bank.

The market was happy to see Gilinski go. Sabadell’s stocks went up like those of Bancolombia six years before.

The police gets involved

Gilinski learned soon that the European Central Bank (ECB), the European Parliament and international police organization Europol had opened investigations after he had evaded the Spanish central bank.

Europol has compared the Panama Papers published by the ICIJ with its own databases and found 1,722 names in the Panama Papers that match with entities that had been reported by EU Member States as having been involved in potential money-laundering transactions.

Gilinski didn’t do business with Mossack Fonseca, so the Panama Papers didn’t directly affect the Colombian banker, but  Spanish media and the Paradise Papers did.

The second offshore revealed GNB Sudameris and many of Gilinski’s family had offshore accounts in more than a dozen Caribbean tax havens.

Spanish media additionally revealed that Sabadell and Gilinski never told financial authorities that the Spanish bank lent the one of the Colombian investor’s Panamanian firms $275 million around the time Gilinski invested $337 in Sabadell.

The ECB slapped the Spanish bank with a $2 million fine in May 2018 for failing to report the sales and acquisition of major assets between 1 January 2014 and 7 November 2016.

Among these transactions was Sabadell’s acquisition of the GNB Sudameris shares from Gilinski’s now-defunct holding in the Netherlands.

When Sabadell sold these shares for $60 million to a Panamanian company in March 2019, Spanish media implied Gilinski hadn’t sold 3% of his shares in the bank as reported to the Spanish central bank in 2016, but had dumped his entire 7% stake.

Gilinski’s father Isaac complained in 2007 already about the bad press he was getting after the SEC sanction, the piling sanctions of Colombia’s financial superintendent and the ongoing legal battle over Bancolombia.

They didn’t have the pants or the courage to go with the truth. Someday I will have media, that’s for sure. I have already made some proposals.

The patriarch’s heir did well until his pride got the best of Gilinski and the banker found his family, his Colombian bank and his Caribbean businesses exposed by the media.

The banker and his son Gabriel announced they had bought weekly Semana in January 2019, which he would turn into “the Colombian Fox News” with the help of journalist “Vicky Davila,” a member of the infamous Gnecco crime family.

Instead of Europe, where banking regulators were becoming stricter by the year, Gilinski decided to focus on his tax haven empire in the Caribbean and bought the more than 75% of the shares of the FirstCaribbean International Bank from  Canada’s CIBC in November that year.

Using one of his firms in the British Virgin Islands, the Colombian banker additionally increased his stake in the British Metro Bank to 9% in December last year.

Two months later, the bank found itself embroiled in a scandal over handling money from Cuba and Iran in breach of strict US and EU sanctions.

GNB Sudameris announced in June that Colombia’s financial watchdog fined the bank for failing to implement measures against money laundering and the investigative journalism collective of the Panama Papers and the Paradise Papers released a leak from the US financial crime agency FinCEN in September.

The leak exposing “the role of global banks in industrial-scale money laundering — and the bloodshed and suffering that flow in its wake” and alleged GNB Sudameris Peru and Paraguay, and Gilinski’s newly acquired businesses in the Caribbean had been flagged over suspicious transactions.

The increased scrutiny has cost the banker who quadrupled the value of his first bank in just three years a few hundred million dollars over the past few years, according to Forbes.

Gilinski’s banking business is still doing considerably better than Semana, however. The magazine all but collapsed in November last year when Davila was appointed editor-in-chief of the publication.