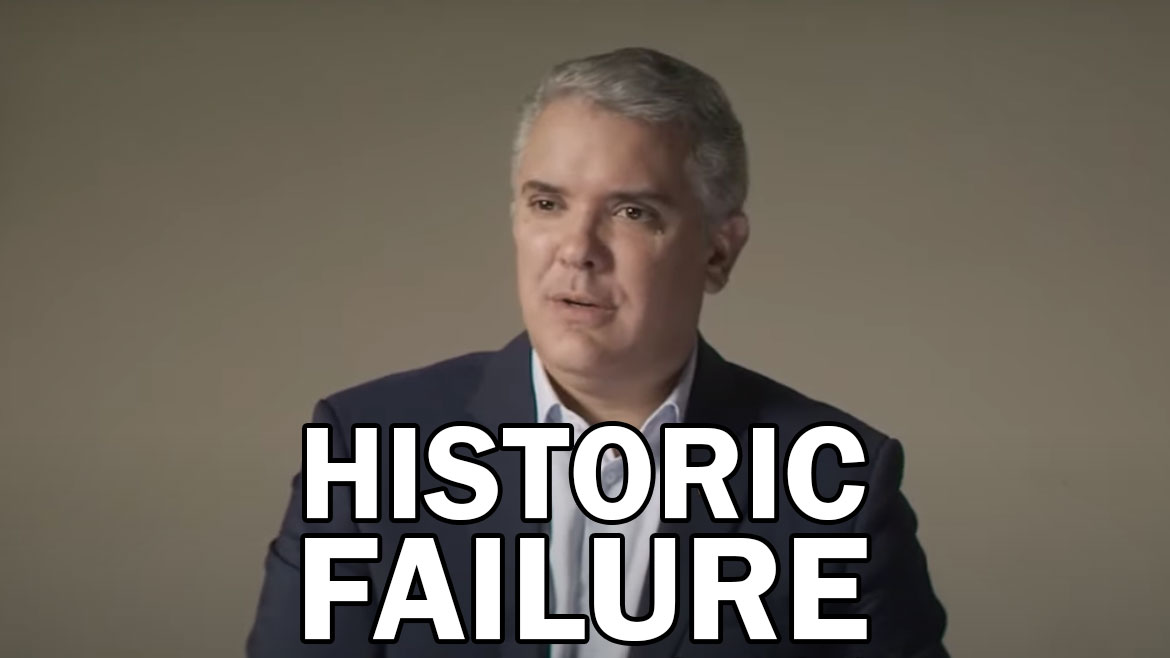 Critics’ claim that Duque is Colombia’s “worst president in history” was partially validated by pollster Gallup, which released its latest poll on Monday.

According to Gallup, the tin-pot-dictator’s disapproval rating reached a historic level of 76%, breaking the 20-year record of former President Andres Pastrana, one of Duque’s allies.

Also the president’s 18% approval rating is the lowest since Gallup began polling in 1994.

Duque has been struggling to find public approval since taking office in 2018, but took government misrule to a whole new level in the month leading up to ongoing anti-government protest.

The security forces’ use of extreme violence and terrorism to quell anti-government protests that kicked off on April 28 failed, but apparently secured the president’s entry in the history books.

Ever since taking office, Duque has tried to compensate his ineptitude with government propaganda, which has been as unsuccessful as the president’s attempt to falsify his academic credentials and attempts to govern.

The approval rating of the president’s informal boss, former President Alvaro Uribe, also dropped to a historic 20% low as both appear to be destroying their far-right Democratic Center party ahead of the 2022 elections.

The former president’s attempts to criminalize opposition and public protest against his puppet all but destroyed the once almighty Uribe.

Whether either will be able to recover remains to be seen as Duque is set to start negotiating with the leaders of national strikes that have triggered anti-government protests.

The failed attempt to violently repress the protests evaporated the president’s political capital and left the government without leverage to negotiate the far-reaching changes in economic policy demanded by the protest organizers.