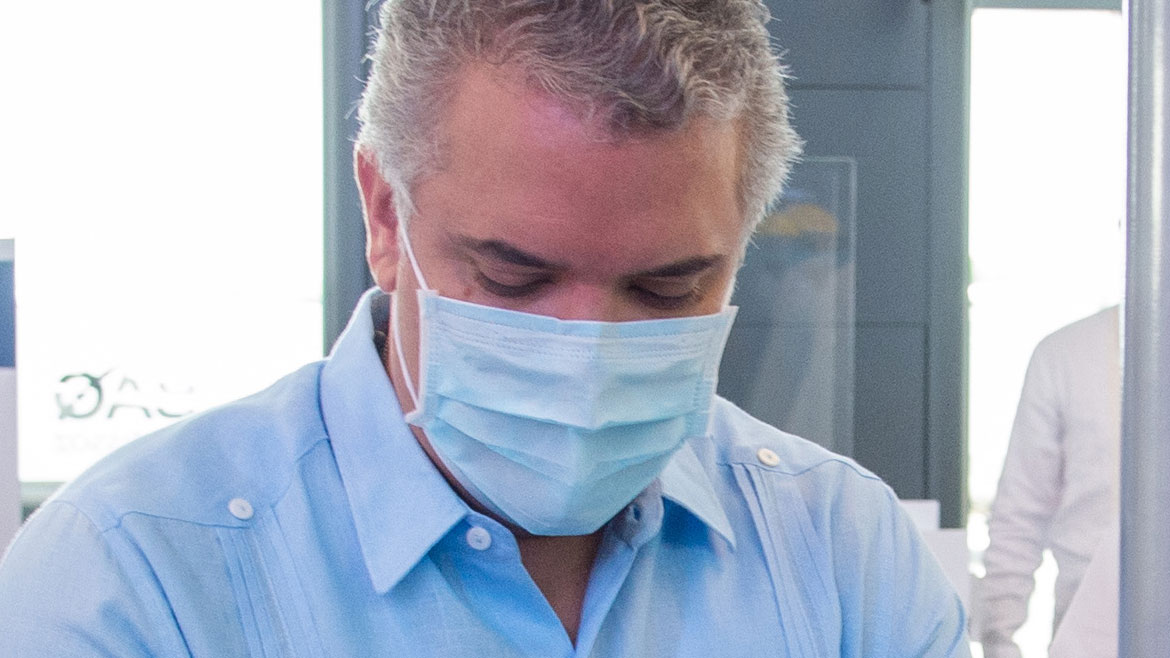 President Ivan Duque’s inaugural call to end division has been heard by Colombia’s voters, who reject his government with arguably historic unity, according to a poll.

Duque’s tragicomic misrule has brought together the country. Young and old, left and right, and rich and poor all seem to disapprove of “the worst president ever” without exception.

Within two and a half years, Duque has lost the majority support in every age group, social class and political side, according to pollster Invamer.

Whether any president in the history of Colombia has ever performed so poorly is impossible to say as polls haven’t been around that long.

Duque failed to break the disapproval rating record low of his predecessor, former President Juan Manuel Santos, who on two occasions sunk his approval rating to 21%.

The current president was on his way when his approval rating to 23% in February last year, but was saved by the coronavirus and now has the approval of 33%.

The unique thing about Duque is that the president is able to bridge political, social and generational divides and find disapproval everywhere.

While the far-right president founds most convincing disapproval among people who define themselves as left-leaning, Duque is rubbing the majority of people who consider themselves right-wing too.

When it comes to age, Duque continues to perform best — or not as disastrous rather — among people older than 55.

However, also among those who have lived the partisan violence fueled by the Cold War, the majority of people disapprove of the president whose government has tried to revive the political division.

When it comes to wealth division, Duque finds the least disapproval among people who define themselves as lower class.

The president enjoyed most support among the upper class shortly after his election, but seems to have spectacularly bungled this support, according to Invamer.

Duque’s unique ability to unite the country against him could be a major handicap for the president’s political allies running for office in next year’s congressional and presidential elections.

More imminently, Duque may have become a lame duck president as congressional allies may want to distance themselves from the government if they want to successfully run for office again next year.