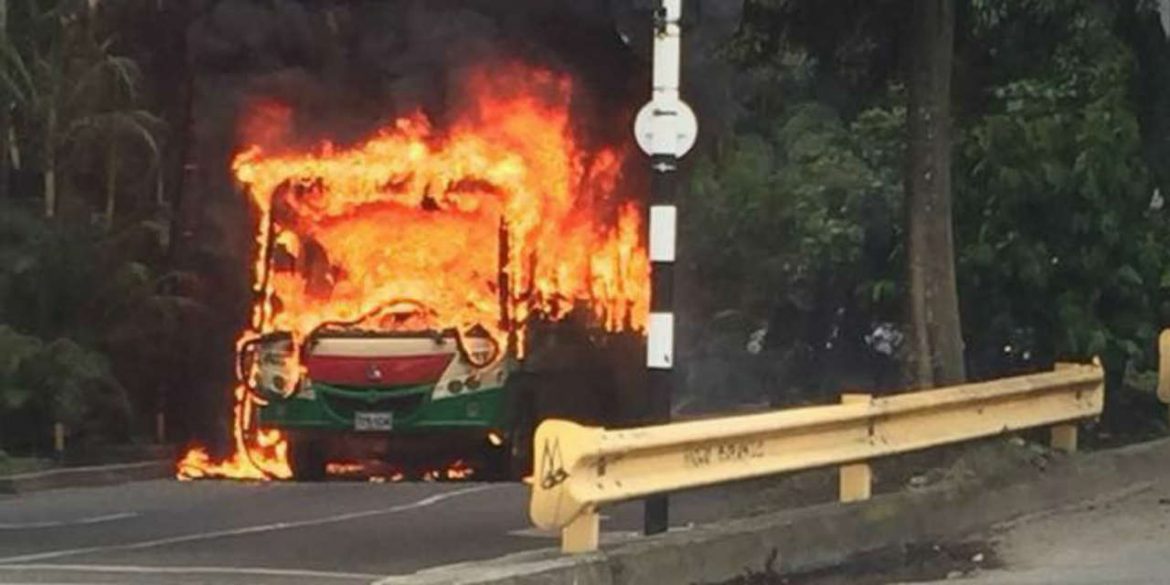 Is Medellin on the brink of another war?

Medellin officials said Thursday that the military has taken over parts of the city after fighting between local crime syndicate Oficina de Envigado and AGC paramilitaries escalated.

The military entered the 13th District where fighting between the gangs loyal to the groups has violently disrupted years of relative peace.

The gangs were not impressed. When Mayor Federico Gutierrez visited the district in an attempt to urge for calm, they opened fire.

Locals in the west are terrified after pamphlets appeared announcing an impending “social cleansing” to oust the paramilitaries from the city.

Bus companies suspended parts of the 13th and 12th district on Wednesday and the city’s metro announced it had suspended cable car services after passengers at one of the stations came under fire.

Colombia’s ombudsman issued an alert for the west and southwest of the city, warning the Interior Ministry about what “seems to be a serious threat to the AGC’s control over the mobility corridors in this part of Medellin.”

According to Verdad Abierta, a website dedicated to monitoring armed conflict in Colombia, communities in the northwest of the city have also rung the alarm over increased tensions.

The paramilitaries, who control the roads between Medellin and their heartland in the Uraba region, have had tensions with La Oficina since 2007 when former Oficina boss “Don Berna” allegedly ordered the assassination of AGC founder Vicente Castaño.

Fighting between La Oficina and a breakaway gang that aligned with the AGC cost the lives of thousands between 2008 and 2011.

The mayor ignored the ombudsman’s alert and claimed that the violence and threats are a retaliation for his administration’s successes in combating organized crime.

Gutierrez’ credibility, however, has been in tatters ever since the arrest of his hand-picked security chief last year. A judge sentenced former Security Secretary Gustavo Villegas to three years in prison for his ties to La Oficina earlier this year.

Homicides in Medellin have been going up since Gutierrez took office in 2016, and skyrocketed again this year.

According to newspaper El Tiempo, homicides in the first months of this year were 24.2% higher than in the same same period last year.

Medellin’s corruption-ridden police department has been unable to curb violent street crime for years, leading to extreme social violence as citizens take the law into their own hands.

Two men were shot and killed on Thursday when they allegedly tried to rob the car of an armed man in the 16th District.

The resistance of Comuna 13

Locals in the 13th District have adamantly rejected the violence that flared up.

The region saw some of the city’s worst violence in the beginning of the century when local police, the military and Don Berna teamed up to oust Marxist militias that had controlled the area for years.

Despite the war crimes committed in the paramilitary “Operation Orion” in 2002, government secretary Santiago Gomez said Thursday that “we hope we don’t reach the point for another Operation Orion in the 13th District.”

Locals were infuriated after years of demanding justice for the war crimes committed in the traumatic operation.

“Are you serious? You consider that a fucking possibility?” social leader and rapper Jeihhco responded on Twitter.

Senator Claudia Lopez (Green Alliance) and journalist Juan Diego Restrepo urged the mayor to not return to war in the west of the city.

“Gutierrez ordered to cut funds for social programs to invest them in security. Today we feel … like it’s 1991” when Pablo Escrobar, the first boss of La Oficina, terrorized the city. “The failure is complete.” said Restrepo.

“Medellin may neither regress in security nor return to the dark epidoses of Operation Orion,” said Lopez.