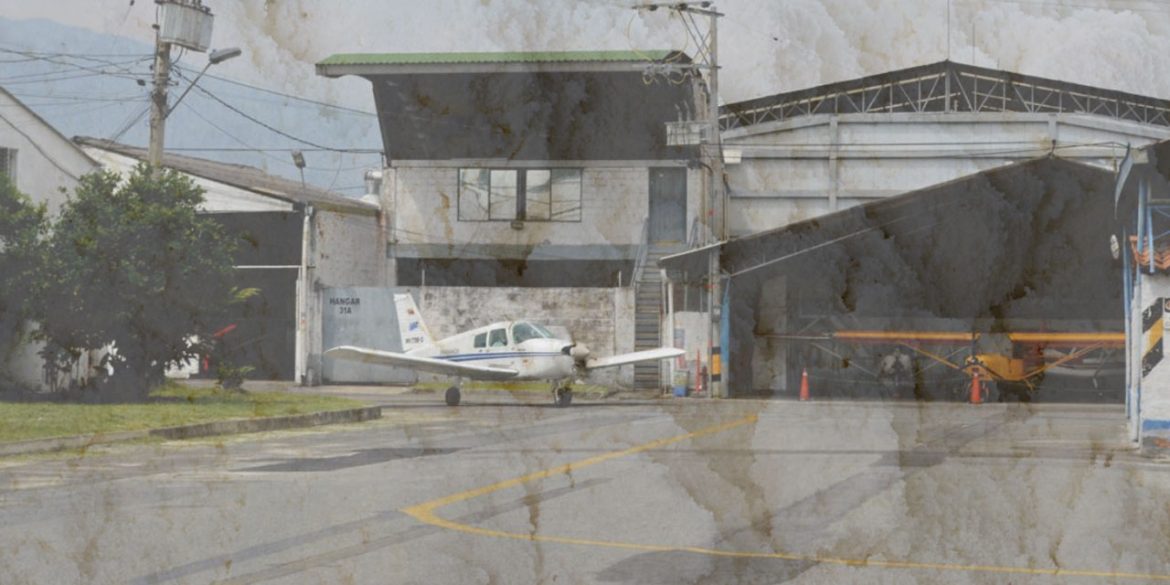 Is Colombia’s aviation agency trafficking for Sinaloa Cartel this time?

Evidence that Colombia’s former President Alvaro Uribe is hiring Sinaloa Cartel pilots is impossible to ignore 40 years after he granted the Medellin Cartel some 200 licenses.

The trial against “El Chapo” additionally revealed how Uribe’s in-laws, the Cifuentes family, worked with the Mexican cartel since the 1990’s to secure drug trafficking routes while creating countless money laundering rackets in Colombia.

The discovery of drug trafficking labs on the estate of the family of former Aerocivil director Fernando Sanclemente increases concern that the agency is being used for drug trafficking.

The illegal contract with the Sinaloa cartel pilot 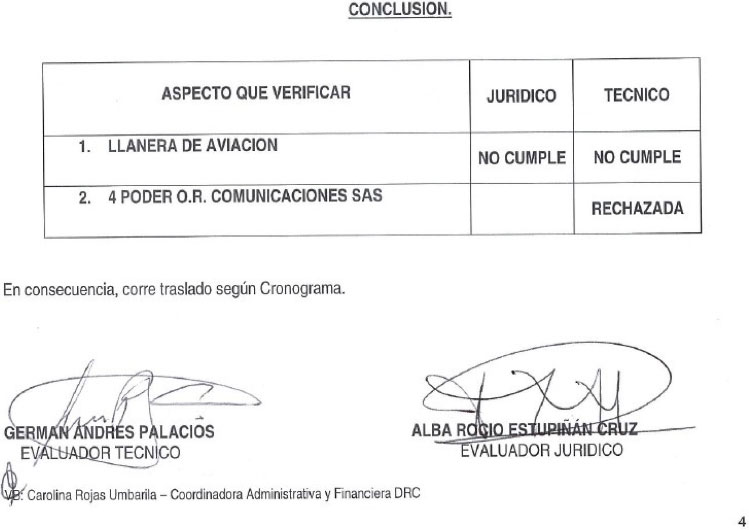 The former pilot of Uribe and President Ivan Duque contributed more than $5000 to the 2018 congressional campaign of Uribe, according to financial records, but has been missing since December.

The pilot, Samuel Niño, has been missing since his airplane crashed while allegedly trafficking cocaine to Mexico for the Sinaloa Cartel.

Guatemalan authorities are unable to verify if the body found in the narco plane belongs to the former pilot of Colombia’s president and his political patron, as the family refuses to surrendered DNA.

With the first contract, which had a value of $11,000, Aerocivil hired the company for a month to provide transport services in Cundinamarca, the province that surrounds the capital Bogota.

The same unit granted the company a year-long contract worth $34.5 thousand on October 5 last year to again transport “equipment, spare parts, accessories and personnel to stations and airports in the Cundinamarca region.”

Curiously, Llanera de Aviacion was expected to “execute the contractual obligations from the city of Bogota to the Araracuara airport,” which is located 370 miles south of Cundinamarca and connected to cocaine factories in Caqueta and Putumayo via fluvial drug trafficking routes.

The Sinaloa Cartel and the Medellin Cartel

Niño’s contract is only to the latest since Uribe took control of the civil aviation agency in 1980 and granted 200 licenses to the Medellin Cartel.

A year after Uribe left Aerocivil in 1982, Pablo Escobar lent the former president a helicopter after the former president’ father was killed and his younger brother Santiago was injured in a firefight with alleged FARC guerrillas, according to multiple press reports at the time.

Uribe’s older brother Jaime had two children with Dolly Cifuentes, a member of the Cifuentes crime family, whose brother Francisco was one of Escobar’s most trusted pilots and whose brother Alex became “El Chapo’s” right-hand man. 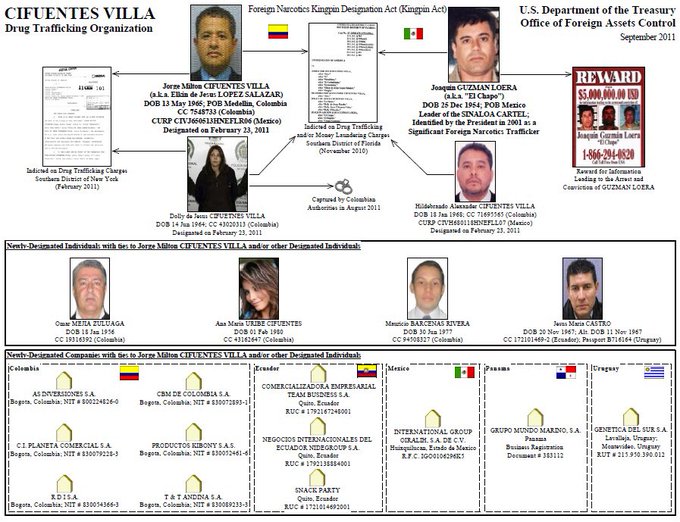 (Source: US Department of the Treasury)

By 1990, Uribe;s older brother had two children with Cifuentes.

Uribe’s fugitive niece Ana Maria, who is accused of drug money laundering for the Sinaloa Cartel, was born in 1980 and his nephew Daniel Alberto in 1990.

Fernando and Jorge Milton Cifuentes joined their brother and began trafficking for the Norte del Valle Cartel when the Medellin Cartel began disintegrating between 1991 and 1993.

Francisco and Jorpge Milton sought protection with Medellin crime lord “Don Berna” and his associates of paramilitary organization AUC after Fernande was assassinated in a cartel dispute.

Francisco and Alex teamed up with Berna to traffic drugs for the Sinaloa Cartel while their brothers Jorge Milton, Dolly set up all kinds of front companies in an elaborate money laundering operation.

The former president’s older brother died and the US State Department declared the AUC a foreign terrorist organization in 2001.

The paramilitaries helped Uribe become president in August 2002 and began negotiating their demobilization in an attempt to avoid extradition.

Jorge Milton Cifuentes sent Alexander to Mexico to personally meet with Sinaloa Cartel boss “El Chapo” in Cucatan in late 2002 to negotiate taking over the AUC’s drug trafficking business and followed his brother shortly after, they told a US court.

While Berna and other AUC commanders began demobilizing in 2003, the Cifuentes Clan became one of the Sinaloa Cartel’s main trade partners in Colombia.

Alexander Cifuentes returned to Colombia and with the help of his sister began sending tons of cocaine to Mexico while Jorge Milton traveled all over to make new deals.

The Cifuentes’ front companies in Colombia and ties to Uribe helped them to remain off the authorities’ radar and pretend being legitimate businessmen to the point they were renting their narco planes to Antioquia Police commander Colonel Sergio Alfonso Vargas in 2006.

When Francisco Cifuentes refused to cut Berna in on the Sinaloa Cartel deal in 2007, the Medellin crime lord ordered the former Medellin Cartel pilot assassinated.

Alexander fled to Mexico to become the right-hand man of Sinaloa Cartel boss “El Chapo,” leaving Dolly and Uribe’s niece in charges of the drug trafficking and money laundering.

Uribe appointed Vargas to become his military attaché in Washington DC and extradited Berna in 2008, leaving the Cifuentes Clan and the Sinaloa Cartel’s drug trafficking and money laundering practices undisturbed.

It wasn’t until after Uribe left office that a US prosecutor charged Jorge Milton Cifuentes and his sister for drug trafficking in November 2010, two months after Uribe had left office.

The US Treasury Department ordered to freeze the assets of the two and Uribe’s niece in February 2011 and found out that both Dolly and Ana Maria Cifuentes were owners of the exclusive Nogal Club of Uribe’s former Interior Minister Fernando Londoño in Bogota.

A month after the arrest of Dolly and Uribe’s niece in August 2011, the Supreme Court approved their extradition in February 2012. By that time Ana Maria was nowhere to be found. 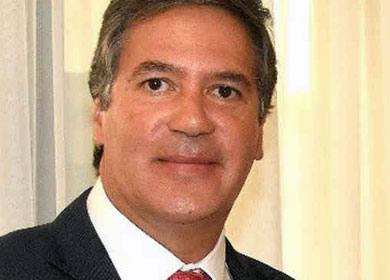 Uribe appointed Sanclemente director of Aerocivil in 2005 after which the dynasty politician began to cover up the president’s drug trafficking links that at the time had extended to the Sinaloa Cartel.

Uribe’s former chief of staff, Pedro Juan Moreno, died in a Bell 206B helicopter crash in early 2006 while using one of the helicopters that was confiscated because it was used by the Medellin Cartel in 1984.

The former Aerocivil boss ignored this fact and claimed Moreno’s death was an accident, but was contradicted by the prosecution and Berna, who later claimed his men sabotaged the helicopter after Uribe ordered Moreno’s assassination.

In 2007, Sanclamente denied the 1983 press reports that Escobar had helped recover the body of Uribe’s father and his injured brother from the Uribe’s Guacharacas estate, but claimed this helicopter was provided by “businessman” Juan Gonzalo Angel.

What the Aerocivil director forgot to say was that Angel’s brother Luis Guillermo” was one of 12 former cartel pilots who received amnesty in 1993 for giving crucial information that would lead to the killing of the drug lord.

Within weeks after Uribe left office in August 2010, Sanclamente found himself investigated for corruption and replaced as the director of Aerocivil for Santiago Castro, who hired Adriana as the agency’s Aerial Transport chief in April 2011, according to her LinkedIn.

Sanclamente’s sister granted a license to Condor SA in September 2011, a month after the arrest of Uribe’s niece and her mother and four year’s after the death of the company’s owner. 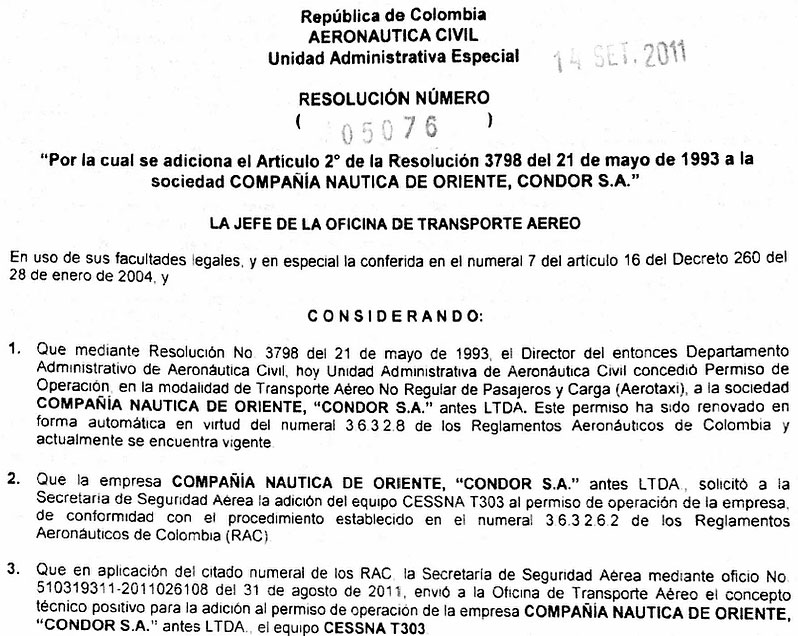 The airplane was confiscated by inspectors at Medellin’s Olaya Herrera airport in 2014 when a frontman tried to sell the aircraft without being able to explain where he got the airplane from and Adriana Sanclemente left the agency in January 2015.

After Sanclemente’s former Secretary General, Alfredo Bocanegra, became director in 2016, the same aircraft of the Cifuentes aircraft reappeared and conficated amid “suspicion it would be part of a fleet that is used to transport cocaine shipments to Mexico,” newspaper El Tiempo reported at the time.

Bocanegre was gone in a year.

The rogue air traffic controllers were ordering the take-off of drug planes against the order of the Air Force, which was forced to shoot them down because they were posing a danger to air traffic.

US customs officials were able to track cocaine found at a New York airport back to his family estate near Bogota’s El Dorado airport in February, a month after exiled prosecution investigation Richard Maok alerted US authorities about the Sanclemente family’s apparent protection of notorious former Medellin Cartel associates.

Media reported the three cocaine labs were so-called “express labs” run by “ghost narcos,” a claim that was later contradicted by the prosecution.

While the former ambassador claimed to be the victim of the cocaine production on his family estate, he hired 10 defense attorneys.

Maok additionally revealed the testimony of the security chief of a former airliner who claimed that Sanclemente and Uribe had been receiving mayor bribes of “El Chapo” to facilitate cocaine transport from El Dorado airport through a company called Air Cargo Lines, a claim that was corroborated by circumstantial evidence, but never investigated by any authority.

In September, media reported that the caretaker of the dynasty politician’s estate agreed to a plea bargain and take the blame for the cocaine labs.

Anti-narcotics chief Ricardo Enrique Carriazo disapproved of the plea bargain and handed in his resignation, according to newspaper El Espectador.

The deal fell through because it “did not seek to identify the determinants, direct and indirect perpetrators, or the financiers and other actors involved in the illicit activity,” according to news agency Colpresna.

On Monday, newspaper El Espectador reported that Sanclemente, will be investigated as a suspect in the cocaine production on his properrty.