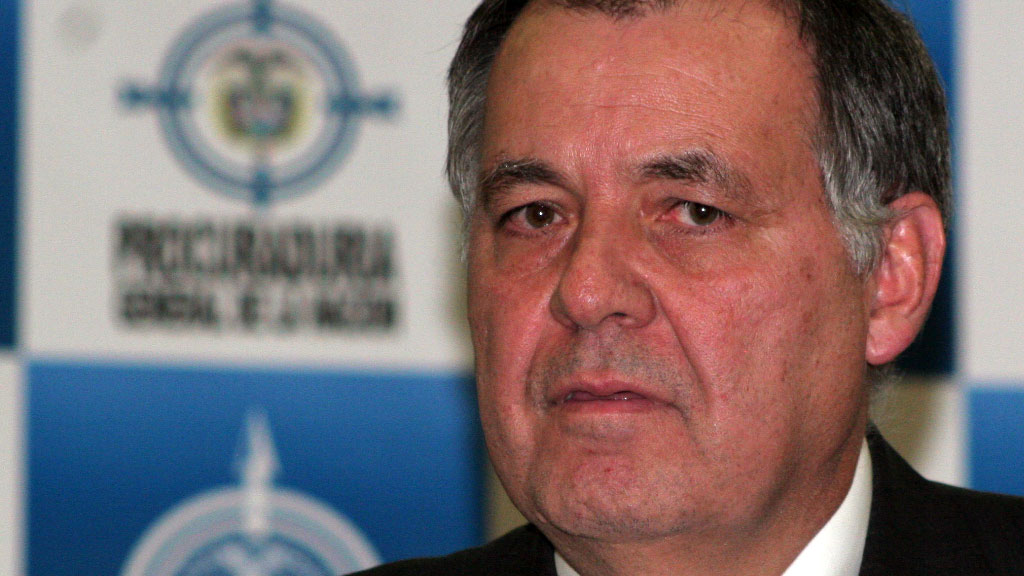 In an explosive remark Thursday, Colombia’s Inspector General warned FARC guerrillas that, unless justice is done, amnesty agreements made in a pending peace deal could be revoked.

Inspector General Alejandro Ordoñez launched an aggressive verbal attack against the FARC during his participation in the forum of Violence and Post-conflict, held in Bogota.

Ordoñez spoke directly to the FARC’s lead negotiator, “Ivan Marquez” and the FARC’s top commander, “Timochenko,” threatening that if the final peace agreement with the National Government is too lenient in terms of justice, a demobilized FARC group could see amnesty arrangements revised and even revoked.

The attack arose after Prosecutor General Eduardo Montealegre said that new investigations will be launched into potential war crimes of demobilized M-19 guerrilla members who were pardoned on their demobilization in 1990.

The M-19 was an insurgency group founded in 1970 that carried out the brutal storming and occupying of Colombia’s Palace of Justice in 1985 — an act of domestic terrorism resulting in 100 deaths, including half the Supreme Court.

The M-19 demobilized in 1990, and were pardoned by then-President Virgilio Barco (Liberal Party) and allowed to found the M-19 Democratic Alliance, an example of how the FARC would want to achieve political participation.

However, 25 years after its demobilization, Prosecutor General Eduardo Montealegre wants to revise the pardons awarded to the group and will reopen investigations into the violent actions taken by M-19 while the group was still active — in particular, the massacre at the Palace of Justice 30 years ago.

Drawing parallels between the M-19 and the FARC, Ordoñez warned the group’s commander-in-chief “Timochenko” that similar investigations could be launched against the country’s largest guerrilla group, which only just made an agreement on transitional justice with the National Government in Havana, Cuba.

“You may be convinced that the agreements will give you (and the FARC) legal security; that’s what the M-19 believed also. But the only judicial security is to perfectly obey, with the fewest crimes, international law and the national legal system,” warned the inspector general.

Ordoñez has been a fierce critic of the peace talks and is one of the FARC’s main political enemies in Colombia’s political system.

The group, formed in 1964, is currently negotiating the end of its armed uprising against the state, and uprising that spurred an armed conflict that killed at least 260,000 and displaced 6.5 million.