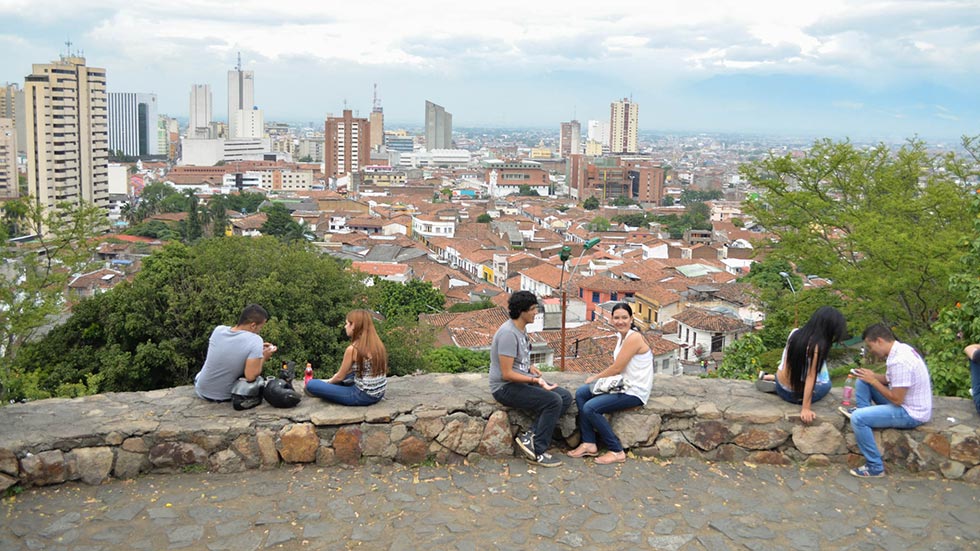 In the San Antonio neighborhood of Cali, Colombia, the bright houses line up the hills while graffiti on empty walls adds to the artistic environment where painters sell their work on the street and musicians take turns singing old salsa songs in the park.

Although in the town dubbed as “Old Cali” it is common to see people riding bicycles, clean streets, and in passing, hear people speaking English. San Antonio is located in the 4th most dangerous city in the world.

Cali was bumped up from its past place as number seven in 2012 to number four this year, according to a report released this January by the Citizen Council for Public Safety and Criminal Justice AC, a civil society.

Although, the homicide rate in Cali has lowered by 27%, a report by the government said in July.

While crime rates have dropped, Cali was still ranked as the most dangerous city in Colombia for the second consecutive year in 2013, according to Colombia’s Noticias Uno news-site.

Besides being a known dangerous city, Cali remains its reputation as being the city of salsa. And back in the city of San Antonio, the city gives a taste of more good to come.  “Old Cali’s” calm environment filled with cafe’s and pricey restaurants would make anyone question the statistics.

At the top of a hill is the Chapel of San Antonio, which was founded in 1744 and the architecture proves it.  Right outside the church is a view of Cali that lights up at night, a lookout point.  While just down the hill is a circle of stores and restaurants that surround a park.  The park lights shine bright on the wondrously big water fountain.  There you will find older musicians who come to the park with a guitar or a speaker strapped to their bike and take turns singing classic salsa.