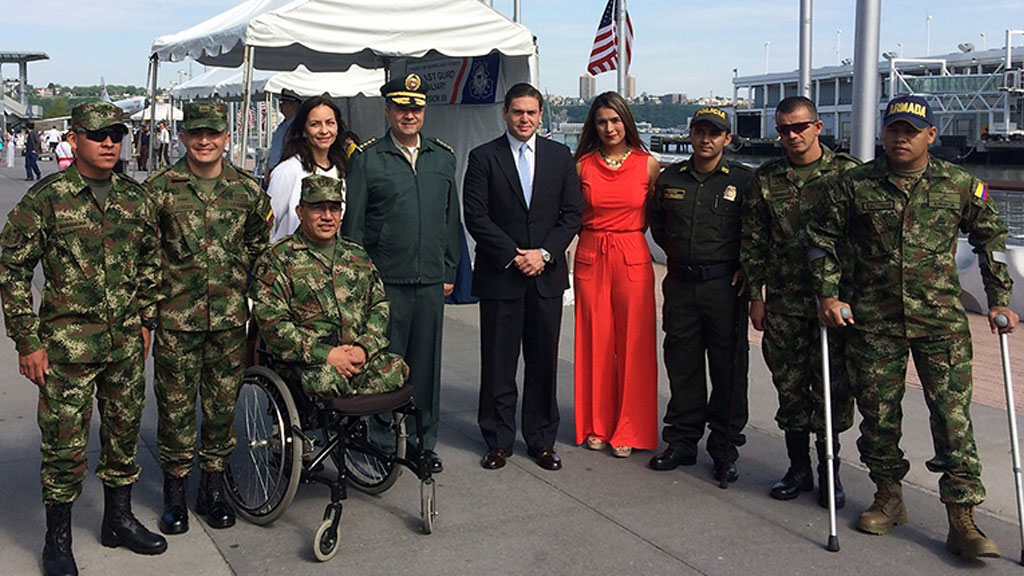 The US State Department invited five Colombian veterans and a former police officer to New York City on Monday to participate in a Memorial Day commemoration for the first time in history.

The epicenter of the commemoration will be held in a Sea, Air, and Space museum on an aircraft carrier named the ‘Intrepid’, which is located in the Hudson River in New York City.

The six men who were invited to the commemoration were all dismembered by landmines in the midst of an armed conflict that has lasted for over 50 years and claimed the lives of hundreds of thousands.

Sergeant Francisco Pedraza Genaro was one of the Colombian army veterans that was invited. He lost both legs after walking through a minefield presumably placed by FARC guerrillas.

Pedraza expressed his gratitude in the State Department’s invitation, saying he was honored to see that their service is being appreciated beyond Colombian borders.

“I have much satisfaction to know that not only Colombians recognize our work, but also countries like the United States and its citizens, putting us on a level with their wounded soldiers,” said Pedraza.