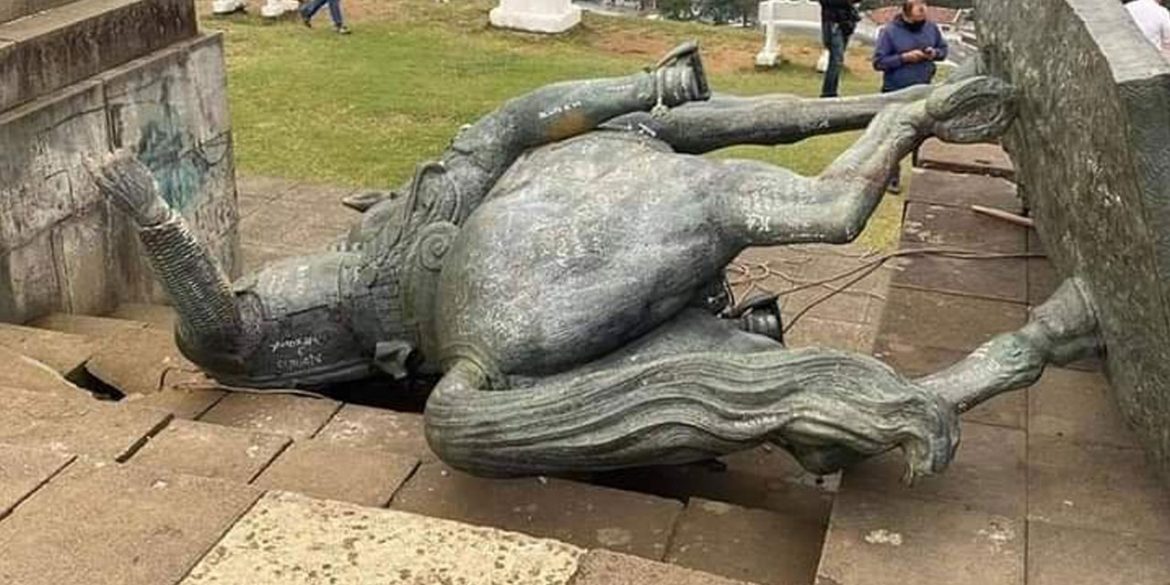 Indigenous people from southwest Colombia on Wednesday toppled a statue of a conquistador who was sentenced to death 474 years ago for, among other things, butchering their ancestors.

The statue of Sebastian de Belalcazar in Popayan came down 84 years after local authorities had erected the statue on top of the Popayan Hill, a sacred site for the local Misak people.

The statue was meant to honor the Spaniard who founded the capital of the largely indigenous Cauca province in 1537.

Following the toppling of the state, local indigenous waved their flags and celebrated having done away with the man who had butchered their ancestors and whose statue was desecrating their sacred site.

Many Colombians celebrated the toppling of the statue calling the act of protest “historic.”

According to opposition Senator Gustavo Petro, “the monuments to the conquistadors and slave holders are an insult to the people of Colombia, its indigenous people and its African minority.” 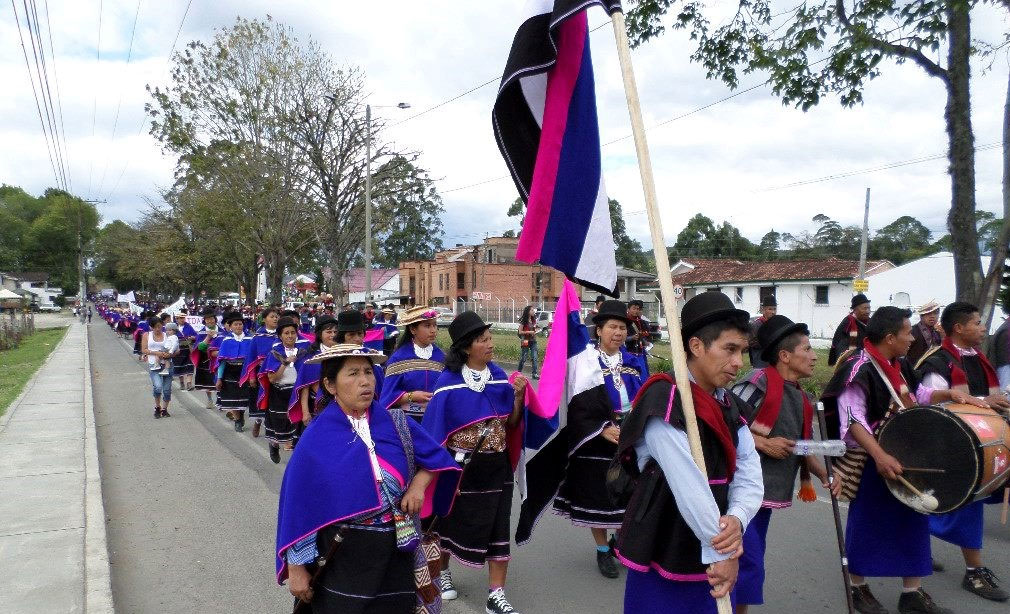 Senator Paloma Valencia, a notorious racist from Cauca, said “monuments are not insults, they are traces of our history,” before accusing opposition leader Gustavo Petro of inciting hatred.

One of Valencia’s followers was disappointed “the monument didn’t fall on the head of those fucking Indians.”

Those Indians, they should be thankful that because of them they were civilized, learned to read and write and met God!!! But the left reminded them that they must protest 500 years later!

Days of protests ahead

According to members of the Misak community, “the left” had nothing to do with their initiative to topple the statue was in protest of the ongoing violence against indigenous peoples.

After the peace agreement signed in 2016, more than 700 social leaders and human rights defenders have been assassinated, among them are 270 leaders of indigenous peoples.

Indigenous people throughout Colombia have begun taking part in anti-government protests that began on Wednesday and are expected to culminate in massive protests against their far-right government on Monday.