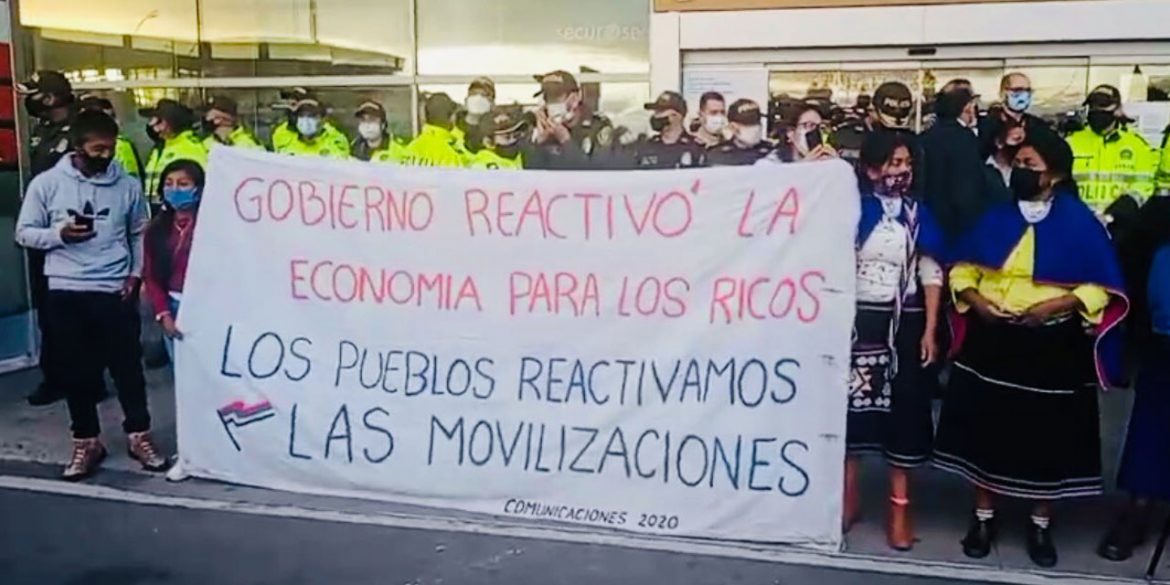 Indigenous people took Colombia’s main international airport on Thursday in their latest attempt to demand attention for what they call a genocide and the structural violation of their rights.

Representatives of the Misak, Pijao and Nasa people from southwest Colombia held a peaceful protest before and in Bogota’s El Dorado airport after three-days of rallies in the capital to demand talks with President Ivan Duque.

The president has consistently refused talks with the native Colombians from the Cauca province where the Misak are from.

So far this year, at least 79 native Colombians from this province have been assassinated after years of government inaction to curb escalating violence, mainly perpetrated by illegal armed groups.

Murders of native Colombians in Cauca

Despite the entirely peaceful nature of the protests, a large number of policemen were sent to the airport, Colombia’s main hub for both national and international travel.

The Misak people made international headlines last month when they tore down a statue of Sebastian de Belalcazar in Cauca capital Popayan, the the city founded by the conquistador who has become infamous for his brutality against native peoples in the Americas.

On top of deeply-rooted racism, particularly the native Colombians from Cauca have suffered an intensification of violence as dissident factions from demobilized guerrilla group FARC want to use their territory for the cultivation of coca and the trafficking of cocaine to the Pacific coast.

The indigenous have been calling for talks with Duque since early last year, but to no avail.

The president’s far-right party fiercely opposes the implementation of a 2016 peace deal with the FARC and the surrender of land that was granted to the indigenous in the 1990’s already.