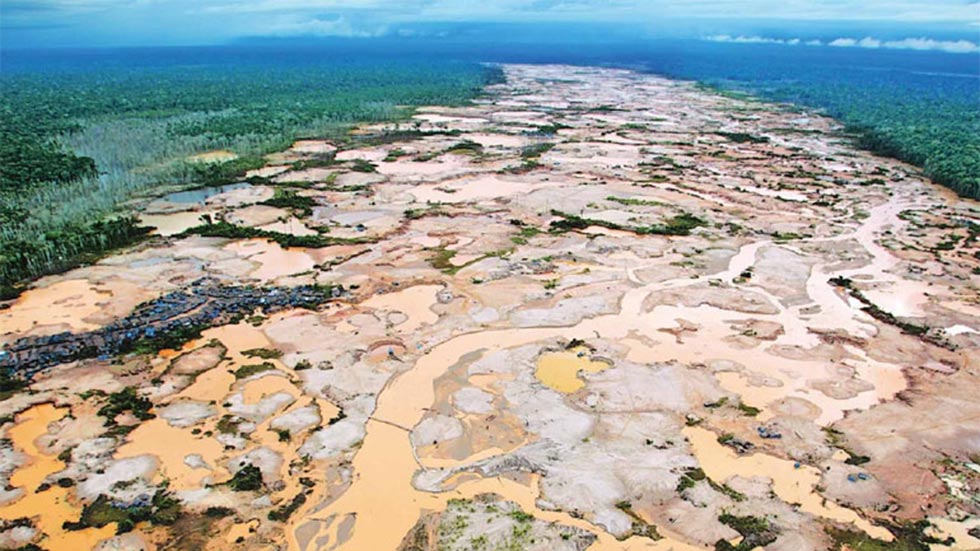 Illegal mining operations exist in 307 of Colombia’s 1,102 municipalities and cause the Andean nation to lose more than $67.8 million (200 billion pesos) in tax revenue annually, the Colombian Mining Association, or ACM, reported.

“The sad news today is that we have 307 municipalities with illegal mining operations,” ACM President Santiago Angel said at a press conference in Bogota on Thursday. “That’s a third of the country. I believe that we Colombians must all join in a big crusade to end this scourge.”

Angel said workers involved in legal mining were the target of threats and extortion rackets, adding that most of those threats occur in the gold sector and noting that in the case of other minerals legal mining production far exceeds illegal output.

“We see that there are paths to formalization, paths to jobs,” he said. “But the path is long because it’s an activity where illegality is pervasive.”

“There must be exemplary punishment; there must be government oversight of operations in those areas of the country to establish the territorial control that allows us to get rid of this illegal activity,” Angel said.

ACM therefore has proposed “a national pact on mining to identify, design and execute a joint strategy among communities and authorities, laying the foundations for a culture of legality … to stop the spread of criminal mining,” he said.