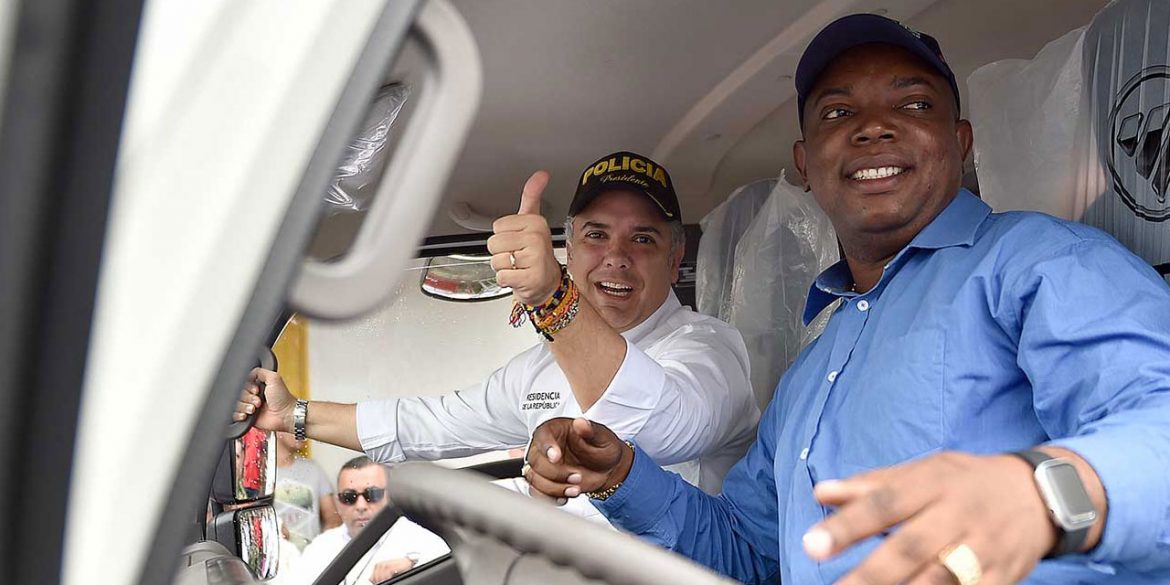 Locals from northeast Colombia begged Ivan Duque not to militarize their region, claiming this would only escalate violence, but the president ignored them. Within a week, more than 350 people have fled and another 400 are caught in the crossfire, according to the United Nations.

Duque visited Catatumbo, a region in the northeast of Colombia on the border with Venezuela, Sunday last week to announce the arrival of 5,000 soldiers he said would restore peace in the region that has been neglected by the state since people can remember.

We came to Catatumbo today to honor our word and to tell you that with your work, with your abnegation, we are going to restore peace to every corner of this region.

Duque: the deaf and dumb president?

Less than a week after Duque’s visit, the United Nations confirmed what the locals feared; the displacement of 368 people from the Hacari municipality.

The UN’s humanitarian organization OCHA said another 400 people were unable to flee because fighting between guerrilla groups prevented safe passage.

As a consequence of mass displacement, at least 100 children and adolescents have reportedly been deprived of their right to education and are without access to the School Food Program at the time of writing. The need for food, clothing, mattresses and blankets is also stressed, since displaced persons left without taking clothes or equipment.

The United Nations said that the fighting taking place in Hacari is between the country’s last-standing guerrilla group ELN and dissidents of the EPL, a guerrilla group that formally demobilized in 1991.

The two groups have been fighting over territorial control since March this year after the security forces failed to assume control in the region after the demobilization of the FARC, the guerrilla group that demobilized last year.

It is unclear what happened to Duque’s military reinforcements; the United Nations reported no military involvement in either the combat or attempts to protect the civilians currently caught in the crossfire.

Locals said that the military, which has been bogged down by corruption and organizational chaos, has long failed to provide security, no matter how many soldiers Bogota sends.

In a region with 12,000 soldiers and 4,000 policemen that cover 48 border crossings, illegal trafficking has reactivated, especially of people towards the interior of Colombia and the south of the continent. Forty-nine social leaders have been threatened, 10 were killed and 5 kidnapped; 350 cases of forced disappearance were registered, 70 of them at the border; 29 civilians have been kidnapped, three in the last 11 days. All these troops and security and nobody knows who are committing these crimes and there is not a single answer to 99% of the denunciations.

According to OCHA, local authorities are working with the Norwegian Refugee Council and the Inspector General’s Office to attend the victims, who are allegedly short of food and other basic necessities like mattresses. The national government was not reported to be involved in the attempts to help the victims.

Duque on Saturday visited the west of the country, which has also been submerged in violence, saying that his government is “setting the example.”