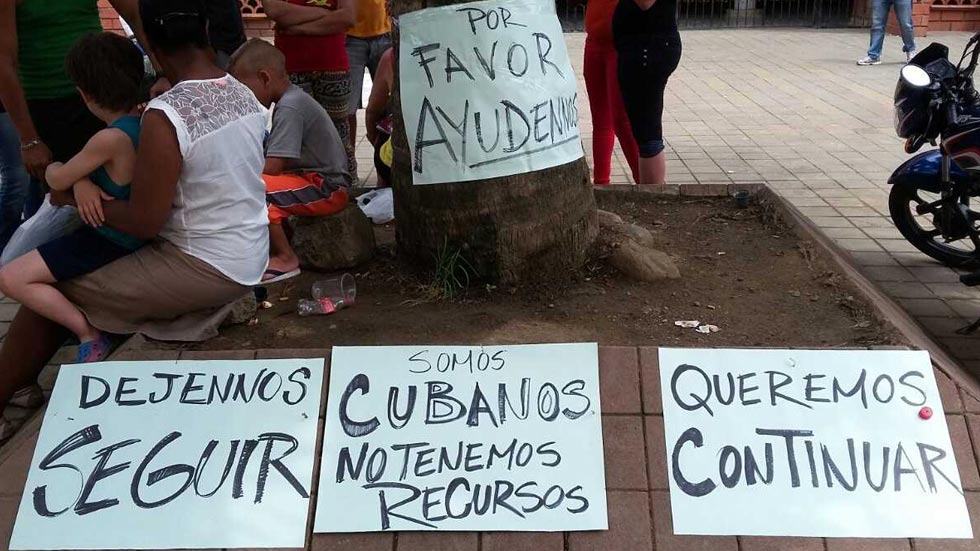 Internal displacement and a rise in the arrival of undocumented immigrants to Colombia has spurred a humanitarian crisis on the borders, according to the United Nation’s refugee agency UNHCR.

Along with Colombia’s human rights office, the UNHCR conducted 4,153 surveys in 2015 and 2016 into the needs of migrants and refugees and institutional support available for these people in regions bordering Panama, Peru, Brazil, Ecuador and Venezuela.

The report concluded that “Colombia is not meeting the minimum standards” that are required to deal with the living conditions of undocumented immigrants and Colombian victims of forced displacement.

There continues to be an inability to access institutional support and the protection of fundamental rights for the prevention and mitigation of the risks associated with the armed conflict and irregular waves of migration, such as forced displacement, human trafficking, difficulties accessing documentation and suitable living conditions in the receiving country

Despite acknowledging there already being legal measures in place to protect the survival of ethnic groups, the UNHCR showed particular concern for the current situation of afro and indigenous communities living in Colombia’s border territories.

The Colombian government must create more effective and efficient mechanisms of attention for these (afro and indigenous) communities, including the improvement of their living conditions, fiscal, cultural and territorial protection, and the strengthening of their own government.

According to the UNHCR, the director of the human rights office has requested that the Prosecutor General’s office and the National Police strengthen the development of prevention campaigns against human trafficking and its crimes in order to support these victims.

This is especially important for communities situated on the Colombia-Panama border who are reportedly at risk to, or victims of human trafficking, given the multiple trafficking routes leading towards Central and ultimately North America.

Colombia deported a record number of migrants in 2016: Authorities

The report concluded that the most frequent violations of human rights experienced by migrants and refugees were murder, land theft, terrorism and the illegal recruitment of minors.