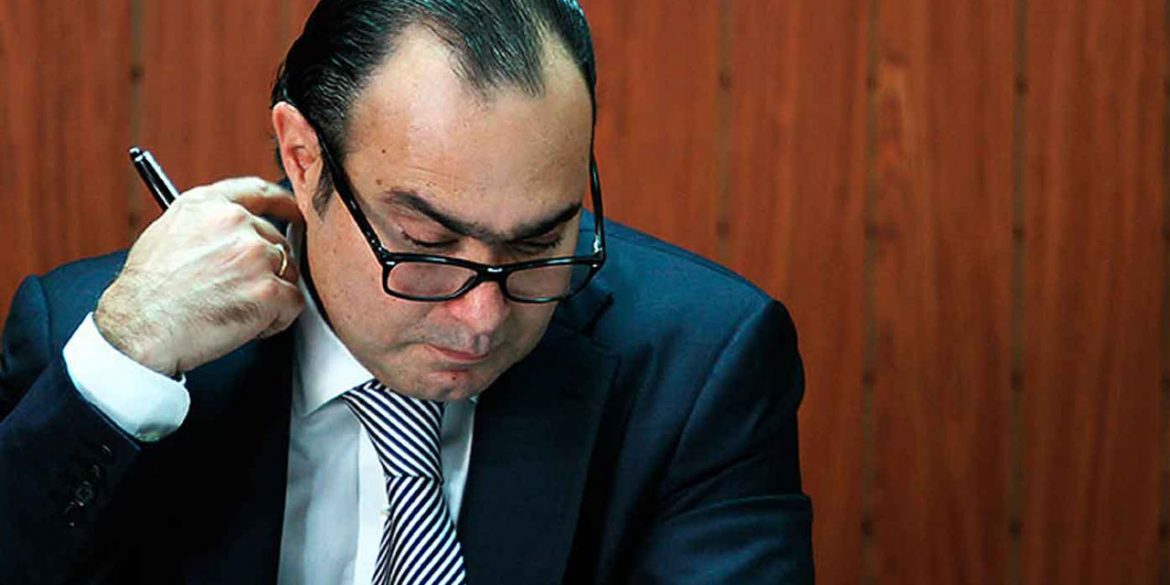 How to steal land the size of a small country | Part VI: the crook in a toga

Colombia’s former constitutional court president isn’t just any criminal; he was sentenced over land theft while already in prison for corruption.

Former magistrate Jorge Pretelt may not have made it very far in life had his father not been a Conservative Party mogul from the northern Cordoba province and had his friend not been former President Alvaro Uribe.

Thanks to his father’s fortune, Pretelt was able to study law, and thanks to his friend  he was nominated to one of Colombia’s top courts in 2005.

Had he been blessed with intelligence and honesty, he could be enjoying a lofty pension by now, but he wasn’t.

Now he is serving a six-year prison sentence for bribery and facing questions why he and his wife took part in one of Colombia’s biggest land heists since the Spanish colonization while already owning large swaths of land in Cordoba.

How the Pretelts got involved in the heist is no mystery. According to the Medellin Superior Tribunal, they teamed up with notorious land thief “El Burro.”

The business model of the right-hand man of former paramilitary leader “Monoleche” was to threaten to kill farmers if they didn’t sell their land to him or his allies for a fraction of the value.

In 1992, El Burro gave farmer Reynaldo Villalba from Turbo, Antioquia, 24 hours to abandon his farm after he had refused to sell his property.

The farmer fled to Monteria, the province’s capital where the land thief caught up with him and forced Villalba to sell his land for 200,000 pesos per hectare. Villalba was hoping for 500,000, but had no choice.

When El Burro demobilized with the AUC in 2003, he sold Villalba’s farm to Pretelt’s wife Martha.

The farmers filed criminal charges in 2008 and 2009, but without effect until Monoleche spilled the beans on his partner in crime pretending to be a man of justice in 2011.

Mister prosecutor, you will have to sit down with magistrate Jorge Pretelt so he can tell you how he bought those lands.

How to steal land the size of a small country and get away with it | Part IV: the head check

The criminal dressed in a toga

Being a criminal with intimate knowledge of the law, Pretelt sued the families who wanted their land back and the official in charge of doing so for fraud in 2016.

By then, the crook pretending to be a magistrate was already suspended over his alleged corruption practices and the criminal charges were dropped.

Last week, while Pretelt was celebrating his third month in prison, the Medellin Court ordered the land to be returned to their original owners and ordered the security forces to protect the families after Hernandez’s family reported they were being intimidated and feared for their life.

Hernandez never lived to see justice being served. He died at 85 in 2013, three years before Pretelt was thrown into prison. His property was returned to his children.

However,Villalba did survive the ordeal with Uribe’s friend and will be able to spend the autumn of his life on his land.

The court ordered the prosecution to open an investigation against Pretelt’s wife. With a little luck, she will end up where she allegedly belongs, in prison with her criminal husband.