More than 3 million hectares of land, an area the size of Belgium, was stolen during Colombia’s armed conflict. One of these land thieves reportedly is Congressmen Gustavo Londoño, an ally of President Ivan Duque.

According to investigative journalism project League Against Silence, Londoño illegally obtained an area of more than 6,000 hectares of state property that could only be sold to landless farmers.

Unlike other landowners, who used death squads to expropriate land for their original inhabitants, the lawmaker and his business partner, the cousin of far-right Senator Paloma Valencia, reportedly used fraud to enrich himself.

Londoño bought the Buenavista estate in 2008 from a poor farmer who had been the land without property rights since 1979. According to the 71-year-old farmer, he needed the $20,000 to pay for his health insurance.

In 2014, the congressmen filed a lawsuit against “unknown” in which he claimed ownership of the plot in the Vichada province he had illegally acquired and could only be granted to farmers by the National Land Agency.

Ignoring the fact that Londoño and his business partner, Nicolas Laserna, were claiming ownership of land that belonged to the state, local judge Derlis Vega ruled in favor of Londoño and Laserna and granted them ownership.

This is the classic case of illegal appropriation of vacant lots by means of a ruling of belonging granted by a judge who is not applying the law. The ruling becomes a title deed.

The lawmaker and his business partner denied land-grabbing and said they never obtained permission of the National Land Agency, claiming “they demanded money, because it’s a corrupt agency and we aren’t willing to give money to anybody,” Laserna told the League Against Silence.

The two also never reported the land property to tax agency DIAN, “because they haven’t given us the cadastral records,” the senator’s cousin said. 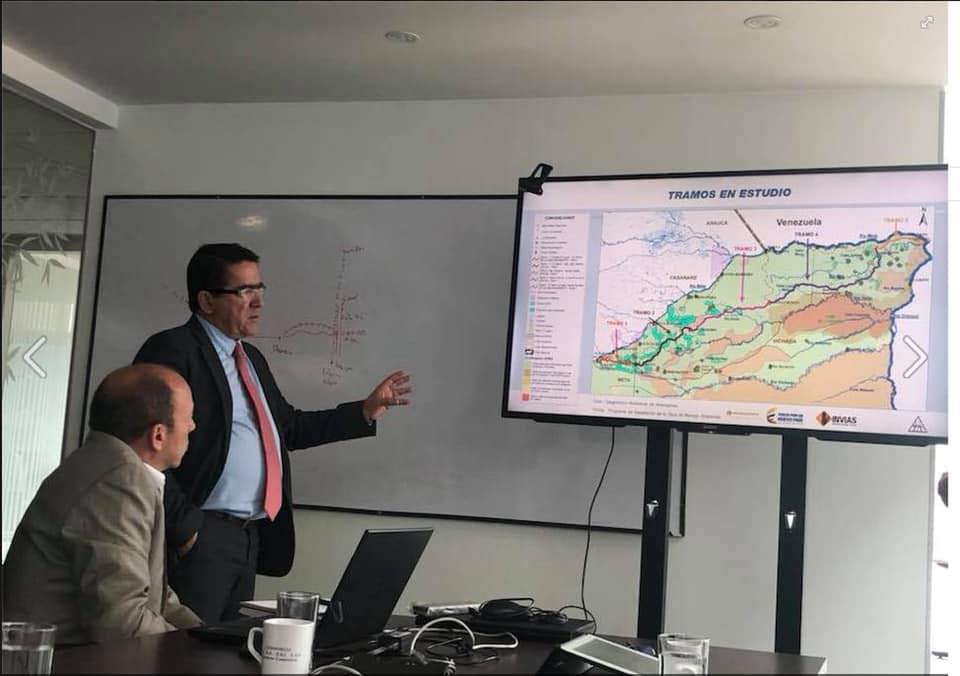 Londoño discusses plans to build a road that would dramatically increase the value of his allegedly illegal land property. (Image: Facebook)

Since Londoño was elected to Congress on a ticket of the Democratic Center last year, he has been promoting the construction of a highway that would connect provincial capital Puerto Carreño with central Colombia and would increase the value of his illegal land property considerably.

“The road will pass Buenavista at some 500 meters,” a local farmer told the League Against Silence.

“This road will benefit all of Vichada,” the congressman said when confronted with the apparent conflict of interest. “I want this region to progress.

A history of land-grabbing by Colombia’s top politicians

Politicians expropriating land from the state is no novelty.

CD party leader and former President Alvaro Uribe was accused by the Comptroller General’s Office of land-grabbing in the northern Cordoba province in 2017, but the former Medellin Cartel associate is not alone.

The prosecution never files criminal charges against the aforementioned politicians for the illegal land grabbing.

The official of land agency Incoder who blew the whistle on politicians’ alleged land-grabbing in Vichada in 2016 was assassinated last year after multiple death threats.