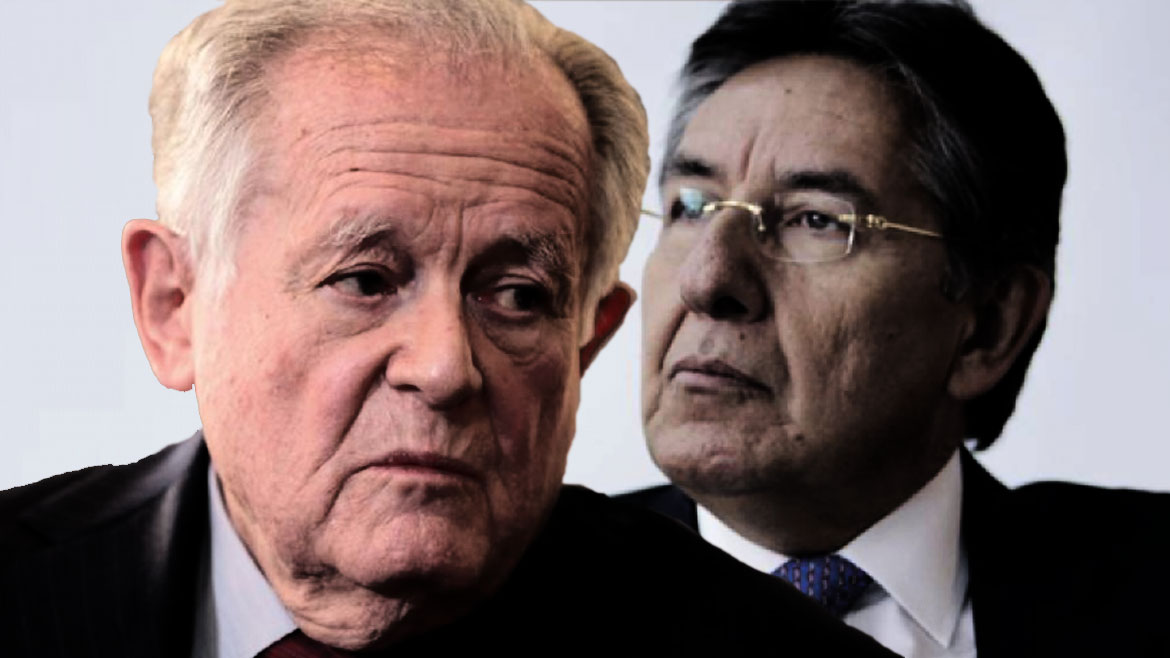 Colombia’s prosecution should be investigating the alleged corruption of Colombia’s most powerful banker, but opened unrelated criminal investigations instead.

In a press release, the prosecution implied in late February that it would revive “the Odebrecht Case,” but apparently forgot to include the biggest stars in the corruption scandal.

In fact, none of the “three fronts” in the investigation have anything to do with the corruption-ridden “Ruta del Sol II” project that implicate Colombia’s richest man, Luis Carlos Sarmiento, and former chief prosecutor Nestor Humberto Martinez.

One of the investigations targets Carlos Alberto Acero, the former subordinate of Jorge Enrique Pizano, who died of cyanide poisoning in November 2018 after blowing the whistle on fraud in the Ruta del Sol II project.

A second investigation seeks new criminal charges against the former director of Colombia’s National Infrastructure Agency (ANI), Luis Fernando Andrade, who was absolved by a court in December after being charged for corruption over a contract the former ANI chief never signed.

Beating around the Sarmiento bush

The prosecution announced no criminal investigation into the son of Colombia’s richest man, Grupo Aval CEO Luis Carlos Sarmiento Jr., despite a court order to investigate the banker.

Ramirez and Sarmiento testified in favor of former Corficolombiano CEO Jose Elias Melo, but to no avail. Their former business partner was sentenced to 11 years in prison for his complicity in the bribery practices in December.

Sarmiento’s father was allegedly informed about the corruption practices by Colombia’s former chief prosecutor, a.k.a. “Sarmiento’s Guy,” when Martinez was Grupo Aval’s legal adviser in 2015 but is apparently also no person of interest for the prosecution.

The biggest crook of them all?

Prosecutor General Francisco Barbosa doesn’t seem to be interested in investigating his predecessor despite indications Martinez was complicit in the corruption practices and abused his power as chief prosecutor to cover this up.

“Sarmiento’s Guy” allegedly told the auditor he would warn Colombia’s richest man after which evidence indicated Martinez dedicated himself to covering up the corruption practices.

Days after Odebrecht CEO Marcelo Odebrecht was sentenced to 19 years in prison in Brazil on March 7, 2016, the representatives of Odebrecht and Grupo Aval subsidiaries Episol and Corficolombiana committed to overcome “current differences” over the Ruta del Sol II project and refrain from lawsuits over “the contracts and disbursements made so far.”

Martinez tried to keep the corruption under wraps after Sarmiento’s Guy was elected Prosecutor General in mid-2016, but was forced to allow criminal investigations after the United States’ Department of Justice revealed the corruption practices in December 2016.

The Supreme Court appointed a special prosecutor to investigate Odebrecht-related suspects after controversial arrest of Andrade in 2017 and the shocking death of Pizano in November 2018.

The former ANI chief fled to the US after a judge ordered his release in December and Sarmiento’s Guy resigned in May 2019 amid rumors the chief prosecutor would be shielded from all Odebrecht-related cases.

The decision made the Special Prosecutor Leonardo Espinosa redundant after which Martinez’ henchmen raided his office.