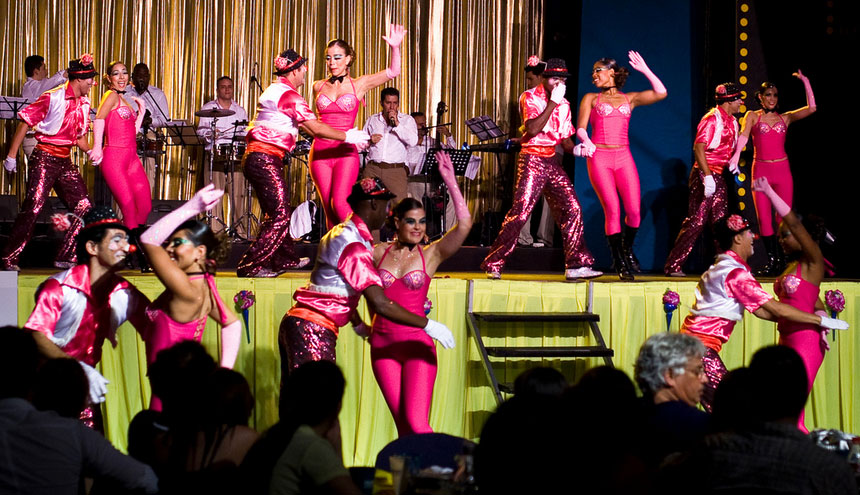 A history of slavery, Cuban music, Mexican movies, foreign radio broadcasts, a disciplined collecting of vinyl records, and sounds from New York City all were key in the history of salsa in Cali and how Colombia’s third city became the world capital of the tropical music style.

Cali is the is the closest capital to the Colombian Pacific coast, almost 2,000 miles away from the cradle of salsa that was originally born in New York after crucial cultural developments in Cuba, Puerto Rico and even Mexico.

Colombia Reports spoke to Umberto Valverde, expert in the history of salsa, biographer of artists like Celia Cruz and Jairo Varela, journalist and author of 11 books on Cali’s history and salsa.

According to Valverde, the history of the typical Cali salsa began in the 1930s when musicians in now know as “La Vieja Guardia” or “The Old School” began experimenting with different European and American music styles like jazz, mambo, konga, guaguanco among other rhythms performed by bands in cabarets.

But what was it that made Cuban music to sink in the Caleños’ lifestyle? Alejandro Ulloa, an anthropologist and salsa authority in Cali, proposed five hypotheses in a 1989 article.

“If you take a look at ‘La Maria,’ [a famous novel about Cali in the mid 18th century], most of the story talks about black slaves’ offspring working in sugar cane plantations. No wonder, Cali is nowadays the second largest ‘black-city’ of Latin America with a massive population of afro-descendants.”

According to Valverde, the abolition of slavery in 1851 began a slow urbanization process. The black lower class grew exponentially as ongoing hardships on the countryside and pre-industrial revolution mining sector forced more and more former slaves to the cities, particularly Cali.

“Black people from the Pacific coast arrived and settled in Cali, bringing their cultural heritage originated in Africa” said Valverde.

As a consequence, Cali’s social classes were defined by their dominant ethnicity and remained segregated, slowly increasing African influences over the cultures of the lower classes in the city.

When in the 1930, radio became available to the public, Caleños were able to hear the sounds made by other former slaves in other former colonies like Cuba.

“Cuban music entered along with the radio by the end of 30s when radio broadcasts became widely listened to. Our parents and grand parents began listening to shortwave Cuban and Mexican radio,” Valverde explained.

“There were only four broadcasting stations between 1936 and 1940. In the forties there were already more than 10 stations spreading Cuban music in Cali,” said Valverde.

The “golden age” of Mexican cinema between 1936 and 1957 “also influenced Cali through its musicals, since most of female dancers and musicians performing were Cuban: Meche Barba, Tongolele and La Sonora Matancera became the most important orchestras for Caleños during the 1950s.”

The Cali working class neighborhood “was the main receiver of the different new sounds” said the scholar.

However, what really sealed the incursion of Cuban music in Cali was both regions’ cultural an physical similarity; after the conquest of the Americas.

Cali, like Cuba, had been a rural slave area in which most of the slaves were working on sugar plantations.

Cali and Cuba share a miscegenation background, a prominent presence of dark-skinned people, countless hectares planted with sugarcane, hot tropical weather and the use of musical instruments from both Europe and Africa.

According to Ulloa’s research “Cuban music has plenty of references to sugarcane, sugar, sugarcane mills, grinding; stories of black people, harvesting, plantations, sun and heat, musical instruments and meals,” the same issues on the mind of Cali’s lower class.

By the 1960s, Cuba’s music boom ended with a Latino music revolution in New York City and the United States’ embargo on the island that by then had been taken over by communist dictator Fidel Castro; Americans were the largest market of Cuban music, therefore labels and broadcast stations had to redefine their dissemination strategies.

“The fun was over, The commander arrived and ordered to stop” the foreign consumption of Cuban music, explained Valverde.

The birth of salsa in New York…

After the Cuban revolution, musicians from the island moved to New York, meeting up with other Caribbean and Latino cultures while finding American radio stations were split between white pop stations and black stations playing mostly rhythm and blues and soul.

The Latinos, equipped with the instruments they had brought from their home countries, began mixing the different Latino music styles, and rhythm and blues, and music styles like pachanga and boogaloo arose in New York City. It was these music styles that eventually would transform to salsa.

The carnival began as an annual bullfighting event but increasingly began inviting salsa artists to the city. The festival became known as the Feria de Cali and proved crucial in the landing of boogaloo and salsa music in Colombia’s third largest city.

When Richie Ray and Bobby Cruz, a pioneering salsa duo, were invited to play at the feria in 1968, salsa physically and permanently found a place in the city and on the increasingly musical annual fair.

And here is when something peculiar happened, something that would change the sound of Cali salsa forever.

As they sometimes still do, Cali DJs did not care much whether a record was to be played at 33RPM or 45RPM. If a song proved more danceable at a higher speed, DJ’s would play the record at nearly twice the speed as initially intended by the recording artists.

This “greatly disturbed Richie Ray, because it made his voice squeaky,” according to Laverde.

However, Caleños didn’t care and continued to play their records at the speed they felt most fit for dancing, forcing a local salsa musician movement that played one of the most explosive forms of the tropical music, one filled with percussion and danced in a way only the Caleños dance.