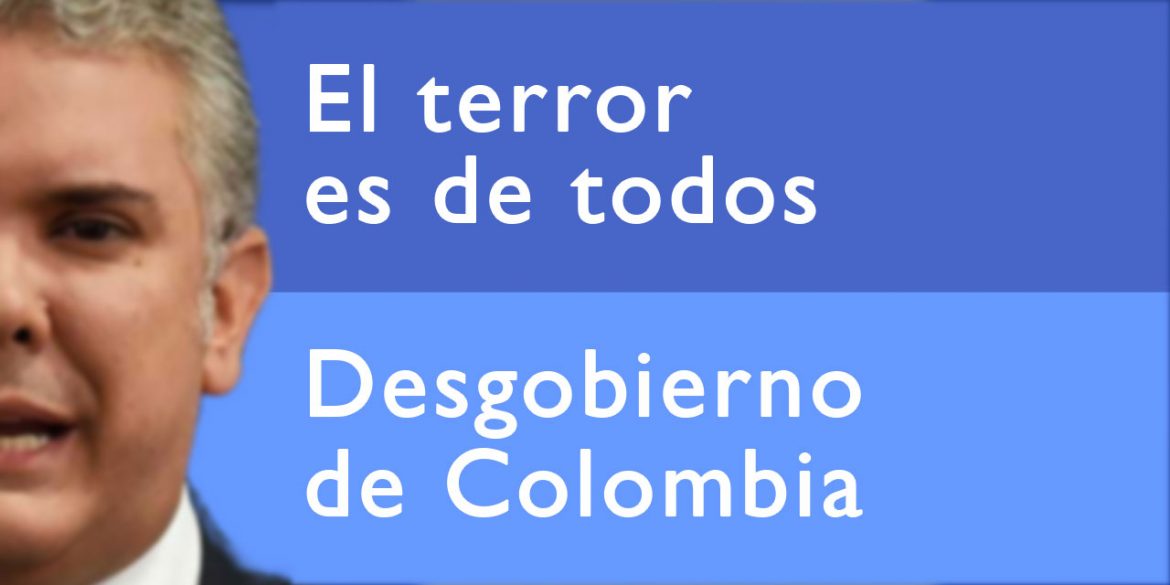 President Ivan Duque’s first two years in office have been characterized by the return of massacres and the mass killing of human rights defenders that are terrorizing Colombia.

The historic 2016 peace deal with demobilized guerrilla group FARC brought hope to the country after 55 years of armed conflict, especially in the countryside.

Two years after Duque and his far-right Democratic Center party took control of government, this hope has turned into despair and fear, especially among those actively promoting the peace process.

The peace activists have become a target of those violently opposing the peace process that has become a threat to those who refuse to give up their political and economic spoils of war.

Journalists trying to report on this have also been subjected to intimidation and violence by the security forces.

The return of the terror 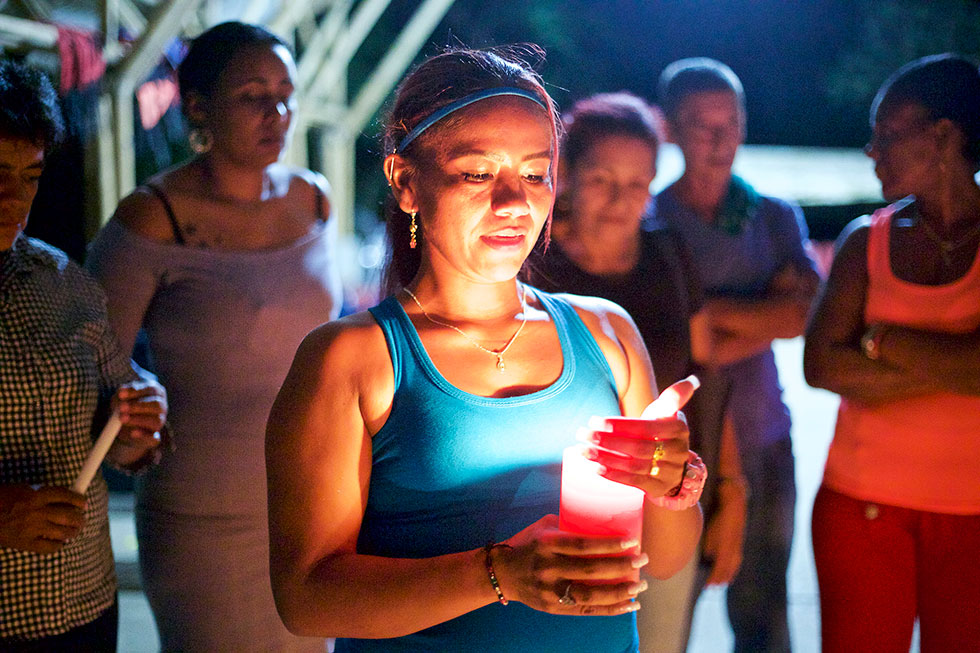 Since the peace deal was signed in December 2016, more than 222 members of the FARC who were taking part in reintegrations programs have been assassinated.

The five massacres of civilians committed over the past week added to the 31 registered by the UN so far this year, equaling the 36 massacres registered last year.

The United Nations Mission in Colombia, which is monitoring the peace process, is verifying another 97 assassinations of human rights defenders.

Last year, 108 human rights defenders — or “terrorism apologists” as far-right former President Alvaro Uribe prefers to call them — were assassinated, according to the UN.

The mass killings is terrorizing all those who, either as demobilized combatants or civilians, are taking part in the peace process opposed by Duque’s far-right Democratic Center party and dissident FARC groups.

The president’s political and economic patrons, many of whom face legal trouble because of their alleged participation in crimes against humanity, can only lose from the peace process.

The government’s complacency with terror 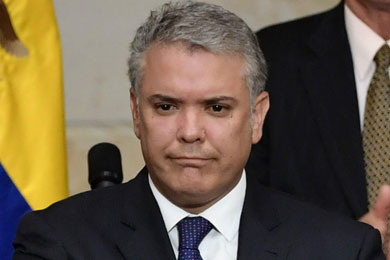 Duque and his party have made more effort trying to obstruct the peace process and undo the efforts of the 2011 Victims and Land Restitution Law that made the more than 9 million victims of the armed conflict visible.

The government has been all but powerless in Congress and the courts to rewind the peace deal, but Duque’s failure to implement the peace deal and act against the terror imposed on those promoting peace process are just as effective.

The president’s far-right party is as aggressive as ever against anyone challenging Duque while the president has reinstated “Uribista” policies like his “informants network,” which allegedly intimidates and criminalizes rural dissent.

Only because of immense pressure from the international community, the government has reluctantly agreed to take part in a commission that seeks to formulate policies that would prevent terror by paramilitary structures closely associated to the ruling party and the military.

The government since the beginning has made it clear to have no interest in a counternarcotics policy that would effectively reduce illicit crops that have long fueled armed conflict.

The return of a land the size of Belgium that was dispossessed from small farmers under the leadership of Uribe has come to a half as well as the crop substitution program that sought a long-lasting solution for drug trafficking.

Paramilitary groups associated with the government and ruling party

Evidence of authorities’ complicity in terror 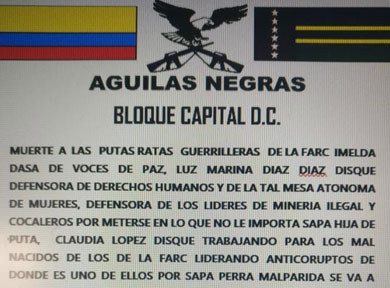 Two years after taking office, the government and the National Army find themselves up to their neck in allegations they have been complicit in organized crime and crimes against humanity.

Uribe was forced to leave the senate after the Supreme Court accused him of bribing witnesses to falsely accuse an opposition senator, Duque and his political patron are investigated over alleged election fraud, a court ordered an investigation into Interior Minister Nancy Patricia Gutierrez’s alleged ties to paramilitary groups and former Defense Minister Guillermo Botero was forced to resign for bombing victims of child recruitment.

Throughout the country, military units and top army commanders have been accused of cooperating with drug trafficking groups and trying to terrorize and wiretap journalists trying to uncover this alleged criminal activity.

Government officials have reportedly been taking part in political warfare campaigns against rival politicians, the war crimes tribunal and journalists.

The National Police has been accused of embarking on a terror campaign in Bogota in November last year in an attempt to quell the country’s largest anti-government protests since the 1970’s.

Social leaders complain they continue to suffer from stigmatization from government officials that in the past often was followed up by assassination attempts.

Can Duque end the terror?

Whether Duque has the power to distance his government and the military from acts that terrorize the population is complicated by the fact that the president has no authority over his party or the military.

Many in Colombia call the president a “puppet’ and evidence of spying by the National Army indicated that even Duque’s closest aides are being watched.

In the case of the terror imposed by leftist ELN guerrillas and FARC dissidents, neither the government nor the security forces seem to have the capacity or the ability to protect civilians against these illegal armed groups.

The situation is further complicated by US President Donald Trump, who on multiple occasions has dismissed Duque without empowering America’s staunchest ally to resist the criminal elements that have infiltrated the government and the security forces.

The house arrest of Uribe, who was able to maintain some harmony within the ruling party and between the Democratic Center and the Duque administration have further weakened Duque’s control.