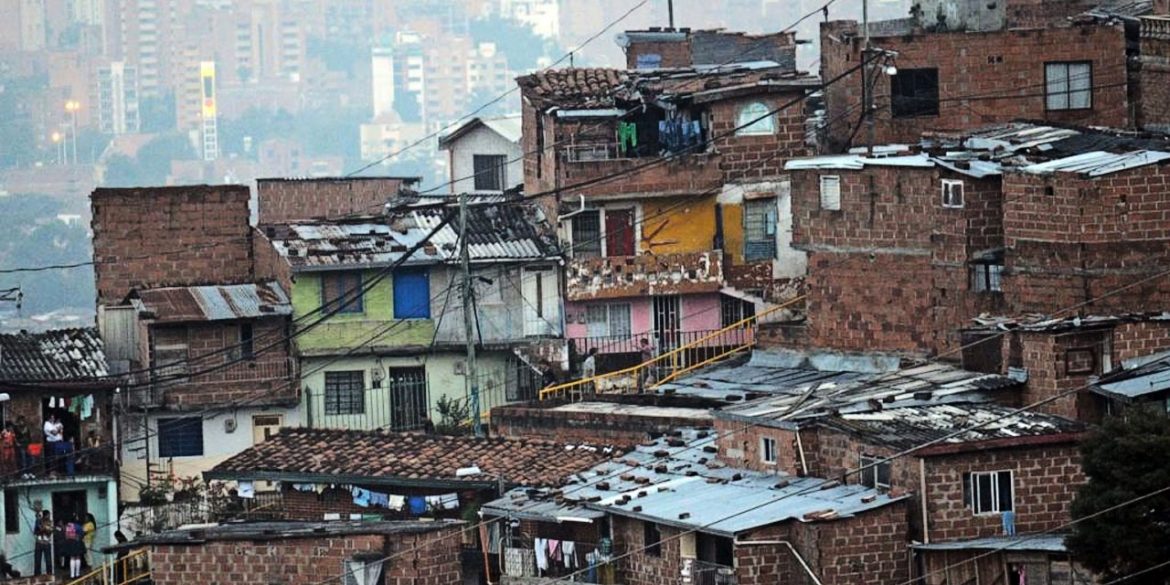 How long will 7 million starve before hell breaks loose in Colombia?

An estimated seven million of Colombia’s 50 million people are starving, according to multiple estimates, without the government formulating any response.

Both economic think tank Fedesarollo and the United Nations’ Economic Commission for Latin America and the Caribbean (CEPAL) believe that more than 14% of the country is living off less than $1.90 a day.

Colombia is among the countries in the region where extreme poverty has seen the highest growth, according to CEPAL.

Both Nuñez and CEPAL are urging for a minimum income as the social instability caused by poverty levels this high are impossible to predict.

Multiple cities, particularly Cartagena where poverty levels historically have been high, are already reporting a surge of violent crime.

According to the World Bank, “‘about 10 percent of the poor reside in areas with a conflict history, the majority are in areas with nonrecent conflict” like  Cartagena, implying that the risk of violent crime or a resurgence of armed conflict is possible.

Almost immediately after Colombia shut down in March, President Ivan Duque granted monthly stipends of $40 to some 3 million people. Not only is this not enough to eat, the president is letting 4 million people starve.

Nuñez told newspaper El Tiempo that the stipend should be double to prevent mass hunger and that “we have proposed that 40 to 50 percent of all households should receive this.”

“This would cost 2.5% of the Gross Domestic Product,” said Nuñez.

Duque has refused this, however, and is now facing a referendum to have him removed from office and force Congress implement an emergency income as proposed by the Fedesarollo investigator.

Economics professor Jorge Ivan Gonzalez told the newspaper he agreed with a Central Bank proposal to lend money on a large scale, “not to give them to the business like [business association president] Bruce MacMaster says, but to start a public works project that generates immediate employment.

If you give money to a shoemaker in the Restrepo neighborhood [in Bogota], he will give it to the owner of the store he’s been fighting with for three months and that’s where the money will stay.

Duque, however, has developed a habit of not listening to economists, but to his financial patrons, making it likely the president will slow down economic recovery even more than necessary.