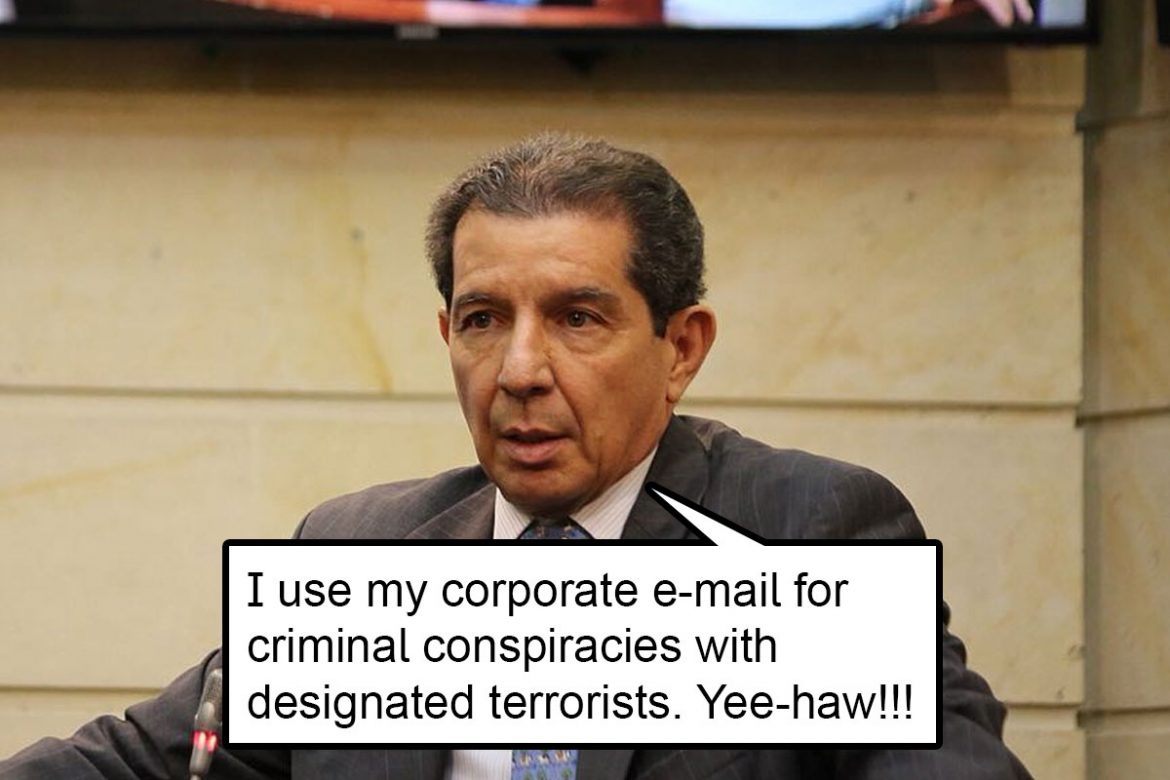 How long can Colombia’s ranchers chief stay out of prison?

Ranchers’ federation chief Jose Felix Lafaurie has every reason to worry. The evidence indicating the may be one of Colombia’s biggest crooks is becoming difficult to ignore.

The Fedegan director would like to believe he’s a legitimate businessman, the husband of an honorable senator and the friend of “the greatest Colombian ever,” former President Alvaro Uribe.

Lafaurie previously claimed that massacre victims were guerrillas, that members of his terrorism support group never assassinated war victims and most recently that teachers were converting school children into communists.

“Again Lafaurie is putting a tombstone on the teachers,” their union President Nelson Alarcon said Saturday after the rancher’s chief latest conspiracy theory and the multiple assassinations of school teachers.

The stench coming off Lafaurie

The alleged terrorism supporter was also taking another stop towards prison because it’s not Colombia’s school teachers who are tied to embezzlement, influence peddling, land theft and conspiracy to commit a crime with a designated terrorist.

That would be Lafaurie, whose entire social circle is slowly disappearing behind bars.

Uribe is in court to face multiple criminal charges, the predecessor of the ranchers’ chief is already in prison and Lafaurie’s wife, Senator Maria Fernanda Cabal, is facing election fraud charges.

Former paramilitary chief Salvatore Mancuso is out of prison and has made it clear he will tell the war crimes tribunal that Lafaurie sought his help to seek the 2005 election of former chief prosecutor Mario Iguaran.

This may be a problem, because Mancuso’s claim was already confirmed by imprisoned land thief Benito Osorio.

As if that wasn’t incriminating enough, Lafaurie used his personal corporate email to set up the meeting with Mancuso, the prosecution found out, somewhat surprised about the rancher’s chief apparent stupidity.

Why would the rancher’s chief use his personal email to set up a criminal conspiracy with designated terrorists, the prosecution asked Osorio.

“Because he trusted me,” the infamous land thief said as he ratted out Lafaurie.