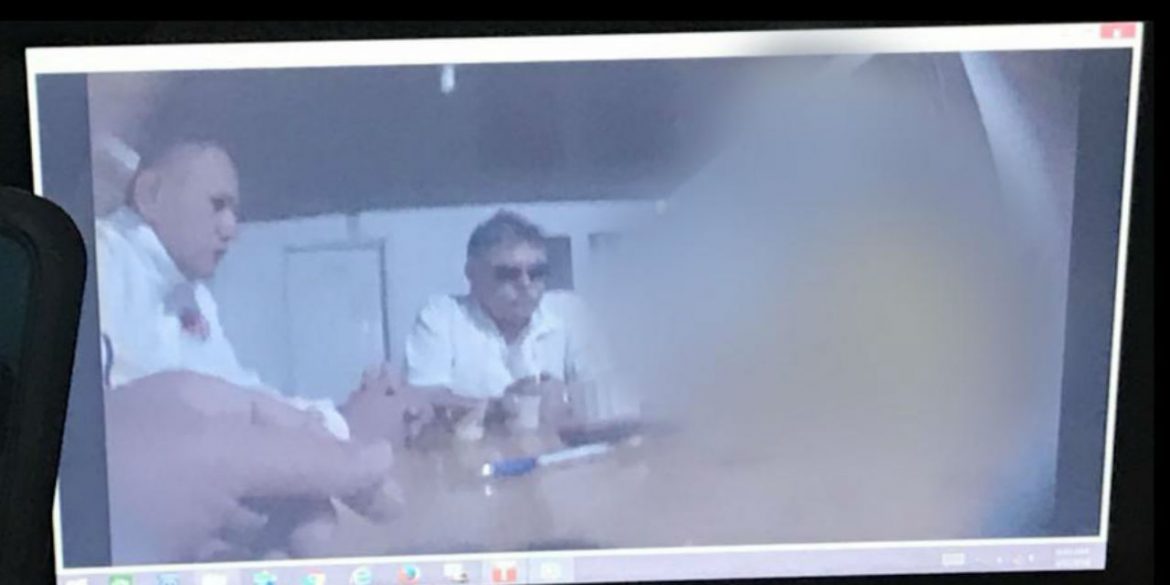 Image of an alleged meeting between "Jesus Santrich" and an undercover DEA agent.
War and peace

Colombia’s Prosecutor General’s Office has released evidence to support its claim that FARC ideologue “Jesus Santrich” was involved in drug trafficking and should be extradited to the US.

The United States Drug Enforcement Agency claimed on Monday that Santrich agreed to provide cocaine in a November 2 meeting with three co-conspirators and an anonymous buyer.

The case against the FARC’s ‘Jesus Santrich’

Colombia’s Prosecutor General released audio and images this week that would prove the FARC ideologue’s involvement in the alleged plot. Evidence obtained by the DEA has not been released.

Looking at the evidence

The key figure in the alleged plot is Marlon Marin, a 39-year-old lawyer from the Caqueta province and the nephew of FARC leader “Ivan Marquez.”

Marin came to the attention of the prosecution amid an investigation into allegedly fraudulent health contracts for demobilized guerrillas, according to newspaper El Tiempo.

The prosecution began wiretapping the attorney’s phone and found that he was having conversations about a possible drug deal.

On August 14, 2017, Marin allegedly called Armando Gomez, a Cali businessmen who has been tied to drug trafficking in the past. In that phone call, Gomez asked Marin for “five televisions that buyers were interested in trying out.”

To avoid suspicion from authorities, the suspects allegedly used the word “television” for each kilo of cocaine.

In October, Marin was asked by the potential buyers of the cocaine to introduce them to someone higher up the ladder within the organization so as to verify the credibility of any deal.

The attorney then contacted the assistant of Santrich, alias “HD,” who agreed to introduce the Mexicans to the FARC leader in November.

HD: I need to have a good talk with the blind man to take them and talk to him, you know?

HD: Just so he simply tells them to relax, all is well, he vouches for all businesses and that’s it.

The alleged Sinaloa Cartel delegation, which was infiltrated by the DEA, allegedly were given a five-kilo sample of the cocaine on November 1 and met up with Santrich the next day. 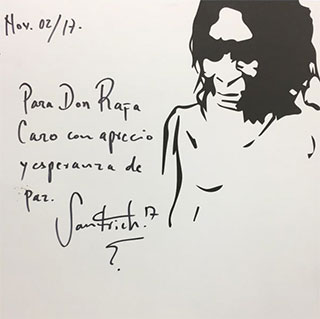 “For Don Rafa Caro with appreciation and hope for peace.”

According to the DEA, Santrich confirmed he would vouch for the drug trafficking deal, but surrendered no evidence to support this.

On February 8, 2018, a call was recorded during which Santrich’s assistant argued with Marin about a meeting they had organized.

Apparently, Marin had arranged for a group to meet with Santrich in his home at 7AM, but the FARC leader had to leave before that.

The assistant passed the phone to the FARC leader.

Marin: Hello Santrich. How are you, brother? So, they are telling me you leave early?

Santrich: Of course, Ivan told me to leave at dawn. I told them to wait for me here.

Marin: Look, they told me they would feel bad waiting for you … What if I tell them to arrive at 5:30AM?

Santrich: But only if you come too. I don’t meet with anyone alone.

According to the prosecution, the delegation had been infiltrated by a DEA agent. The prosecution published an image, but no audio of this alleged meeting with the Mexican delegation.

The deal allegedly concluded that the Colombians would deliver the first shipment of seven metric tons of cocaine within a month after the meeting. The remaining three tons would follow 30 days later.

Colombia’s Prosecutor said that US authorities monitored the payment and have identified the receiver.

The evidence has been sent to Colombia’s transitional justice tribunal, which can decide whether the evidence surrendered by the prosecution merits excluding Santrich from the peace process.

The Supreme Court will then rule whether the extradition request for the FARC leader is legal.