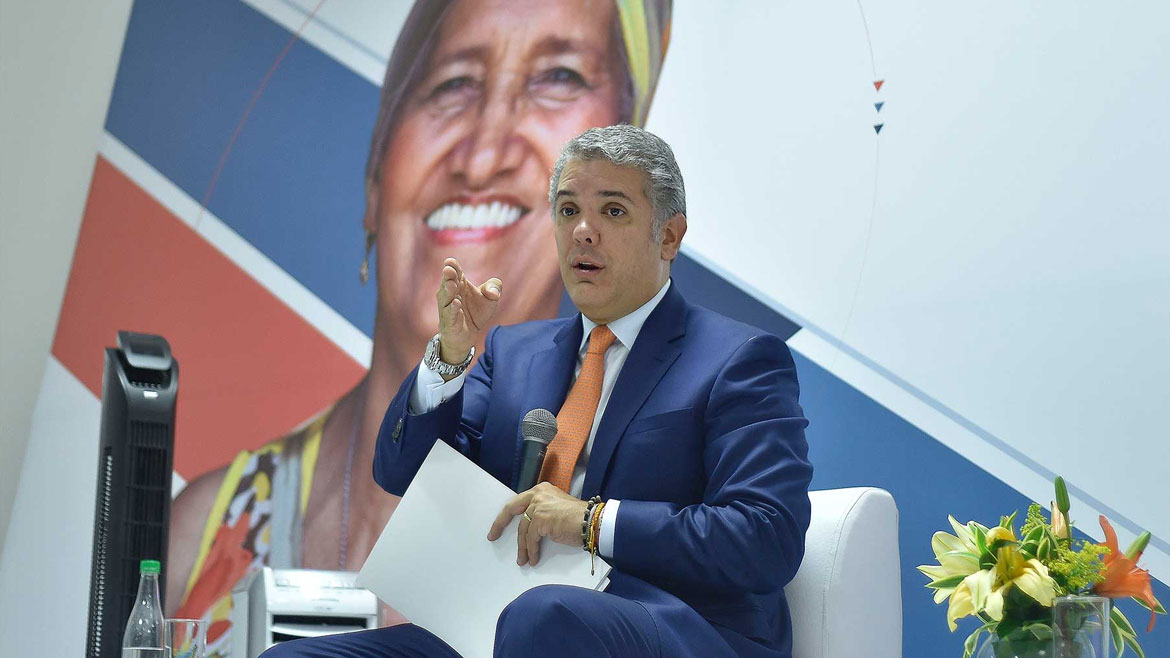 How Colombia’s president lost his legitimacy

The first evidence of the the president’s corruption and ties to organized crime emerged before his 2018 election already.

While still on campaign, Duque was caught falsifying his CV and the Supreme Court opened a criminal investigation into the president’s boss, former President Alvaro Uribe.

Furthermore, Duque’s support from politicians with proven ties to drug traffickers caused concern that the “Uribista” candidate was a “mafia puppet.”

Evidence of widespread election fraud in the congressional election triggered Supreme Court fraud investigations against multiple of the president’s allies.

The National Registry refused to investigate evidence of widespread fraud in the presidential elections, which severely eroded Duque’s perceived legitimacy ahead of his inauguration.

A controversial tax reform proposal sank the president’s approval to below 30% before the end of 2019.

Duque’s misrule led to a devastating defeat for Uribe’s Democratic Center party in the 2019 local elections and the biggest anti-government protests in more than four decades in November of that year.

Colombia’s national strike: the beginning of the end of Ivan Duque

The government tried to quell the protests with extreme violence, which fueled anti-government sentiment and further destroyed Duque’s approval rating.

Early last year, independent media revealed evidence that Uribe and Duque conspired with a drug trafficking organization to rig the 2018 elections, plunging the president’s approval to below 25%.

The coronavirus pandemic prevented a resurgence of protests and allowed Duque to hold off negotiating with the National Strike Committee that had organized the mass protests.

The president’s response to the devastating consequences of the pandemic as well as mounting evidence of corruption with coronavirus funds further deteriorated support for Duque.

The turnout for the protest wasn’t even close to the first protests until the security forces responded with even more brutality than in 2019.

The police brutality triggered anti-government protests perhaps even bigger than the one in 2019 and Duque’s approval rating dropped to a level unseen in history.

Meanwhile, the president’s legal problems mushroomed as he found himself charged with crimes against humanity before the International Criminal Court while already being investigated for his ties to narcos.

Duque was no longer considered a mafia puppet, but widely perceived as a tin-pot-dictator who had converted the government in an organized crime organization.

Colombia’s society wasn’t having any of this and rose up.

The mayors and governors who defeated the Uribistas in 2019 took charge of restoring order and preventing the first presidential lynching in history.