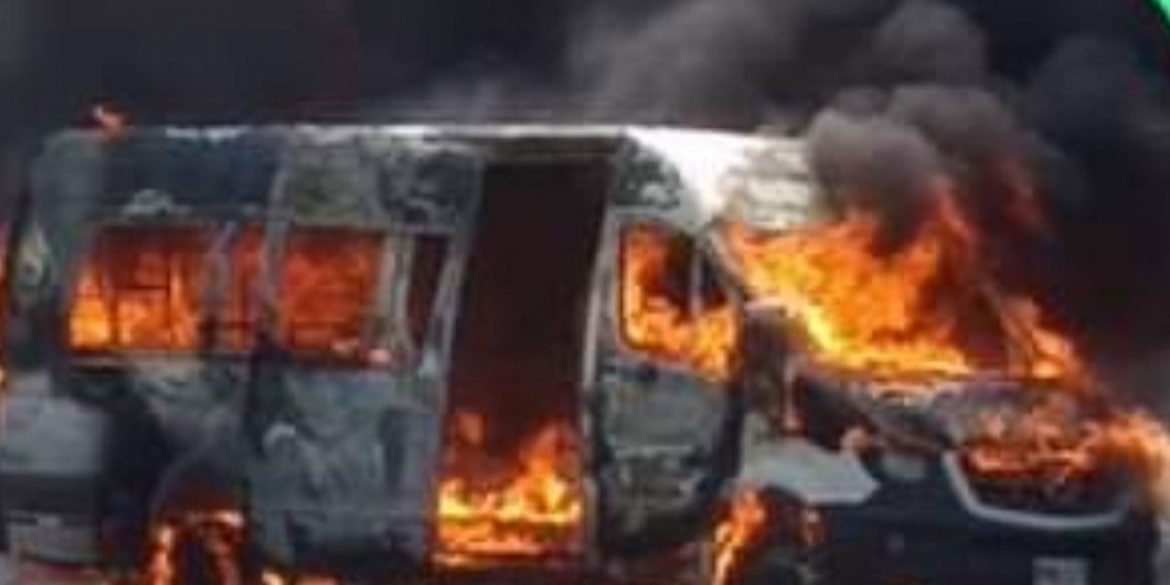 The ELN violently reaffirmed their control over Colombia’s northeastern Arauca province on Saturday, days after Human Rights Watch (HRW) claimed “the guerrillas were the police’ there.

In one of multiple attacks, guerrillas burned a van that was transporting workers from the capital Arauca to the Caño Limon oil field.

According to local radio station, La Voz del Cinaruco, other vehicles transporting workers were spray-painted with texts like “multinationals get out.”

In a second operation, guerrillas ordered the driver of a truck to block the road between the town of Tame and the capital.

State-run oil company Ecopetrol said that the guerrilla actions did not affect oil production. The army deployed troops from the 18th Brigade and the Quiron Task Force to clear the roads that had been blocked by the guerrillas.

The attacks harshly humiliated Governor Jose Facundo Castillo who said “they are making things look like they are not. and said he would ask HRW to correct the report in which the human rights organization stressed the level of control the ELN and dissidents of the demobilized FARC guerrilla group exercise in his province.

We will send a response to the report they presented so that they can correct it, because what they are telling us is that the only ones who exercise control here are the groups outside the law and that is not true.

In an interview with weekly Semana, HRW Americas director Jose Miguel Vivanco said Friday that “there is nothing worse in the human rights field than to come across an official who denies the diagnosis.”

Colombia’s Defense Ministry did not deny the HRW’s claims, but stressed the number of army units that were stationed in the troubled province.

The ELN attacks confirmed the claims made by HRW that the “security forces are especially ineffective in the countryside. Police presence is often limited to certain urban areas while much of the army presence in rural areas is focused on oil infrastructure.”

The guerrillas made it clear that while the oil infrastructure may be secure, locals who work in the oil industry are extremely vulnerable.

Defense Minister Carlos Holmes Trujillo vowed to talk to Vivanco in Bogota on Friday. Neither have revealed details about this meeting.