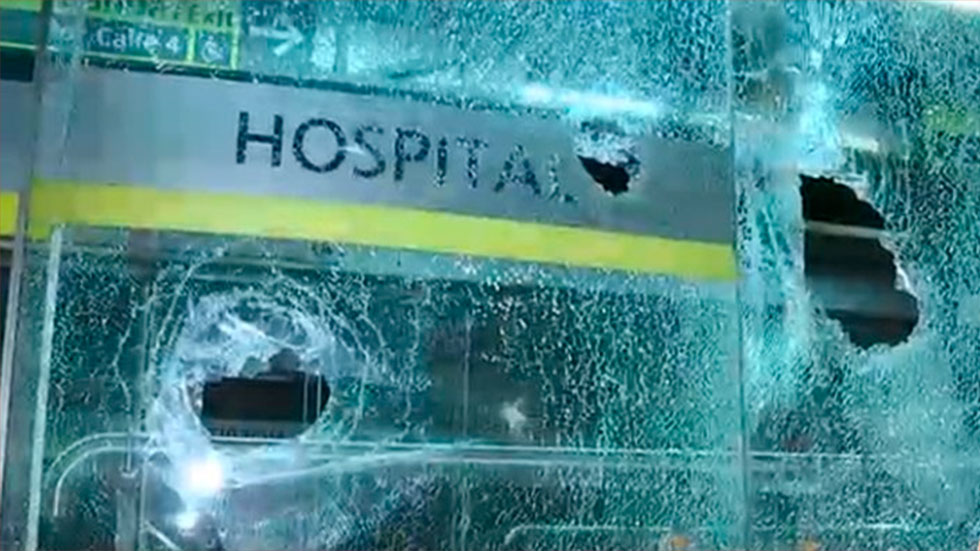 Vehicles in the area were reportedly also attacked.

“I was traveling down Caracas Avenue when a stone hit my windshield” before seeing the mob, a taxi driver told newspaper El Espectador.

Bogota Mayor Enrique Peñalosa promised to reduce the crime rates in the city when he took office in January, and many of his efforts have fallen hard on the homeless population of Bogota.

The riot comes roughly three months after police swept into the Bronx, Bogota’s most dangerous neighborhood, and attempted to clear out the homeless population.

Immediately, however, merchants in the area began to complain of the increase in the homeless population near their businesses.

With nowhere else to go, many of the estimated 1,600 of homeless people and drug addicts simply spread to nearby neighborhoods, despite some efforts to route them to rehabilitation services.

Later, reports emerged that hundreds of Bogota street dwellers, allegedly forcibly displaced by authorities, appeared in other cities, in a failed attempt to cover up the policy disaster of clearing the Bronx.

These reports are still under investigation.

The Capital District declared a public health emergency this week, and is attempting to double the budget to care for this population to roughly $60 million.

Meanwhile, the aftermath of Peñalosa’s attempt to show results in his fight against crime have backfired and made him the most unpopular mayor of Colombia with an approval rating of only 25%.