Hundreds of artifacts acquired by Spain in a 2003 drug cartel bust and returned to Colombian authorities in June 24 have finally arrived in Colombia’s capital of Bogota. 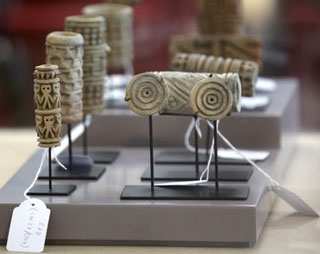 Pre-Colombian archaeological art displayed in Madrid
The artifacts were put on temporary display at Madrid’s Museum of America (Photo: Routers)

The artifacts were smuggled out of Colombia to Spain by drug cartels over a decade ago but recovered by Spanish authorities during a counter narcotics operation in 2003.

Colombia won a long legal battle that prevented the artifacts from staying in Spain or returning to the original discoverer, declaring the artifacts “priceless national patrimony.”

It took over a month after the official handover of the 691 artifacts to Colombian authorities to complete the tedious packing of the artifacts and prepare them for transport to Colombia. The packaging required 26 boxes with a combined weight of about 10 tons and was done in cooperation with the company DHL Express. 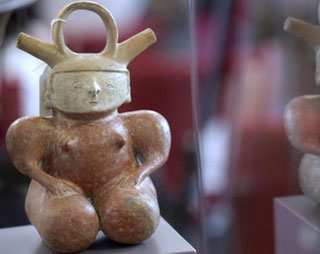 Pre-Columbian archaeological art displayed in Madrid
The collection has items from several countries, but the vast majority comes from Colombia (Photo: Routers)

The collection has pieces from all the major and diverse pre-columbian cultures. There are human figures from the Nariño region, masks from Tumaco, whistles from Tayrona, bowls from Calima, funeral pots from San Agustin, human figures from Quindio, Caldas, Risaralda, and Valle del Cauca, metalwork from Muisca, and much more.

The collection will go on public display in 2015, according to the Ministry of Culture.