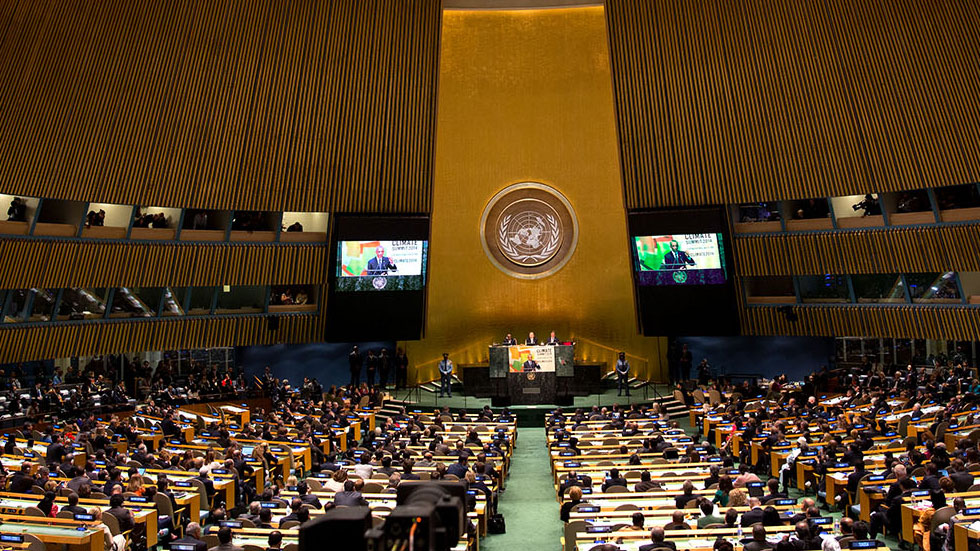 US President Barack Obama said Tuesday he considers peace in Colombia one of the world’s most important achievements during his eight-year presidency.

UN Chief Ban Ki-Moon called the peace agreement “a victory for Colombia” at the start of the 71st General Assembly.

While recounting “the progress we’ve made in the last eight years,” Obama listed helping “Colombia end Latin America’s longest war” among his chief accomplishments during his final address to the body as US president.

The line came at the beginning of the speech, a section where he attempted to define his legacy in the international realm.

Although perhaps premature, it represents the president’s real faith in the eventual success of the peace process, as well as an effort to tie its success to his own presidency.

The speech came a day after Colombian President Juan Manuel Santos formally handed a copy of the 297-page peace treaty to UN Secretary General Ban Ki-Moon and a day before the Colombian and US presidents meet.

Obama has openly supported the peace talks that have been held in Cuba since 2012 and appointed senior diplomat Bernie Aaronson as Special Envoy to the talks to make sure Washington was involved.

The US president has also vowed to increased aid for Colombia’s peace process, but Obama left unsaid that he may not be able to follow through on his $450 million aid pledge.

While the $352 million typically sent via Plan Colombia will continue, the Republican-dominated Congress is unlikely to approve the additional $90 million before elections in November, leaving the budget to the discretion of Obama’s successor.