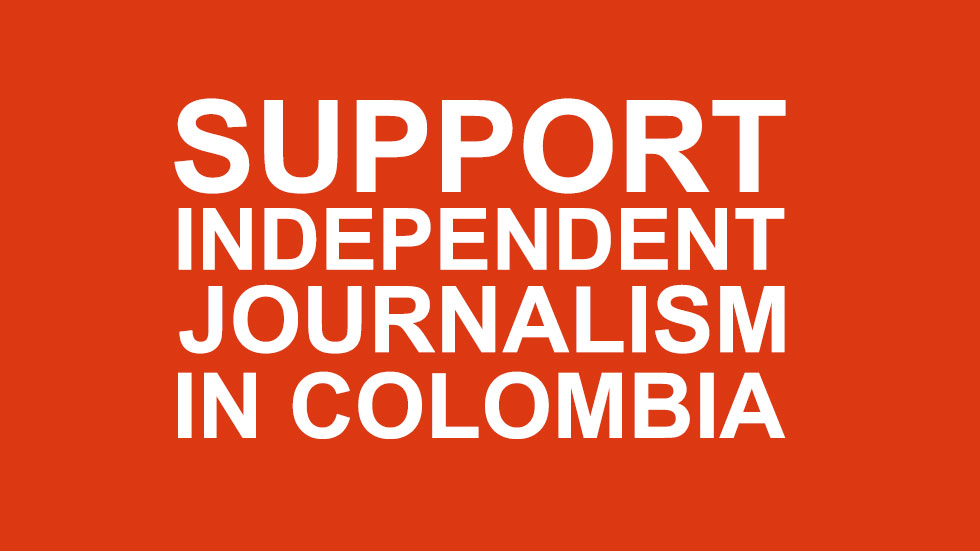 Colombia Reports is calling for your support as collapsing ad revenue and an increase in hacker attacks have put the future of the website in danger.

We have been able to report on Colombia since 2008, almost entirely because of the voluntary contributions of more than 100 writers and dozens of readers who have helped us with voluntary financial contributions.

This has helped Colombia Reports become the country’s largest news website in English and has given us the opportunity to help dozens of freelance journalists visiting the country to put Colombia on the global map.

How to finance indie journalism

Notwithstanding, to finance this operation I have always been forced to take up side jobs. Moreover, I have been fortunate that my family has stepped in at times there was no money to pay the bills.

For a short period I thought there would be a business model to support our reporting, but that was naive. I’m a journalist, not a businessman and there’s no money in journalism; the money is in entertainment and trivia.

The only way I know to make money in news is to spend the newsroom’s resources on publishing articles on Sofia Vergara’s cleavage or other trivial nonsense. I refuse to do this. There are too many important things going on in Colombia to waste time on T&A.

Moreover, our critical reporting and refusal to sell out our journalistic integrity has made us hardly popular with advertisers and marketing chiefs. And unlike corporate Colombian media, we do not seek government propaganda budgets to finance our reporting; nor do we receive grants or funds from NGOs.

While sometimes controversial and not always reporting on what everyone wants to hear, independent journalism like that of Colombia Reports is important. It plays a crucial role in supplementing mainstream reporting that only occasionally dedicates resources to reporting on Colombia.

Moreover, an independent and free voice in a country as polarized and divided as Colombia can contribute to a more moderate public debate and, rather than putting political concerns on the public agenda, we have the ability to put public concerns on the political agenda.

However, the financial situation of Colombia Reports has worsened significantly over the past year, which requires immediate action if we want to continue our work.

The use of ad blockers has caused a collapse in revenue generated by Google Ads, our primary source of revenue.

Additionally, the website has increasingly been the victim of hacker attacks: just last weekend we were attacked more than 700 times.

These attacks have dramatically increased the cost of Colombia Reports as we have been forced to implement all kinds of security measures to avoid being taken off the air.

Additionally, they have forced us to close down the comment section and end our weekly newsletter simply to save money.

Compounding the situation, the combination of increased server costs and decreased ad revenue has put us in the red to the point that unless we increase our income, we will be forced to shut down this website.

This would personally break my heart because for the first time in my journalistic career I have been able to use my skills not to make money for media bosses, but actually and sincerely try to inform the public.

Your help is urgently needed

Perks of being a friend of CR

We began calling for voluntary reader contributions a year ago and I’m glad we did. Had it not been for our “friends,” I wouldn’t even be writing this piece.

Thanks to contributions, we were able to dramatically increase the speed of the website and implement the protection measures needed to counter the hacker attacks.

However, the $175 a month we receive from readers was not enough to save the comment section or the free weekly newsletter. It’s definitely not enough to survive.

To secure Colombia Reports’ future, I want to call on you for help.

If you appreciate what we do, if you think our reporting matters, please become our friend and sponsor our work for either $5, $10 or $20 a month.

In return, all “friends” will receive Colombia Reports’ Whatsapp number so you can directly ask specific questions, request coverage on specific topics or ask us to verify something that concerns you.

If financially possible, I will also reinstate the comment section and remove intrusive advertisement from the website, making sure you’ll be able to read the news without someone telling you that you’ve won the lottery.