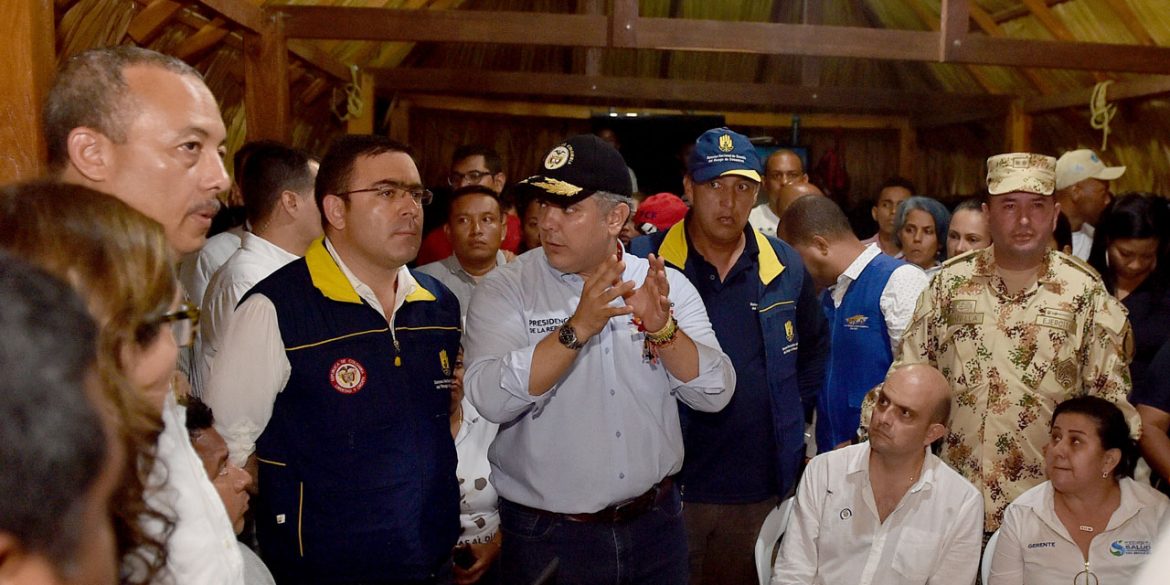 Extreme rainfall in northern Colombia has cut of tens and thousands of people from civilization, according to the United Nations.

Particularly Uribia, Colombia’s northernmost municipality, is affected with an estimated 63,400 suffering the flooding of neighborhoods, informal settlements and a school, according to OCHA.

The vast majority of the rural population of Uribia has been cut off from civilization because of the floods, the humanitarian agency said.

It is worth noting that 91 percent of its inhabitants are indigenous and located in a dispersed manner. The rains and consequent flooding have caused 80 percent of the rural population to be cut off by land.

The UN agency said it had sent 19 ton of aid to the region to support the locals, many of whom are both Colombian and Venezuelan, and Venezuelan refugees that got trapped in the deserts of the northern province.

President Ivan Duque, who visited La Guajira on Saturday, said that both national and local authorities are “attending and containing the effects of this emergency.”

The president said that national authorities would increase the number of helicopters active in the region “to bring food supplies where they are difficult to arrive.”

The emergency that according to the UN began two weeks ago is being followed “minute by minute,” Duque said in his first public response.

The floods in La Guajira are among many emergencies in Colombia that are caused by extreme rainfall that is mainly due to the rainy season that began in late September and is expected to last until December.