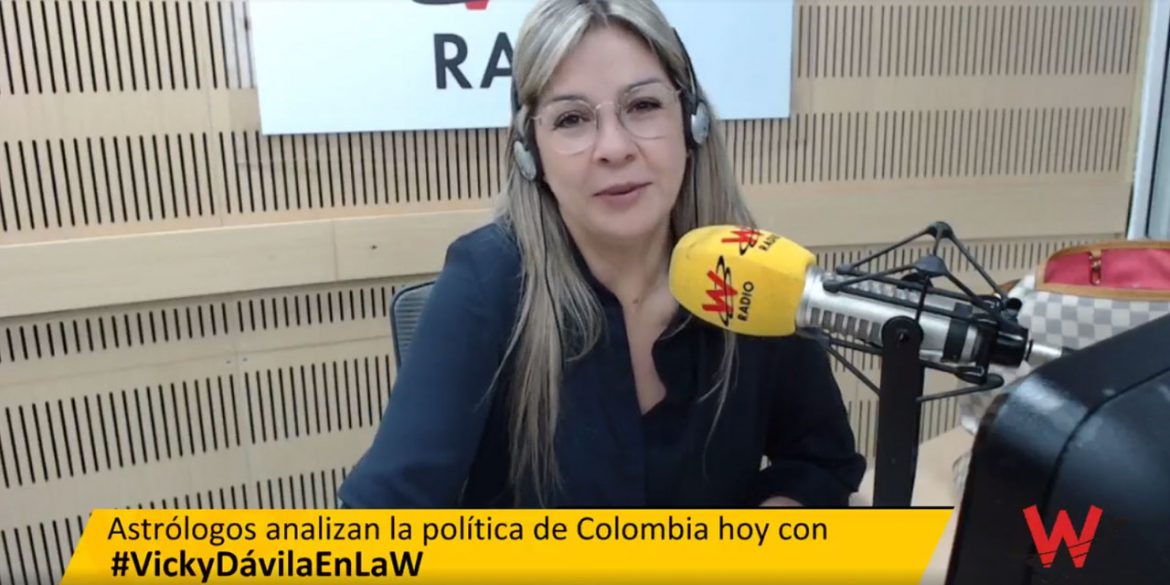 Having fun with Colombia’s media | astral solutions for earthly crises

Colombia is in crisis. Its peace process is failing and its economy has stagnated, so one of the country’s most popular journalists asked two astrologers for solutions.

Vicky Davila, the host of W Radio’s morning news program, asked the questions that need answers: Why is unemployment skyrocketing? Why are Colombians pessimistic about their future? Is President Ivan Duque taking the correct decisions?

In the hour-long interview, astrologer Martin Ochoa explained that “if we do an analysis based on the age, beginning with a look at the movement of the planets, we are entering violent resonance.”

Despite the planets’ fixed orbits around the sun, Ochoa said that “we must find alternatives for a way out.”

According to astrologer Giovanni Londoño, Colombia’s current crisis must be put in a historical context in order to find solutions.

Colombia is a country that was born under the sign Cancer. All countries born under Cancer are going through crisis. In Colombia something will happen, but we must know how prepared we are to face the crisis.

Londoño went on to explain that “we are talking about a cycle regarding the coming six years. So we need to have a number of remedies to avoid this cycle of fatality, take decisions not to enter fatality.

Ochoa said that he believed that from the current crisis “a new constitution will emerge.” Just like that.

Both astrologers agreed Colombia’s economy is in crisis, not because the finance minister’s alleged ineptitude, but because “the planet of employment is in retrogression,” according to Ochoa.

Jupiter is the one who controls employment. Jupiter tells us that employment is improved through education. Colombia doesn’t have people in many specialties.

The astrologers agreed Duque is in a difficult situation, but disagreed about the solutions to the governability crisis.

According to Londoño, Duque “should resolve things of the house number 12, which has to do with land and production, warning that if the president doesn’t fix house number 12’s problems, “he can lose control of the country’s economy.”

Ochoa, on the other hand, said that the president’s cards “show there isn’t and well-integrated team, there are alignment problems. Because of this, we are not moving forward.”

“Duque must continue with the peace process, that’s what the astrological cards say,” according to Ochoa, whose cards are diametrically opposed to the president’s far-right party.