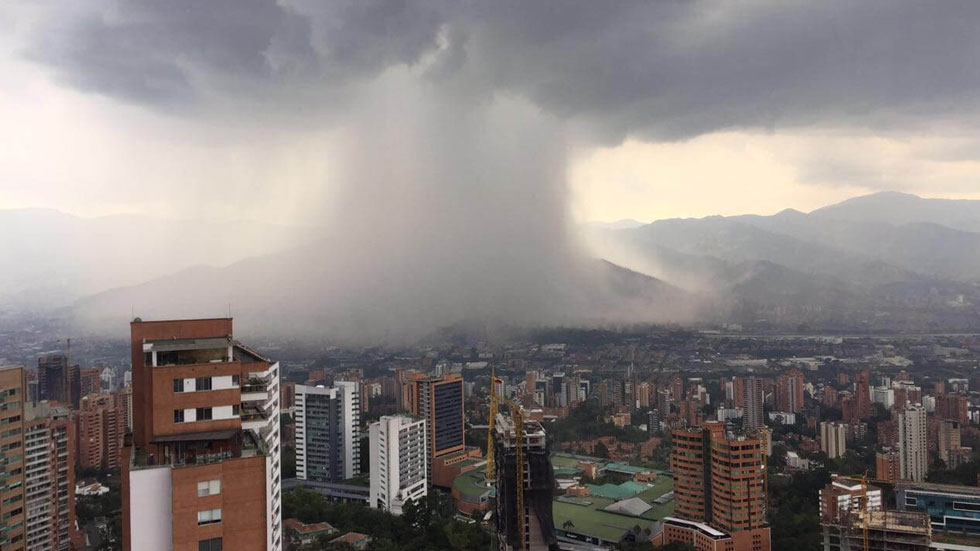 Half Colombia’s municipalities at elevated risk of natural disasters

More than 180 of Colombia’s approximately 1,000 municipalities are either on orange or red alert for natural disasters like the one that partially destroyed the southern town of Mocoa.

Including municipalities on yellow alert, half the country’s municipalities are considered at some elevated risk of mudslides or collapsing mountainsides, the director of Colombia’s meteorological institute IDEAM, Omar Franco, told press on Sunday.

March was an atypical month, it was the most rainy of the past six years. Because of this, a large number of the country’s rivers are registering medium to high volumes.

According to Franco, the regions at the highest risk of natural disasters as a consequence of the excessive rains are located in Colombia’s Andean regions in the southwest and center of the country.

“We have registered rains exceeding the norm with 50% in the vast majority of [survey] stations managed by the IDEAM,” the meteorologist said.

if April, commonly one of the rainiest months of the year, continues to register excessive rainfall, the IDEAM director also fears floods or mudslides occur along the country’s biggest river, the Magdalena, which caused major floods in its northern delta in 2010, the last time “La Niña” hit Colombia.

The meteorological authority has been warning about “La Niña” since July last year. The weather phenomenon should be gone by the time Colombia awaits its second rainy season in September.