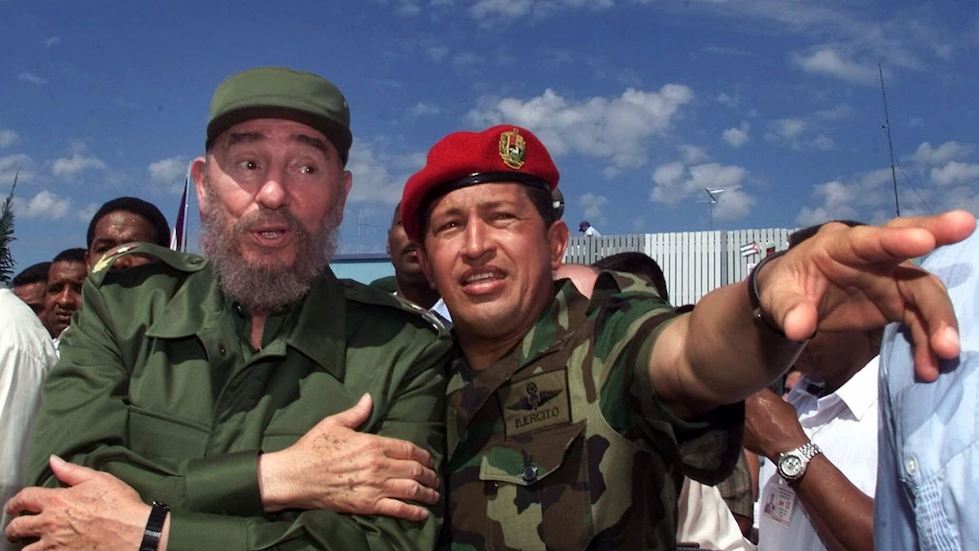 Why does over half of Colombia ignore facts believing the country is turning into Venezuela?

Although there is little evidence to support the claim, over 50% of Colombians fear that the country is at risk of turning into Venezuela at some point in the future, according to a recent poll carried out by local media organizations.

The risk of turning into a “Castro-Chavez state” is a political talking point of hard-right former President Alvaro Uribe’s Democratic Center political party, infamous for misinforming the public in its opposition to peace with the FARC.

Actually, the former President Uribe made up the term “Castro-Chavezism” with the express aim of planting fear among the public in order to rally opposition to Colombia’s historic peace deal.

The supposed threat propagated by the former president is that if the FARC is allowed to enter politics peacefully and stolen land is returned to victims of the armed conflict, Colombia is going turn into Venezuela. While it’s possible Colombia may move to the left, there’s little basis to believe it will look much like its neighbor.

However, the campaign has repeated allegations that Colombia is headed for “Castro-Chavezism” enough times on social media websites like Twitter that apparently a majority of Colombians now believe it to be true.

Given the vast differences between the conditions that gave rise to the so-called “Bolivarian Revolution” in Venezuela and the conditions Colombia finds itself in at the current moment, there is no evidence or indication to substantiate Uribe’s claims.

Both Colombia and Venezuela emerged — along with Ecuador — in 1830 from the collapse of Simon Bolivar’s Gran Colombia. Since then the countries have followed significantly different trajectories.

As Semana magazine points out, when Chavez was elected, Venezuela had nearly 300 billion barrels of oil, with petroleum accounting for more than 50% of the country’s GDP and roughly 95% of total exports. Due to the massive rise in global oil prices over Chavez’s tenure, his government received a jaw-dropping cash injection to the tune of $1 trillion in extra revenue between 1999 and 2014.

Combining this unprecedented government treasure trove with his charismatic personality, Chavez was able to cultivate fierce public loyalty through generous gifts to the poor for food, health, education and housing.

Colombia, on the other hand, has more diversified economy with nowhere near the oil reserves of its neighbor to the east. The chance of a populist leader coming into power to enact ambitious Venezuela-like social programs, buy out the people’s loyalty and undermine democratic institutions is extremely unlikely.

Spread anger over the truth

Following the defeat of the peace deal in a popular referendum by 50.2% majority late last year, former Senator Juan Carlos Velez, the campaign manager of Uribe’s Democratic Center party, told La Republica newspaper that his party’s campaign was successful because it purposely created indignation, while avoiding talking about the content of the peace deal the party was opposing.

Velez said his campaign “stopped explaining the agreements to focus on the message on indignation.”

The campaign fine-tuned its approach to promote to most indignation possible while avoiding the use of factual information.

“In the middle and upper classes we centered around the ‘no impunity’ and the tax reform, while in the lower class radio stations we focused on the subsidies for demobilizing guerrillas.”

“In terms of the regional segments, we used their respective accents. On the coast we narrowed down the message to that we’re going to become Venezuela,” Velez said.

While the former president’s disinformation campaign has played a role in promoting fear of “Castro-Chavezism,” the other piece to the puzzle is poor communication on the part of Santos and the proponents of the peace deal.

The Santos administration and the FARC are deeply unpopular in Colombia’s public sphere, both with just an 18% approval rating.

The peace deal with the FARC is an ambitious 310-page accord that isn’t exactly easy-reading material for the average Colombian, of whom over 50% haven’t read a book in the last year.

With nobody reading the peace deal, the task of explaining it fell on Santos. The president, who hails from a Bogota-based elite oligarchic family, has hardly risen to the challenge.

Strategist Luis David Duque, who helped Santos found his centrist U Party in 2005, told El Espectador, “Santos hasn’t known how to sell the work his government has done.”

Duque said, given Santos’ failure to make his case to the Colombian public, it will be easier to run a campaign against him and the peace process, giving the former President Uribe an upper hand in the upcoming election.

Who will be Colombia’s next president, according to the 1st predictions?