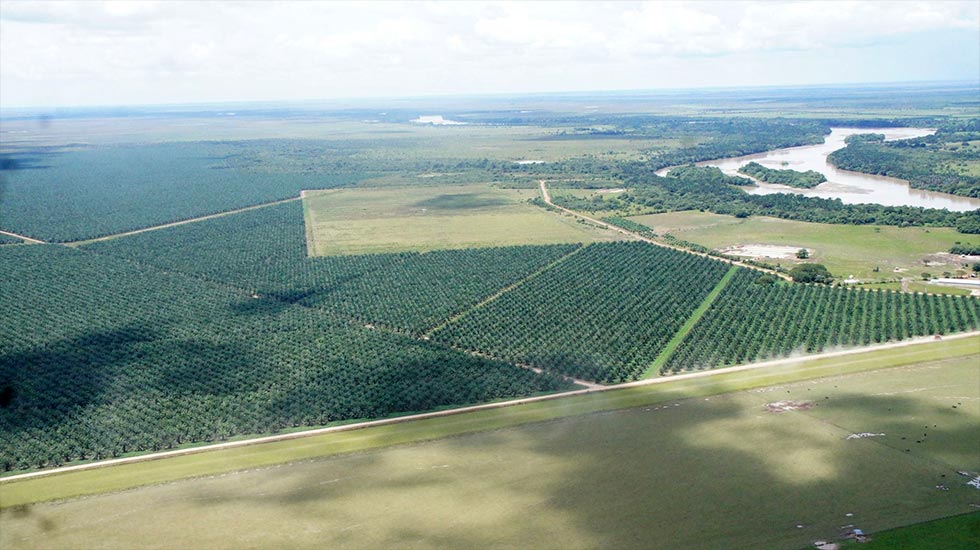 Most guidebooks on Colombia ignore the massive chunk of this country that lies to the east of the Andes Mountains.

We cannot deny that guerrilla groups still hold sway in some of the remote forests and savannas that make up the Orinoco river basin.

But the road that links Bogota to Villavicencio has been perfectly safe for at least five years. And the roads that cross the eastern plains – or llanos- offer some of the most memorable scenery in all of the country.

From Villavicencio you can head south towards Granada or eastwards to Puerto Gaitan.  But first, I recommend you check
out the nightlife, at the city that calls itself the “gateway” to Colombia´s cattle country.

The folks at Villabo take pride in their musica llanera, it´s a popular genre in the great plains of Colombia and Venezuela, and it´s played with a harp, maracas and a four string guitar called the cuatro.

This genre was developed by cowboys who sang poems to their boundless landscape and to their feisty women.  And you can hear the speedy rhythms and the loud voices at family venues like the Pentagrama, near downtown.

The most famous place to see experience the fun is Capachos, a mega disco that looks like a drug traffickers mansion, but is actually quite a decent hang out.  Capachos is packed with beautiful people, and it´s four ambiances cater to all tastes.  Techno, regaetton, merengue, salsa, and of course, Musica Llanera.

If you´re in a more contemplative mood,  the 200 km road that links Villavicencio to Puerto Gaitan offers some appeasing views of Colombia´s great plains.  As well as a tacky monument that marks Colombia´s geographical center.

The land gets flatter and flatter as you drive away from the foothills of the Andes mountains. And that´s when the real cowboys begin to appear.

At Orocué, in the neighboring Casanare department, men without shoes ride their horses through the towns dusty streets.  Indigenous people sit by the town´s river port and half a dozen wrinkled farmers in cowboy hats play tejo in one of the towns “social clubs”.

Orocué can be easily reached on a passenger boat that leaves every morning from Puerto Gaitan, taking a smooth two hour ride down the vast and totally natural, Meta river. You can even take boats that go all the way to Puerto Carreño, a river
town on the border with Venezuela.

But Orocué´s the place to hop off the river, if you need to head to Yopal, and back to “civilization” in the Andes mountains.

The –mostly unpaved- road that connects Orocué to Yopal, crosses an impressive stretch of grasslands, that are only interrupted by a few cattle ranches and a number of exotic birds.

We saw almost no other cars when we took this road, but our bus did have to sort its way through a herd of a couple hundred Brahmin cows.

We saw men on horses lassoing a stray bull, and although our bus advanced for hours, we never seemed to leave that flat horizon where the earth forms a perfect line with the blue sky.