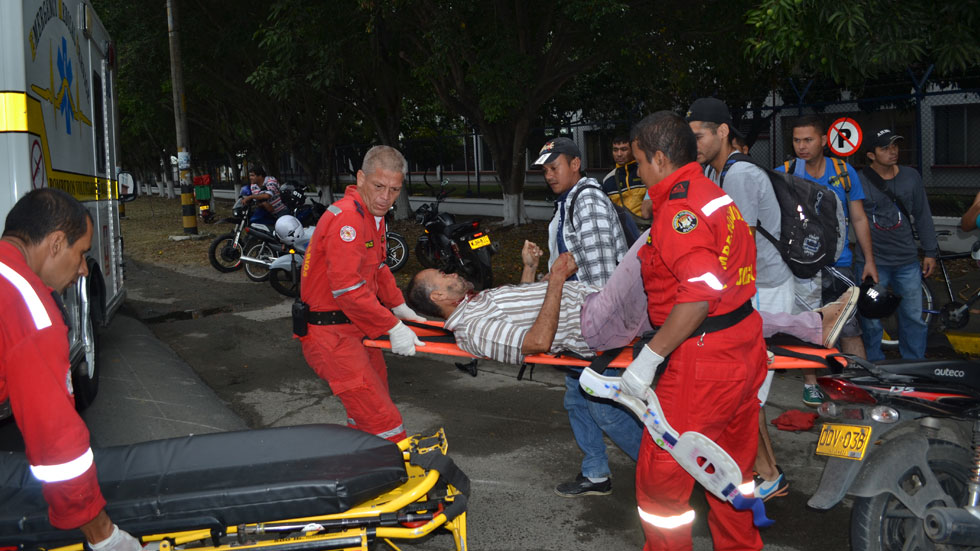 AT least 30 sugarcane cutters and befriended farmers were injured in southwest Colombia on Sunday when a grenade exploded in a club where the victims were having a party.

The attack took place in El Presidente, a village in the southwestern Valle del Cauca province, one of Colombia’s main sugar producing regions.

According to Police authorities, the grenade exploded into the club just after 1AM when some 50 people were attending the party.

No fatalities have been reported, but two of the victims on Sunday were still held in Intensive Care.

According to newspaper El Tiempo, witness reports differ about the cause of the explosion. While one reportedly claimed the grenade accidentally fell out of the pocket of one of the party-goers, others said the grenade was thrown into the club by men on a passing motorcycle.

“We are carrying out the necessary investigation efforts to determine who is responsible for this attack,” Colonel Andres Serna was quoted as saying by newspaper El Tiempo.

Operation commander Colonel Jaime Puentes told the Publimetro website that he believes the grenade explosion was a retaliation attack between drug trafficking groups active in the region.

The center and north of Valle del Cauca has long seen tensions between paramilitary group AGC from the northwest of Colombia and local drug trafficking organizations loyal to Cali-based crime organizations.

To further complicate matters, the region is home to numerous small crime groups that in the past have clashed frequently in turf wars.