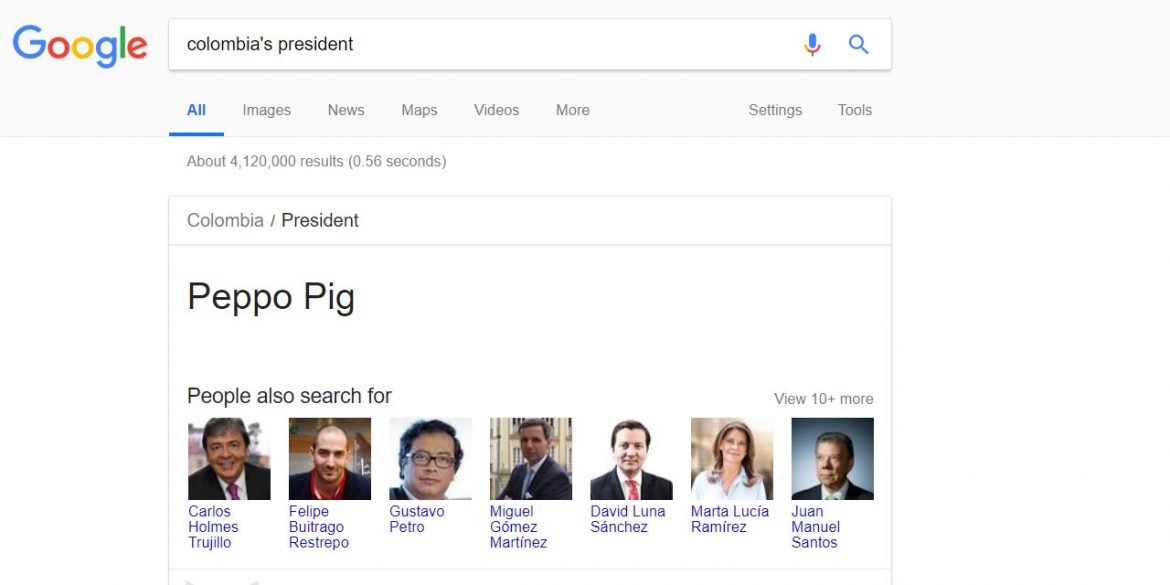 Google is wrong: ‘Peppo Pig’ is NOT Colombia’s president

Contrary to what Google says, Colombia’s new president is not called Peppo Pig, but Ivan Duque.

Internet users looking up “Colombia’s President” have been told by the search engine that the South American country elected a person with almost the same name as the popular animation character Peppa Pig. This is false.

Find out who Colombia’s president really is

Colombia’s president since Tuesday is Duque, a 42-year-old son of a late minister who rapidly made career through Colombia’s political nepotism network that has produced dozens of incompetent and corrupt heads of state. 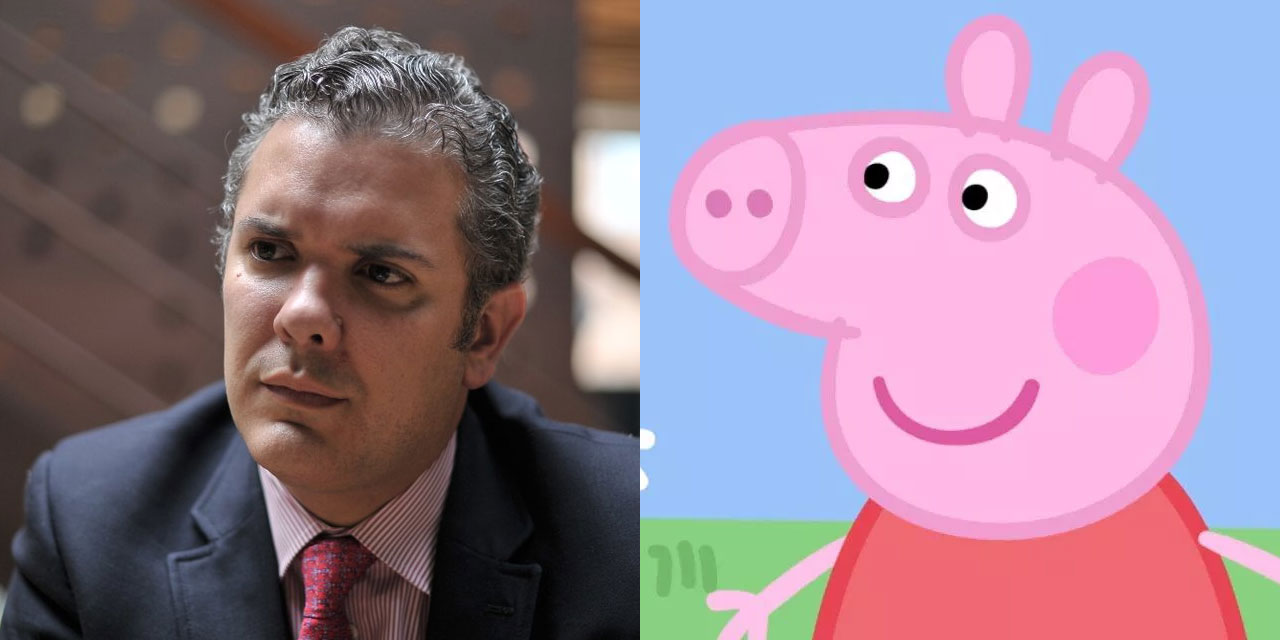 Google-savvy opponents of Duque are now apparently trying to associate their country’s leader with “Peppa Pig,” the popular cartoon character for children.

There have been doubts about who Ivan Duque really is after he falsified his CV, plagiarized Spanish political propaganda and called his “beloved” political patron the country’s “eternal president.”

Colombians — and now English-speaking internet users — have been purposely misled by the mixing of fact and fiction for years.

Late author and journalist Gabriel Garcia Marquez won a Nobel Prize for Literature for his ability to weave historical events into fictional tales. The mixing of fact and fiction has been an integrated part of government propaganda and political campaigning for decades.

Duque, for example, won the election from leftist candidate Gustavo Petro, after an exceptionally dirty campaign that tried to convince Colombia’s voters that his social democratic opponent would “turn the country into a second Venezuela.”

At one point during the election race, more than half of Colombia’s population believed that electing Duque’s opponent would result in communist tyranny, according to one pollster.

The apparent “Google bomb” that has produced the “Peppo Pig” result could have a similar effect and falsely make internet users believe that Colombia’s president is a cartoon character that serves an audience with the cognitive abilities of a three-year-old.