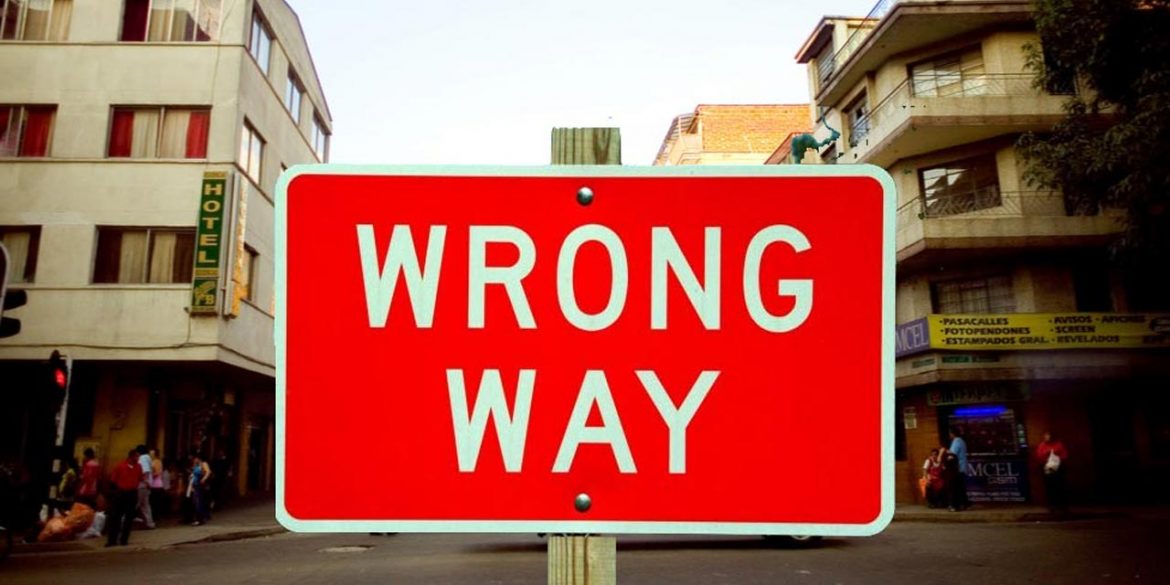 Medellin has made massive progress in both public safety and tourism over the past decades. However, as the city slowly becomes a recognizable tourist destination, there are plenty of places a traveler should not wander either for their own safety or to avoid wasting their time.

Some of these places are the stomping grounds of prostitutes and drug addicts; others are where pickpockets and thieves congregate, or the places embroiled in gang-related violence. There are also places that are blatant tourist traps simply not worth the bother.

Colombia Reports determined the no-go areas based on warnings by the Ombudsman and visits to these neighborhoods.

The remaining levels of caution should not be interpreted as a travel warning, but rather an invitation to explore the city with the appropriate caution.

These caution levels are based on local reports on the prevalence of street crime and violent gang activity. 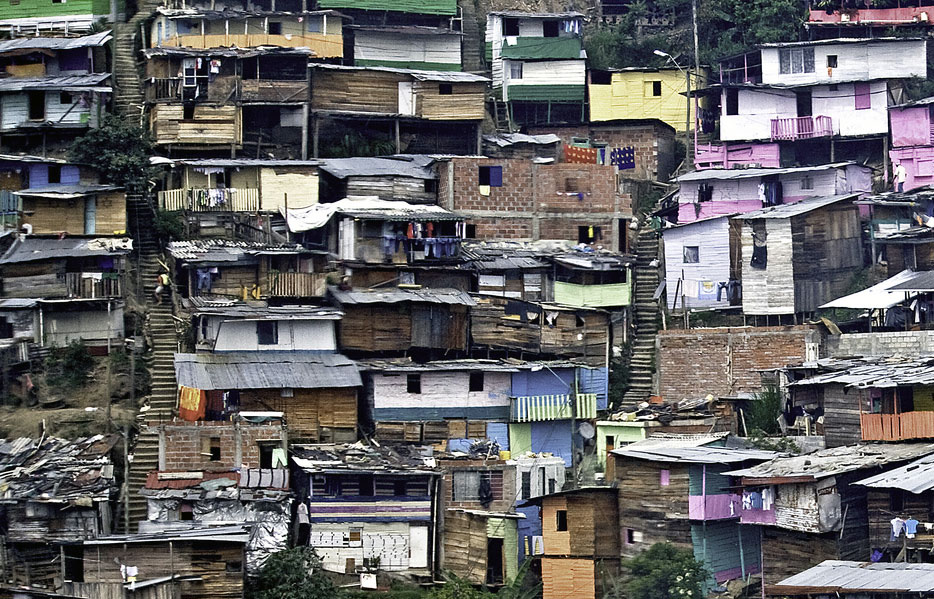 The west of Medellin has been disputed by illegal armed groups throughout Colombia’s armed conflict, most recently by local crime syndicate La Oficina and paramilitary group AGC. This war has persisted in the western parts of the San Javier, Belen and Robledo districts throughout 2018.

This does not mean that the entire districts of San Javier, Robledo and Belen should be avoided, on the contrary. The city installed outside escalators onto the mountainside in the Comuna 13, which have been safe for years.

In fact, the six sections of the escalators have made parts of the district safer for both locals and tourists, and have spurred a tourism boom in the safe parts of one of Medellin’s most colorful districts. 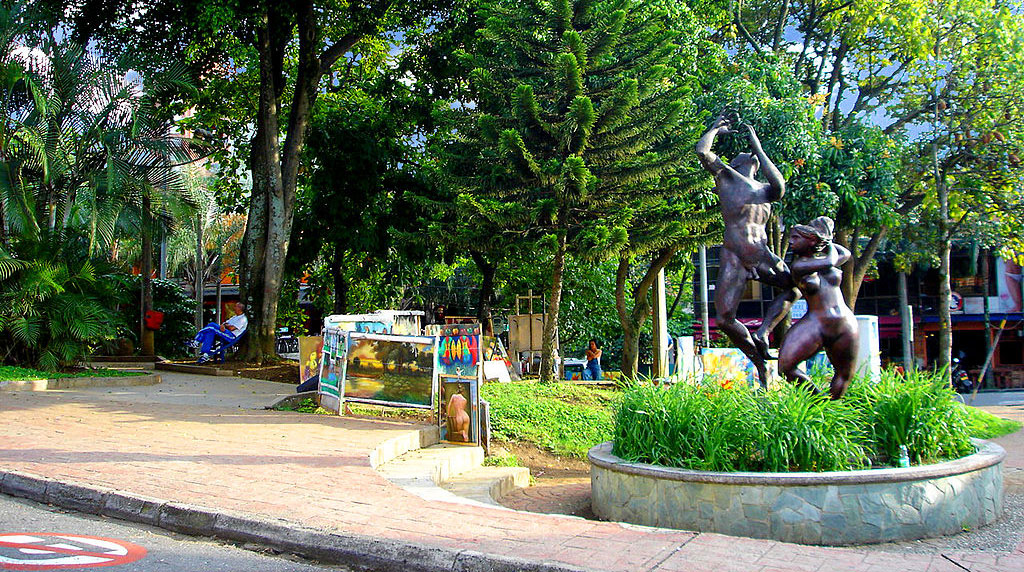 Parque Lleras before the prostitutes (Image by No machine) -readable author provided. Scabredon~commonswiki assumed (based on copyright claims). [Public domain], via Wikimedia Commons

Parque Lleras, in the upscale Poblado neighborhood, used to be the primary tourism attraction for foreign visitors and continues to be full of restaurants, hotels, bars and clubs.

Almost without exception, these places are overpriced, pretentious, and utterly non-Colombian.

Because of rampant sex tourism that has disgraced the neighborhood around the park, the area around Parque Lleras is increasingly avoided by locals.

Lleras has long lost its appeal of being the “upper class” area of the city. Furthermore, there have been an increasing number of reports of police trying to extort tourists to make an extra buck.

Fortunately, other places have emerged where you can hang out with the city’s jet-set. 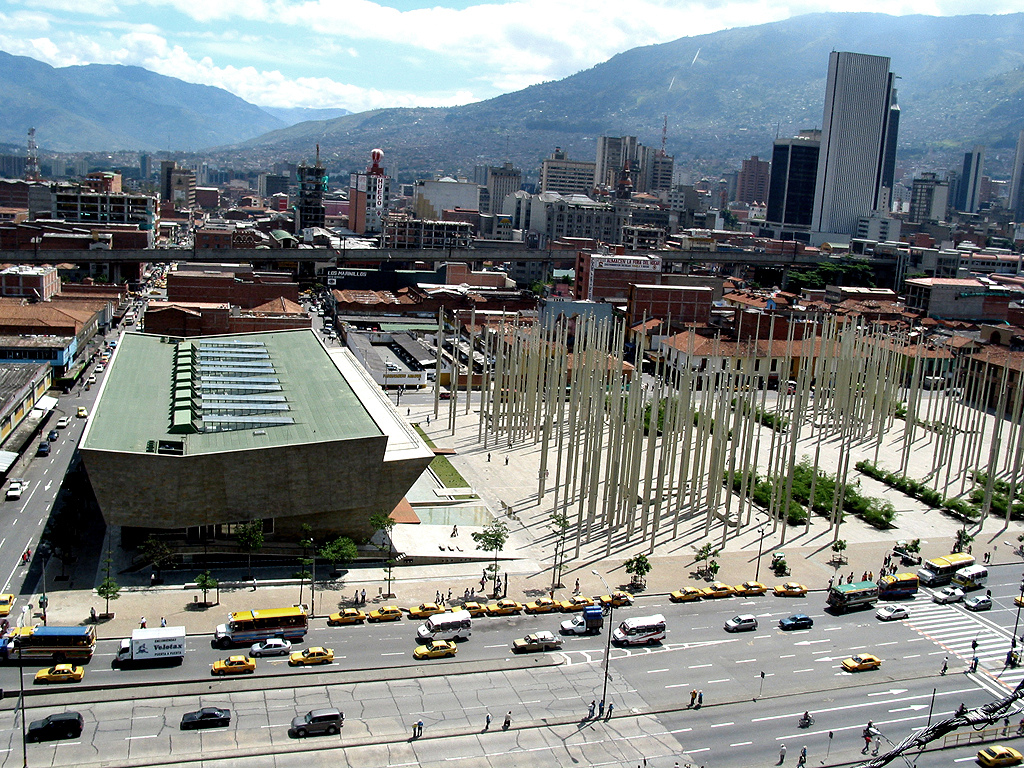 Tourists would never have dared venture to the modern-day Parque de las Luces when Pablo Escobar was still alive. A building on the plaza, then called Plaza Cisneros and located across the street from the city hall, used to house the drug kingpin’s cartel headquarters.

That same building is now the Ministry for Education, and the newly renovated plaza contains dozens of huge white vertical poles fitted with lamps that are lit up at night – a controversial project called “Medellin is light” from architect Juan Manuel Pelaez.

The plaza is now used as a public space for markets and city events and borders Medellin’s administrative center, but problems still persist.

The plaza is a magnet for drunks, drug addicts and the homeless, and the level of street crime here is rife. Knife attacks are not uncommon, and it is recommended to never visit the plaza after dark.

In 1995, a guerrilla planted a bomb at the base of a bird sculpture in Parque San Antonio — one of many larger-than-life sculptures from artist Fernando Botero that are scattered throughout Medellin.

The resulting explosion killed 23 people and injured a hundred others, but Botero refused to have the ruins of his sculpture removed. Instead, he sculpted a second bird, taller than the first, and placed this ‘Bird of Peace’ sculpture beside the original, damaged piece.

Sadly, the park is known for pick-pocketing and armed robbery, particularly when there are less people around or when it gets dark. It’s particularly not recommended to walk through the park alone.

Atop a hill in the center of Medellin sits Pueblito Paisa, a reproduction of a small Antioquian village typical to the region.

If you don’t have any chances to journey outside of the immediate city while in Colombia, then you might enjoy a visit to the fake “village” — otherwise, just don’t bother. There’s something rather sad about a fake village filled with vendors desperately trying to flog their wares to tired tourists.

Truth be told, the hilltop next to the fake village does offer a spectacular view over the center of city.

Prado, located downtown on the northern side of 10th district, is the old residential neighborhood for the city’s traditional elite. The neighborhood has been deemed cultural heritage because of its spectacular architecture.

However, the neighborhood is also a hotspot for drug dealings and child prostitution. The area around it, known as La Candelaria or El Centro, has the highest homicide rate in Medellin.

During the day, El Centro is also filled with bankers and business people hard at work in office buildings, but between 6PM and 8PM all commuters and cops go home and the downtown area becomes one of the most desolate districts of the city. Prado even more so.

Welcome to my neighborhood, downtown Medellin, a.k.a. ‘El Centro’

While Prado makes for a spectacular walk, this is only recommendable when in a group.

When anyone in Medellin is looking to buy drugs, Barrio Trinidad is where they go.

If you live in the city and know how things work, then you’ll probably be fine — but if not, it’s a minefield of unsavory experiences.

Quite apart from the possibility of a drug deal going wrong and putting you in danger, there’s also the prospect of policemen waiting to arrest you.

The Antioquia Museum is counted as one of Medellin’s main attractions, but the vast majority of works inside the museum are the hundreds of pieces Colombian artist and sculptor Fernando Botero donated to the city.

It’s much more interesting to observe his statues that are dotted around outside, in the city’s parks and plazas, instead of actively wandering through rooms of his work that fill the entire third floor.

The museum also features collections of Colombia’s religious artifacts and paintings of Colombian independence heroes, plus a modern art exhibition, but none are very impressive.