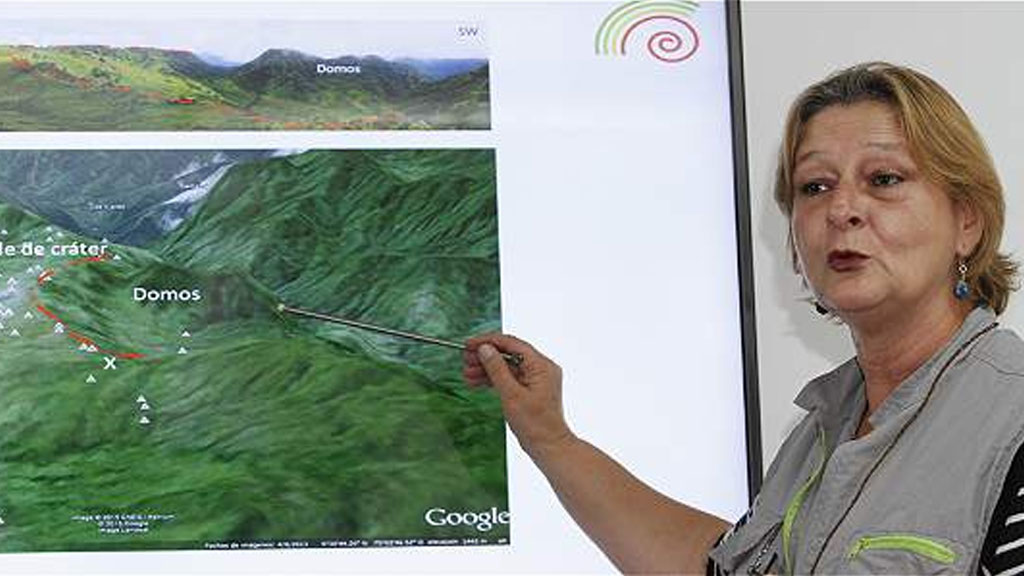 Colombian geologists said Monday that they have discovered a previously unknown and “potentially dangerous” volcano in the west of the country.

According to the Colombian Geological Service (SGC), the volcano was discovered near the village of Florencia in the Caldas state.

The volcano was baptized “El Escondido,” Spanish for The Hidden One.

It was given that name because its shape is hardly distinguishable from the surrounding slopes, delaying its detection until geologists began investigating the area in 2013.

However, the volcano is potentially active and dangerous because it erupted as recent as 30,000 years ago, which for a volcano is virtually nothing.

This eruption was so violent and powerful that it left layers of lava and ash as thick as eight meters.

“The evidence shows that this volcano is potentially dangerous, for example, because of the extent of rock deposits that are larger than the Machin volcano, the most explosive in the country,” geologist John Macario told newspaper El Tiempo.

The SGC is still investigating whether there have been more recent eruptions and whether there is the necessity for special equipment to monitor the volcano’s activity.