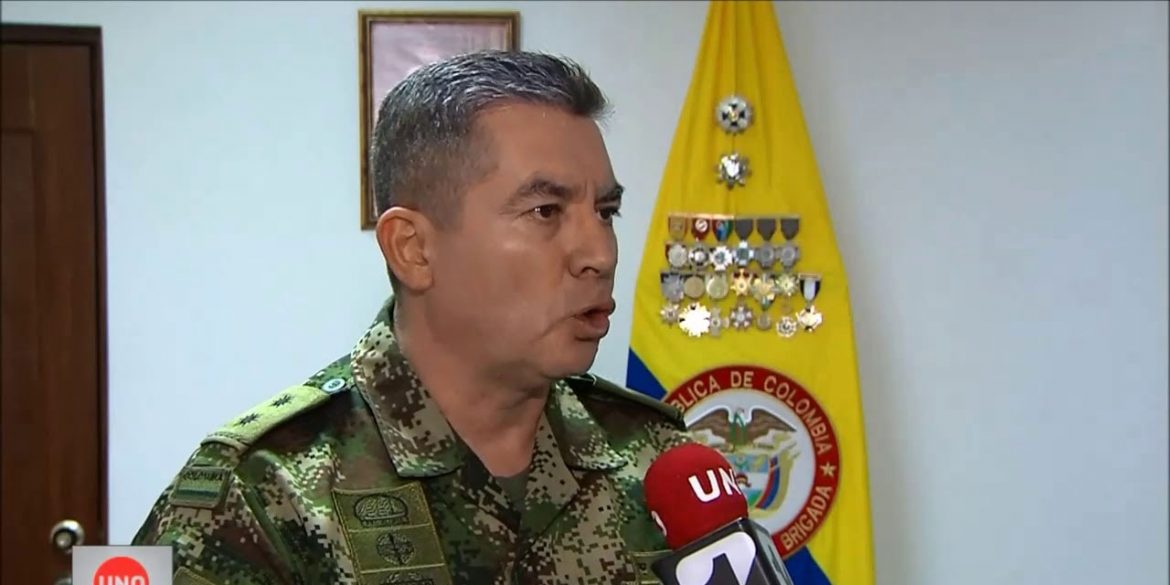 General Marcos Evangelista Pinto sued victims for tarnishing his reputation after letting his own men rot in prison for executions carried out under his watch.

Pinto is the commander of the 2nd Brigade of Colombia’s Army, despite claims he is complicit in the execution of 45 civilians who were later presented as guerrillas killed in combat and evidence he misused military resources.

Pinto also promised to use army resources to help a convicted colonel while he was on trial for executing 47 civilians as part of the so-called “false positives scandal.”

The general is close to former National Army commander Mario Montoya, who is not just accused of  involvement in the execution of 2,429 civilians, but ties to Medellin drug lord “Don Berna,” among other things.

Pinto was promoted to division commander by former army chief Nicasio Martinez and helped him try to make corruption investigations go away, but failed.

Why the 2nd Division commander is implicated in war crimes

Pinto’s alleged involvement in the killing of civilians is not just based on the fact he directly commanded units that executed civilians, but also on testimonies of subordinates who were sent to prison while the military commander made  a career claiming he was unaware of the murders.

According to his convicted subordinates, however, the general can’t credibly claim he is innocent of the murders committed by his subordinates in the provinces of Huila and Antioquia.

How can he not notice that the unit he’s leading is carrying out false positives or moving around weapons inside the offices without him noticing? If I saw everything that was going on, he did so even more.

His alleged involvement in the killing of civilians led Human Rights Watch to include him in a list of 23 controversial commanders who were being promoted by President Ivan Duque in 2018 despite evidence indicating they are criminals.

The corruption suspicions added to the alleged war crimes

Pinto appears to be one of the National Army’s “rotten apples” who have been rising to the top of the military hierarchy despite alleged involvement in war crimes and evidence of corruption.

When the general was still commander of the 8th Brigade in 2013, he was wiretapped while promising convicted Colonel Robinson Gonzalez army resources to help him defend himself against 47 homicides for which the colonel was sentenced to 37 years.

Last year, when Martinez was commander of the National Army and Pinto commander of the 3rd Division, Martinez ordered Pinto to block an investigation into alleged corruption that allegedly took place in the division under his command in 2014.

Their cover-up was discovered by Caracol Radio in July after those denouncing the conspiracy came forward with evidence.

Pinto sank even deeper into trouble earlier this month when Colonel Alvaro Amortegui, who served under the general before Pinto was transferred to Bucaramanga, publicly called on President Ivan Duque to intervene because he feared for his life after  he also reported corruption.

According to the colonel, he reported the alleged corruption in the 3rd Brigade to Martinez personally when Pinto was commander.

Instead of ordering an investigation, the former Army commander “informed the officials I requested to be investigated and obviously the persecution escalated,” according to the colonel who said he fears for his life.

Apart from the compelling evidence Pinto is both corrupt and a war criminal, the general appears to believe he can abuse the court system and sue victims to continue pretending he has honor and a good name.