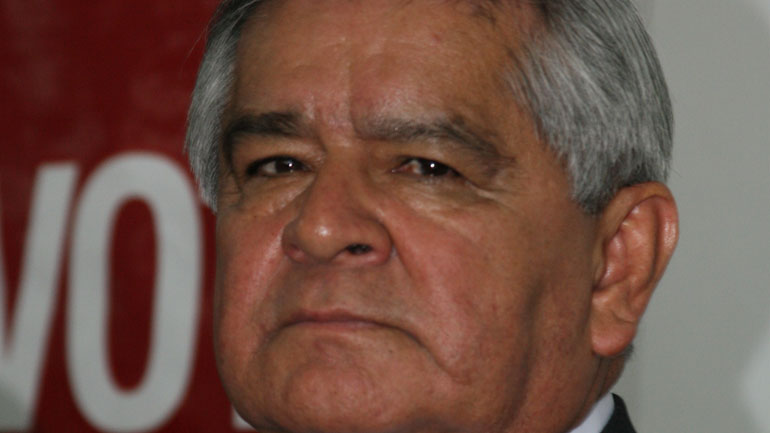 A former Liberal Party congressman was arrested on Sunday, four months after he was convicted for the 2002 murder of a journalist who had revealed corruption practices by the politician and his son.

Former House Representative for the Caldas province Ferney Tapasco was sentenced in June to 36 years in prison for the assassination of Orlando Sierra, a journalist from the provincial capital of Manizales who was the deputy director of local newspaper La Patria.

However, instead of presenting himself to prison authorities, Tapasco went fugitive.

According to the police, the convicted politician was arrested in the Estrella neighborhood of Manizales early Sunday morning following a months-long manhunt.

The politician had grown a beard and, according to the police, had called in the help of a local witch to prevent authorities from arresting him.

Nevertheless, the Liberal Party politician will have to face justice for the fourth time in his 40-year-long political career; In 2011 he was convicted to five years in prison for aligning himself with extreme-right paramilitary leader “Ernesto Baez” but was allowed to serve his sentence at home.

In 1978 he was convicted for extortion and in 1995 he was sentenced for obstructing a homicide investigation.

Tapasco’s son, who was elected to the House of Representatives in 2006 thanks to Baez’ support, was also sentenced to prison in 2011.

Politician’s use of paramilitary intimidation and drug money was relatively common in the 2002 and 2006 elections that saw Tapasco’s son elected and has since become known as “parapolitics.”

More than 60 former Congressmen are currently in prison and even the 2002 campaign of former President Alvaro Uribe has been compromised after the court found it had also been financed by paramilitary organization AUC.