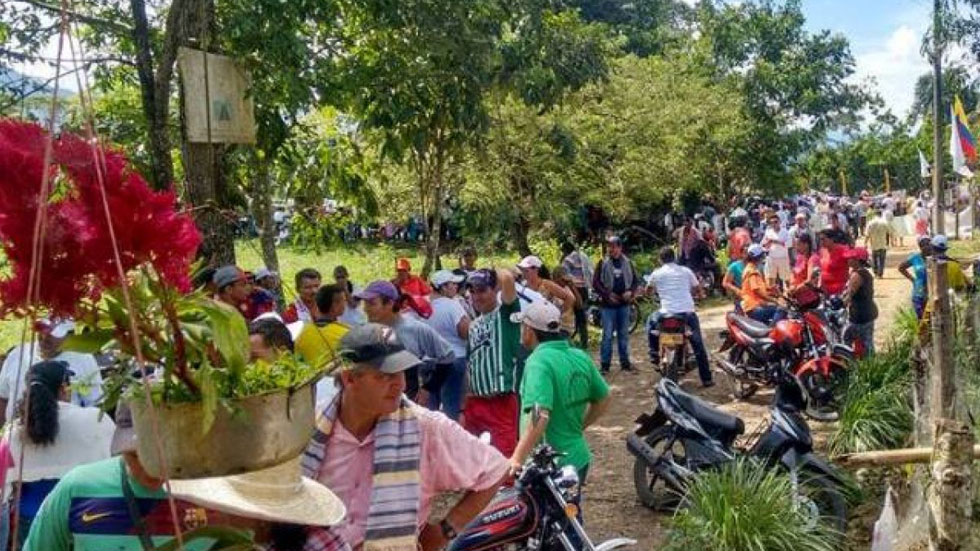 One man was shot by the military when thousands of locals from towns across the south of Colombia took to the streets on Monday claiming that fracking activities by foreign and local companies are damaging their livelihoods.

Protests were reported in El Doncello, El Paujil, Morelia and Valparaiso where thousands of locals reportedly took to the streets to demand action that would protect their lands from the effects of fracking.

According to the protesters, fracking activity of British oil company Emerald Energy in the Caqueta province is causing grave environmental damage to nearby waters and land, which in turn damages farmers’ businesses.

One of the protesters was reportedly shot by a soldier in Valparaiso, but according to protest coordinator Mercedes Mejia tensions between locals and the security forces are also present in other towns in Caqueta.

“The situation in Caqueta is delicate because of the entry of multinational oil companies. In the past hours one farmer was injured after clashes with the army in a rural part of Valparaiso. In the north of Caqueta we are also having serious inconveniences between the security forces and the civilian population,” Mejia told Caracol Radio.

A Colombian company called Petroseismic Service that wants to begin fracking activities in the south of the department saw materials destroyed by locals who reject the controversial form of oil extraction in the vicinity of their lands. 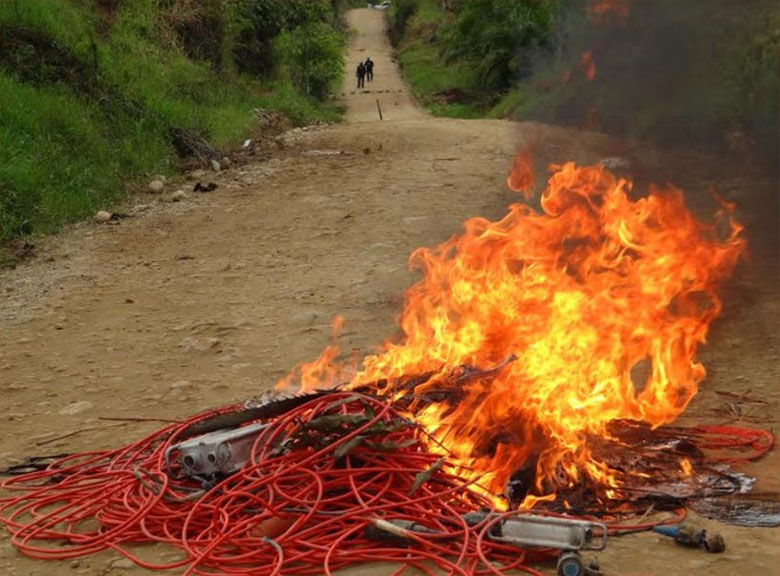 Shops in the towns of El Doncello and Paujil closed their doors out of fear clashes between local farmers and security forces would damage their businesses.

The protesters demand that authorities impose environmental regulation on the British mining company to prevent it from polluting the waters and lands they farm on.

The farmers called on the governor and their representatives in Congress to speak out and defend their constituents’ interests.

According to the protesters, authorities and the mining companies made agreements about fracking in the region without consulting the locals.

El Doncello mayor Sandra Losada called a special security meeting in response to the unrest and called on the national government to take action and ease local tensions.

“We are calling on the national government to send a high-level commission to mediate. I am concerned because each day the number of farmers that join the protests increases,”

The national government in Bogota has yet to respond.