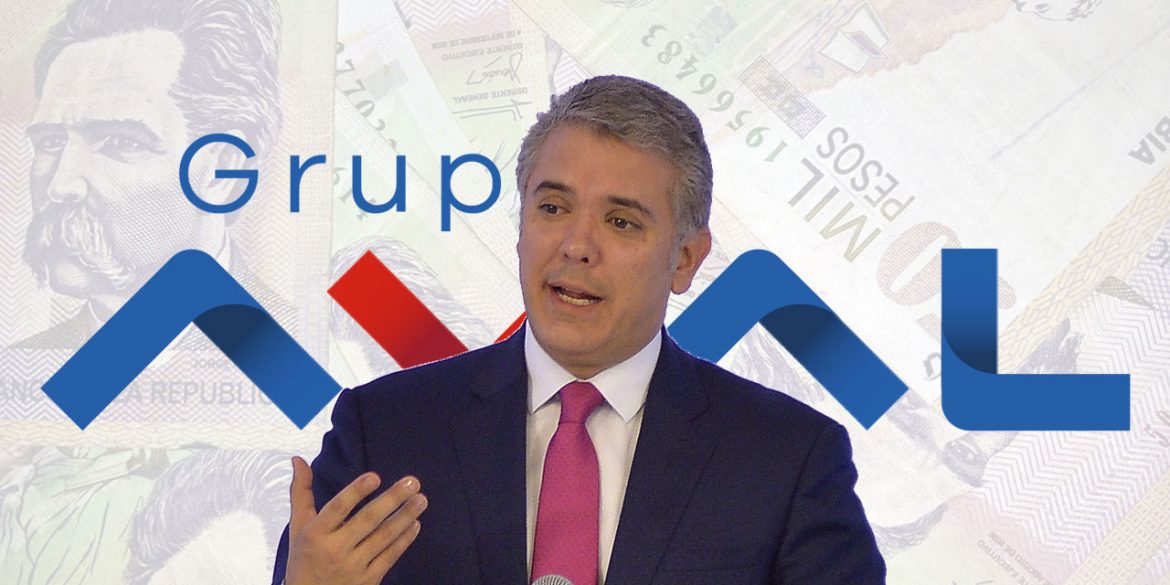 The warning came from Colombia’s former anti-corruption chief and current member of the International Institute on Anticorruption Studies (IIAS), Camilo Enciso, just when the Supreme Court is studying Duque’s proposed candidates to investigate the bribery of the Brazilian engineering firm.

The anti-corruption official sent a letter to the Supreme Court, warning the high court about Grupo Aval and Duque’s evident conflict of interest in the investigation.

It is necessary to bear in mind that Banco de Bogota is a financial entity belonging to Grupo Aval, a business group linked to Corficolombiana, minority partner of Concesionaria Ruta del Sol II. In turn, the Concessionaire Ruta del Sol II, as the country has known, has been involved with the corruption case that today captures the attention of all Colombians.

Colombia’s chief prosecutor Nestor Humberto Martinez, who was “Sarmiento’s guy” until his appointment in 2016 has been removed from the case, as well as the entire Prosecutor General’s Office.

Revelations that Martinez knew about the bribery before becoming Prosecutor General spurred the court to seek the appointment of a special prosecutor, based on a shortlist composed by the president.

The scandal is slowly turning into a constitutional crisis. If the Supreme Court decides the president cannot propose special prosecutor candidates because of his conflict of interest, there exists no legal precedent of how this special prosecutor could be appointed.

Martinez has rejected to make place for a new prosecutor general, who would also have to be proposed by the president, creating a virtually impossible situation to adequately investigate one of the biggest corruption scandals in Colombia’s recent history.