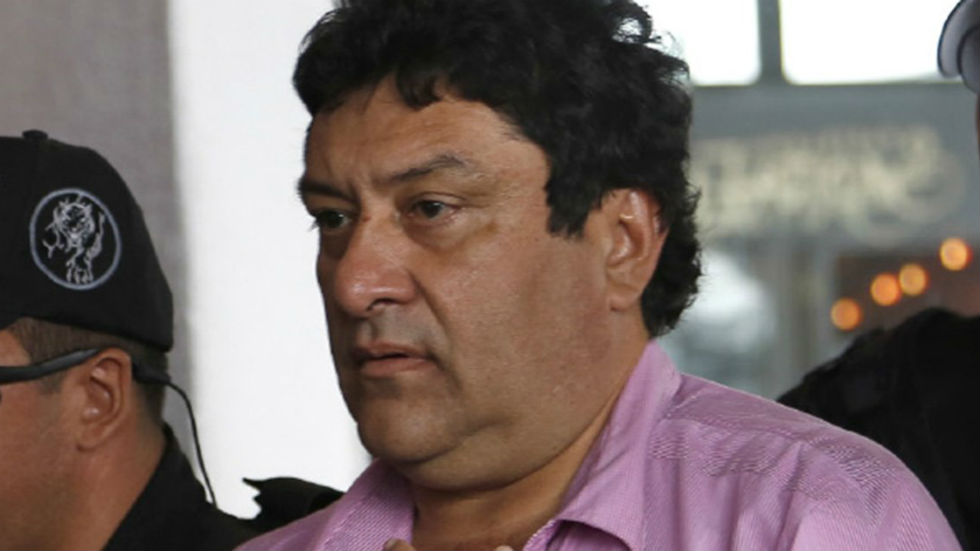 A former governor of the La Guajira province in Northern Colombia was on Monday sentenced to 55 years in prison for his involvement in a triple murder.

Juan Francisco “Kiko” Gomez was sentenced for the murder of Yandra Brito, the former mayor of Barrancas in La Guajira, her husband Henry Ustariz and her bodyguard Wilfrido Fonseca by the specialized 8th judge of Bogota.

Gomez was sentenced for the crimes of aggravated murder, attempted murder, illegal possession of weapons and conspiracy to commit murder.

The ruling deliberated that there was sufficient evidence to prove a link between the former Governor and crime boss Marcos Figueroa Garcia, alias “Marquitos Figueroa,” one of Colombia’s most notorious criminals.

The ruling adjudged that the murders were carried out under the instruction of Gomez but at the hands of Figueroa’s men.

There is sufficient material elements of evidence, between testimonies and documents, that show participation in the plan to assassinate the ex-municipal Mayor which was finalized by men of the criminal organization of ‘Marquitos’ Figueroa.”

The Prosecution were in no doubt that the triple murder was not as a result of a direct motive of the Figueroa’s criminal organisation and thus must have been under the orders of Gomez who had a political agenda.

This case was reflective of a period when “parapolitics”, links between political figures and paramilitaries were all too common.

Assassins or intellectual authors of the facts had no reason to take the life of the ex-mayor, which suggests that they were sent by some political enemy, given the complex time and convulsed policy that existed in the region in 2008 “.

Henry Ustariz and Wilfrido Fonseca were killed in April 2008.

Following her denouncement of Kiko Gomez before Colombia’s Technical Investigative Unit (CTI), Yandra Brito herself was murdered in a hail of rifle fire in the Guatapuri neighborhood of Valledupar on August 28, 2012.

In 2013, the National Protection Unit discovered a plot to kill three researchers who had uncovered the parapolitics scandal leading to Gomez’ arrest. The three subsequently fled the country in fear for their lives.

Following a request by the Prosecutor General’s Office in June 2014, the trial was moved from La Guajira to Bogota amid fears of a lack of judicial transparency in local courts according to a local newspaper El Pais Vallenato.

The Prosecution condemned Gomez for abusing his position of power expressing disappointment that such a high profile political figure would have engaged in such a conspiracy in another damning condemnation of Colombia’s political corruption.

It is regrettable that the two-time mayor and then governor prominent and recognized in La Guajira and nationally for his investiture and work had a completely different behavior which he demonstrated with these crimes.”

Even before Gomez came to political prominence, he had done time for illicit activities:  “In 1991, Gomez briefly served time in prison on gun and cocaine possession charges, before beginning his political career as town Councillor of Barrancas in 1992,” according to InSight Crime.

The guilty verdict places him amongst dozens of former political figures who will spend time behind bars for links to paramilitary organizations as Colombia’s  “parapolitics scandal” continues to throw up conspiracies.

Colombia’s paramilitaries were created in the 1980s by drug traffickers and ranchers to counter leftist rebel kidnapping and extortion. But they evolved into drug-trafficking gangs.

Links between politicians and paramilitary groups, is not an uncommon occurrence, as some 140 former congressmen have pending criminal investigations against them.

Kiko Gomez will now await a decision on further charges against him surrounding the murder of Barrancas councilman, Luis Lopez Peralta and two others reported El Espectador newspaper.