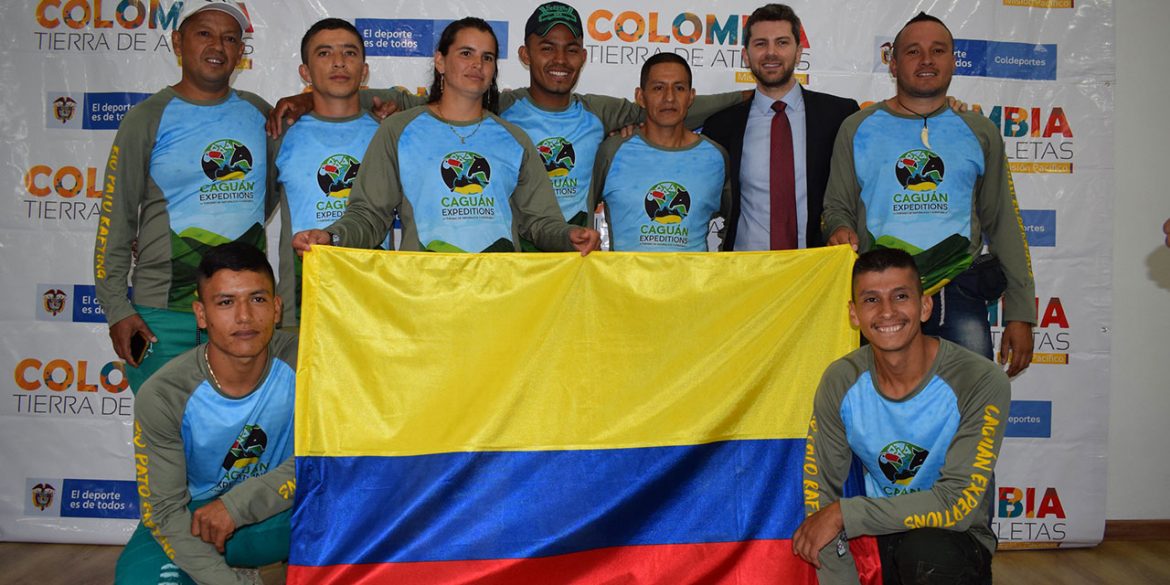 Colombia will be sending a team mostly made up of former FARC guerrillas to the International Rafting Championships in Australia later this month.

The team, which will compete under the name of Remando por la paz (Paddling for Peace) consists of eight people, and contains five ex-combatants, all of whom qualified as rafting instructors after the peace deal.

Their journey to the world championships has been made possible not only by their own determination, but also the support of the national government, the United Nations and the international rafting community.

From combat to rafting

The former guerrillas’ journey began in the Caqueta province of southern Colombia, a region still smarting from the conflict and well-known to FARC members who combated the state from the south for decades.

Eighteen months ago they began assessing an area surrounding the Pato river as a potential eco-tourism destination. They found conditions there to be favorable to rafting, and all trained to become rafting instructors with the help of a reintegration program as part of their reintegration program.

Fast forwarding to 10 months ago, they were open for business and the President of the International Rafting Federation visited their reintegration camp.

According to Mauricio Artiñano of the UN mission in Colombia, he was “deeply impressed and moved by the uplifting stories of the ex-combatants” and invited them to compete in the International Rafting Championships, which will take place next week.

Artiñano also discussed the wide variety of backing offered to the team, including financial support offered by private donations, the support of the Sports and Tourism Ministries, and the provision of equipment including boats and life jackets by a company from Costa Rica.

A victory for reintegration

On Wednesday morning, the team were handed a Colombian flag in a ceremony attended by a small but diverse group of government officials. A deeply poignant moment, the symbolic significance was not lost on any of the attendees.

Ernesto Lucena, the director of sports federation Coldeportes, was determined for this ceremony to take place, aware of the significance of the moment for the peace process.

These ideological differences must be overcome, and sport is how to achieve it.