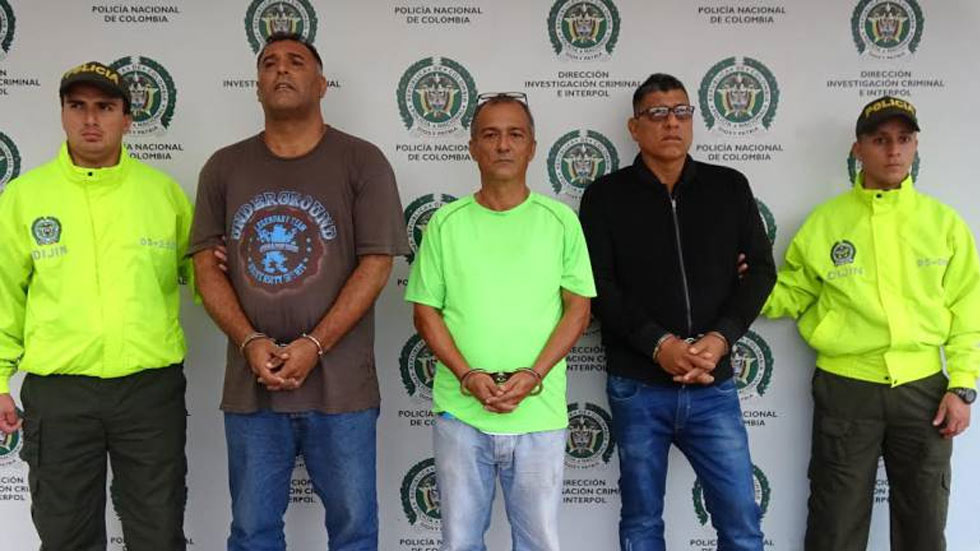 Former Colombia defender John Jimenez was arrested on Sunday for ties the “Los Rastrojos” drug cartel and will reportedly be extradited to the United States to face money laundering charges.

Jimenez is wanted to stand trial before a judge in the US state of Florida and was arrested in Cali, the capital of the Valle del Cauca province.

The retired soccer player and a number of his partners in crime “were dedicated to launder money in informal shopping centers in the city of Cali,” Valle del Cauca, the home turf of the Rastrojos, General Jorge Luis Vargas of the Police’s Technical Unit said.

Jimenez allegedly was part of a network within the Rastrojos organization that allegedly $3.3 million that would later be invested in the construction of hardly detectable submarines used to ship cocaine to the US, the world’s primary cocaine consumer.

The retired sportsman, who also played for local teams America de Cali and Quindio, allegedly used his family’s local fame as businessmen, “which made it easy for them to make the illegal money appear legal and reside in Cali’s exclusive sectors.”

Jimenez was arrested with two other men alleged to have taken part in the money laundering racket.

The Rastrojos are a drug trafficking organization that split from the Norte del Valle cartel in the early 2000s.

What initially was an enforcer army then became the primary heir of the decomposing cartel.

Between 2004 and 2011 the group became one of the largest drug trafficking organizations in Colombia until a war against their main rivals, paramilitary group AGC, a.k.a. “Los Urabeños,” that was lost by the Rastrojos.

Consequently, the Rastrojos’ leaders either surrendered to the US authorities or were arrested and the organization lost its dominant role in the transnational drug trade.

The group formally still exists, but is suspected to have split in three with infighting further threatening its future in Colombia and its role in international drug trafficking.