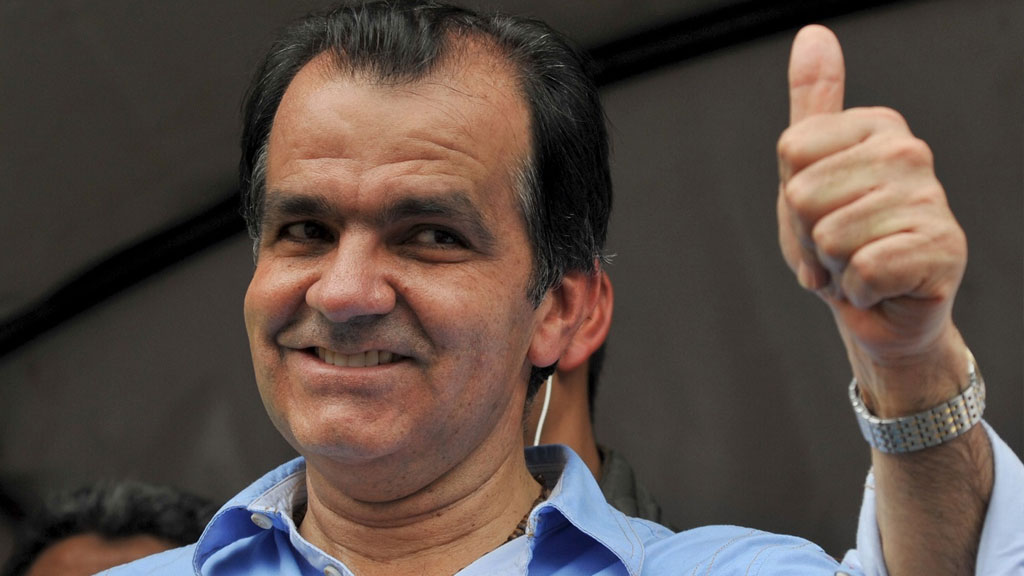 Zuluaga (Democratic Center) had been under investigation after he was seen on film being briefed by convicted political hacker Andres Sepulveda, who wiretapped the peace talks between Colombia’s government and the FARC rebels in Cuba but has now been acquitted.

The video was shot by a colleague of Sepulveda, who is accused of being a double agent spying on the opposition after he reported illegal spying on peace talks allegedly carried out by the Zuluaga campaign.

The mutual spying scandal became the main issue ahead of the presidential election that saw Zuluaga win the first round and President Juan Manuel Santos (U Party) the second.

The Prosecutor General’s Office took the decision “in the face of the absence of motives or factual evidence that even allow reasonable inferring that the actions of Zuluaga may have any characteristics of crime.”

The only evidence of involvement in the spying came from the video shot by the alleged double agent of Zuluaga’s meeting with Sepulveda, who was hired by campaign manager Luis Alfonso Hoyos, an ex-minister.

“The hiring of Sepulveda can not be attributed to Zuluaga,” read the prosecution’s statement.

In response to the decision, Zuluaga slammed what he considered to be an under handed plot to destroy his presidential campaign by the then Prosecutor General Eduardo Monteleagre who initiated the criminal investigation three weeks before the first presidential round in May 2014.

Montealegre’s name has been mentioned in the criminal investigation of the alleged counterintelligence operation.

We hope that the truth is known before the recent complaint that I filed with the Prosecutor’s Office, where we demonstrated the criminalization of my campaign, which had as a purpose to infiltrate it in order to prevent me from winning the presidency. There is no record in the country’s democratic history of anything so serious.”

The former Democratic Center candidate’s representative Federico Hoyos said that justice was done. “Zuluaga is an honorable and correct man. I am happy for him and his family,” Hoyos, not related to the campaign manager with the same name, was quoted as saying by El Colombiano newspaper.

The preliminary investigation against the then presidential candidate began because Sepulveda said that the activities undertaken in his office were ordered by Zuluaga, his son David Zuluaga and the campaign manager.

The Prosecutor General is however going to continue with the preliminary inquiry against David Zuluaga and Hoyos, the so-called “spiritual adviser” of the campaign.

Zuluaga and his Democratic Center recently called on the Prosecutor General to investigate allegations that his 2014 campaign too was infiltrated while being spoon-fed information by the National Intelligence Directorate (DNI), Colombia’s main intelligence agency.

The alleged State agent in question is Rafael Revert, a Spanish hacker who was hired by the opposition campaign as part of the “cyber attack” team against Santos.

Revert, who was a key witness in the trial against the now-convicted Sepulveda, has publicly admitted he reported the spying to the Prosecutor General’s technical investigation unit CTI.

According to news website Las2Orillas, the Spanish hacker seemed to subsequently be employed by the DNI as a double agent, spoon-feeding the Zuluaga campaign pre-approved information.

At the same time, the Spaniard allegedly informed the DNI on the goings-on in the Zuluaga campaign and gathered the evidence that was later used by the Prosecutor General’s Office to file criminal charges against Sepulveda, Hoyos, Zuluaga and the former candidate’s son.

This investigation that could have major ramifications for the Santos administration is ongoing.