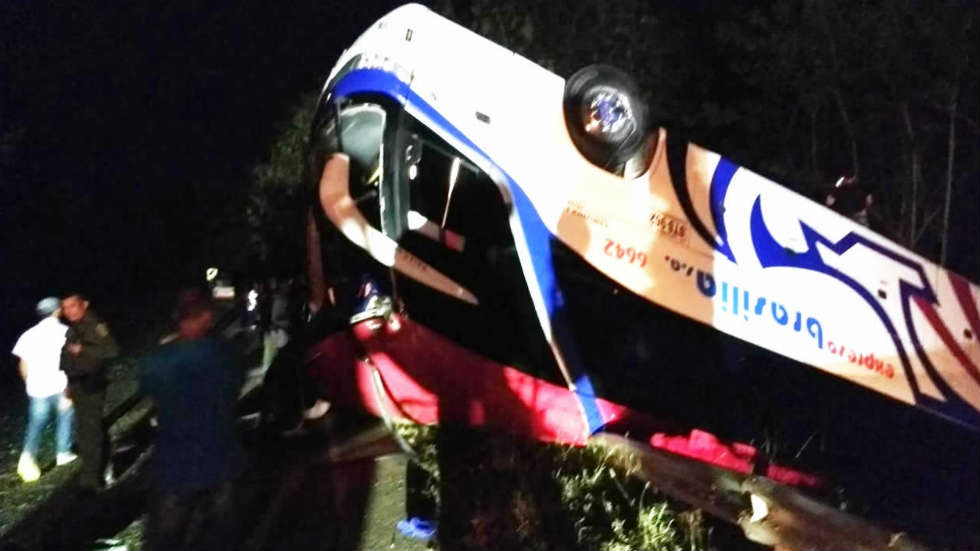 A bus accident in northern Colombia killed at least five people and injured at least 16 on Sunday, local authorities said.

The driver of the bus, three adults and one minor died in the crash, according to the police official.

The fatal crash of the Cartagena–Medellin bus took place between Planeta Rica and Pueblo Nuevo and is the second major bus accident in Colombia in less than a month.

Some 30 passengers were on the bus, local media reported.

Bus company Brasilia sent out a press release in which it said to “deeply regret” the accident that cost the life of one of their workers.

The company said the driver had 15 years of experience in the transport sector.

Noticias Caracol reported that investigators assume that mechanical failures caused the driver to lose control after which the bus rolled over.

Other possibilities will also be investigated, transport authorities told the television program.