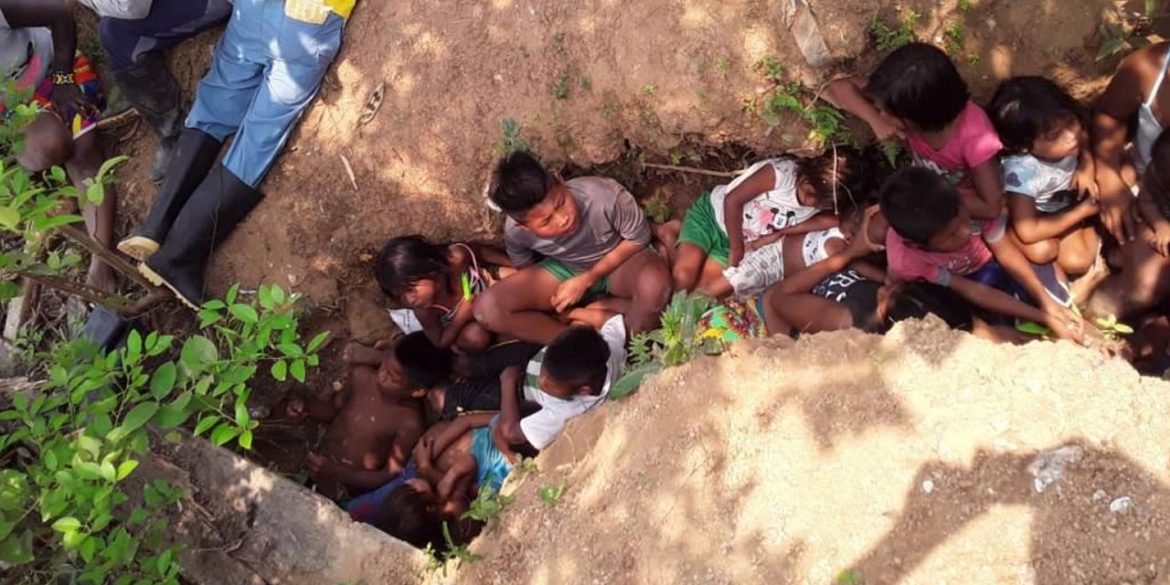 Children hiding in a ditch to avoid getting shot. (Image: ONIC)
News

The intensification of warfare in western Colombia is particularly aggravating the humanitarian situation in the Choco province where thousands are caught in the crossfire, the Red Cross said Thursday.

According to the humanitarian organization, so far this year, almost 900 people were displaced and almost 8,000 people were unable to move between January and April because of the war in that province alone.

This is an increase of 238% and 282% respectively compared to the same period last year.

Throughout Colombia, the Red Cross said that the UNHCR has registered the forced displacement of more than 8,600 people in 29 events of mass displacement.

The primary cause of the forced displacement and confinement of communities in Choco is fighting between guerrilla group ELN and AGC paramilitaries, who are fighting over control over territory abandoned by the FARC in 2017.

Newspaper El Espectador reported last week that the affected communities in northern Choco have said that the military is colluding with the paramilitaries to fight against the country’s last-standing rebel group. This has been denied by the regional military commander.

Nevertheless, no military action against the AGC, considered Colombia’s largest drug trafficking organization by the United States, has been registered in Choco.

The fighting in the province in mainly taking place in the northern Darien region and where the San Juan River meets the Pacific Ocean. Both regions are strategic areas for drug trafficking.

Control over strategic drug trafficking routes is not the only reason for the sharp increase in violence in Choco. The Red Cross said that control over illegal mining project and violent resistance against the restitution of land that was dispossessed during the armed conflict are other contributing factors.

To add to the locals’ suffering, virtually unattended floods victimized more than 30,000 people, particularly in the southwest of Choco.

The province, where more than two thirds of the population has already been victimized by Colombia’s armed conflict, has suffered from state neglect for centuries.