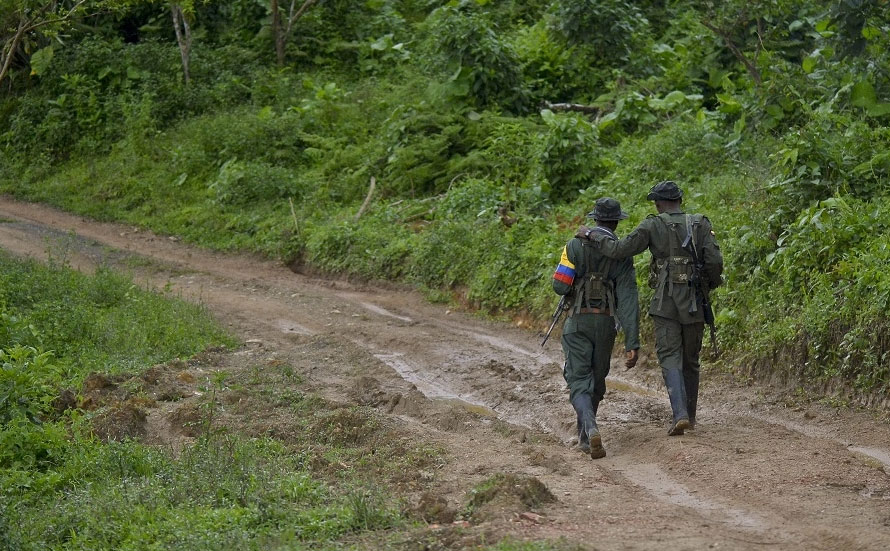 The first dissident FARC group surrendered to authorities on Saturday, only three months after refusing to demobilize with Colombia’s largest guerrilla group, the military said.

“Mojoso,” the first commander of the FARC’s dissident 14th Front in the southern Caqueta province, was kicked out of the FARC days after the guerrilla group signed peace with the administration of President Juan Manuel Santos.

Instead of entering the peace process, the long-time guerrilla abandoned the rebel group he had been a member of for some 20 years with approximately 20 of his subordinates, according to newspaper El Tiempo.

“Mojoso” and eight of his men surrendered to members of the military.

The front was one of six that was expelled from the FARC in December for not obeying central leadership orders to begin their demobilization, disarmament and demobilization process.

However, according to El Tiempo, the group entered in disarray after members of the demobilizing “Teofilo Ferrero” column attacked him and killed his alleged girlfriend in what was later condemned as a “grave” violation of the peace deal.

Additionally, “Mojoso” reportedly failed to join other dissident FARC fronts, which left him vulnerable to military action and paramilitary groups, who have been rushing into former FARC territory in a clandestine race to obtain abandoned FARC criminal rackets.

Ultimately, the 44-year-old guerrilla gave up and surrendered to authorities in the municipality of Cartagena de Chaira, Caqueta.

Because he no longer is a formal member of the FARC, Mojoso will not be able to enjoy the benefits of the transitional justice system that grants reduced sentences to guerrillas and soldiers convicted of war crimes.

Instead, he will have to respond to charges of homicide, kidnapping, extortion, robbery and others before a civilian court.

According to the Defense Ministry, “between 5% and 7%” of the FARC has been declared in dissent. However, the ministry has consistently downplayed or denied irregularities in the peace process, meaning this could be considerably more.

On average, some 20% of illegal combatants abandoned from peace processes held across the globe over the past decades.

In Colombia, several groups formed from far-right paramilitary organization AUC that demobilized under former President Alvaro Uribe in 2006, have since rearmed to form considerable armies and have since become the country’s principal human rights violator with control over numerous drug trafficking routes left by the AUC.